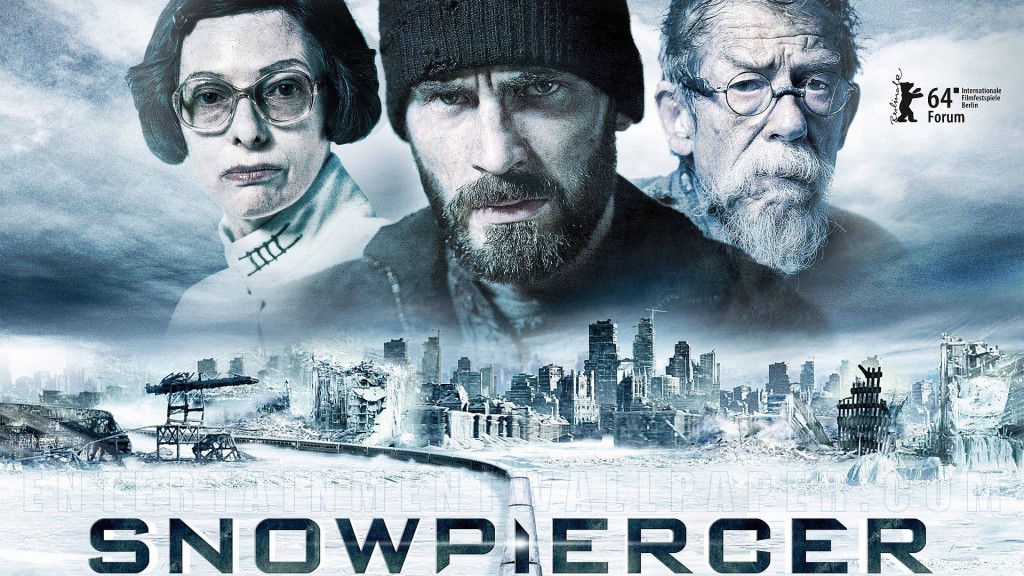 For the past year or so, Captain America star Chris Evans has been stating in interviews that he’ll probably retire from acting after his contract with Marvel Studios is done, with plans to go into directing shortly thereafter. Looking at his resume, it might seem understandable: he’s been a few movies that leave much to be desired, such as the Fantastic Four films and stuff such as Push and The Nanny Diaries.

Despite these films, Evans would be an idiot to retire from acting.

For starters, his role as Freddie Prinze Jr.-doppelganger Jake in the awesome satire Not Another Teen Movie showcased his excellent comedy chops, which pop up once in a blue moon, such as in Edgar Wright’s comic adaptation Scott Pilgrim Vs. The World playing self-important movie star/Evil Ex Lucas Lee. And while known for his action chops in the likes of Cellular and more recently as The First Avenger, he doesn’t smile and wink and phone it in like most action stars. (COUGHBruceWillisCOUGH) He’s actually pretty decent at bringing some pathos to his characters, making them sympathetic and relatable; he can make a goody-two-shoes such as Steve Rogers interesting to watch before he turns into Captain America, and doesn’t turn him into a generic tough guy. 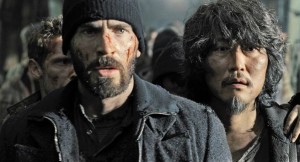 What I’m getting to is, Chris Evans is actually a good actor. And his latest film, Snowpiercer, is Evans’ potential magnum opus, should he retire from acting.

An adaption of a French graphic novel by South Korean director Joon-ho Bong, (2006’s The Host, not the 2013 film) Snowpiercer takes place a couple decades into the future. An attempt to combat Global Warming resulted in turning the whole planet into an ice cube, killing most of the life on Earth. The few remaining people on the planet board a giant, perpetual-motion-powered train – the Snowpiercer – that circles the globe. A class system evolves shortly thereafter; the front of the train are occupied by the elites, while the poor cope in the back of the train. Curtis, Evans’ character, is stuck at the back and is looking to take the front of the train.

Curtis isn’t alone in his efforts. Elder Gilliam (John Hurt) is supportive of Curtis’ planned rebellion. Teenager Edgar (Jamie Bell) is his young ward, itching to get to the front of the train. Tanya (Octavia Spencer) joins his crusade in the hopes of getting her son Timmy back after he’s taken to the front by armed guards. But as they pass through the many train cars, they find themselves up against the likes of Minister Mason (Tilda Swinton, who’s fucking eating the scenery and clearly loving every minute of it) and various baddies, some of which are not as obvious as they would appear.

It’s been awhile since I’ve seen a sci-fi film of this caliber; I couldn’t even name the last one I’ve seen that was as cutting and dark as Snowpiercer. It’s a metaphor for the dark side of capitalism and class systems and what happens when we attempt to control our environment. At the same time though, it’s a unique, badass action film. Evans is well suited for it; an axe-wielding fight against Gimp-looking psychopaths in (what I assume is) the butchers’ car is pretty fantastic. The breakout from the rear of the train in the beginning as also well-done and genuinely exciting.

Let’s talk acting. If you didn’t get it by now, I think Evans is a good actor, and his role as Curtis is superb. Without giving too much away, his revelation to door-lock engineer/prisoner Namgoong Minsu (Song Kang-ho) about his early days on the train were shocking and heartbreaking at the same time, and his aggression toward Swinton’s buck-toothed Mason really comes through the screen; he can be frightening at times.

The actor that stood out for me though: Alison Pill, Evans’ co-star from Scott Pilgrim, who plays a creepy-as-fuck schoolmarm that’s “teaching” kids about the history of the train and it’s creator, Wilford. (Ed Harris, I won’t go into it here, too much to spoil.) It’s the most unnerving scene in the film, watching her propagandizing her pupils with white-washed facts about rebellions past and catchy songs about Wilford.

The only complaint I have about Snowpiercer is a bit about Yona having clairvoyant-like abilities; that seems too convenient story-wise. Aside from that though, if you can see Snowpiercer in theaters, do it, you won’t be disappointed.