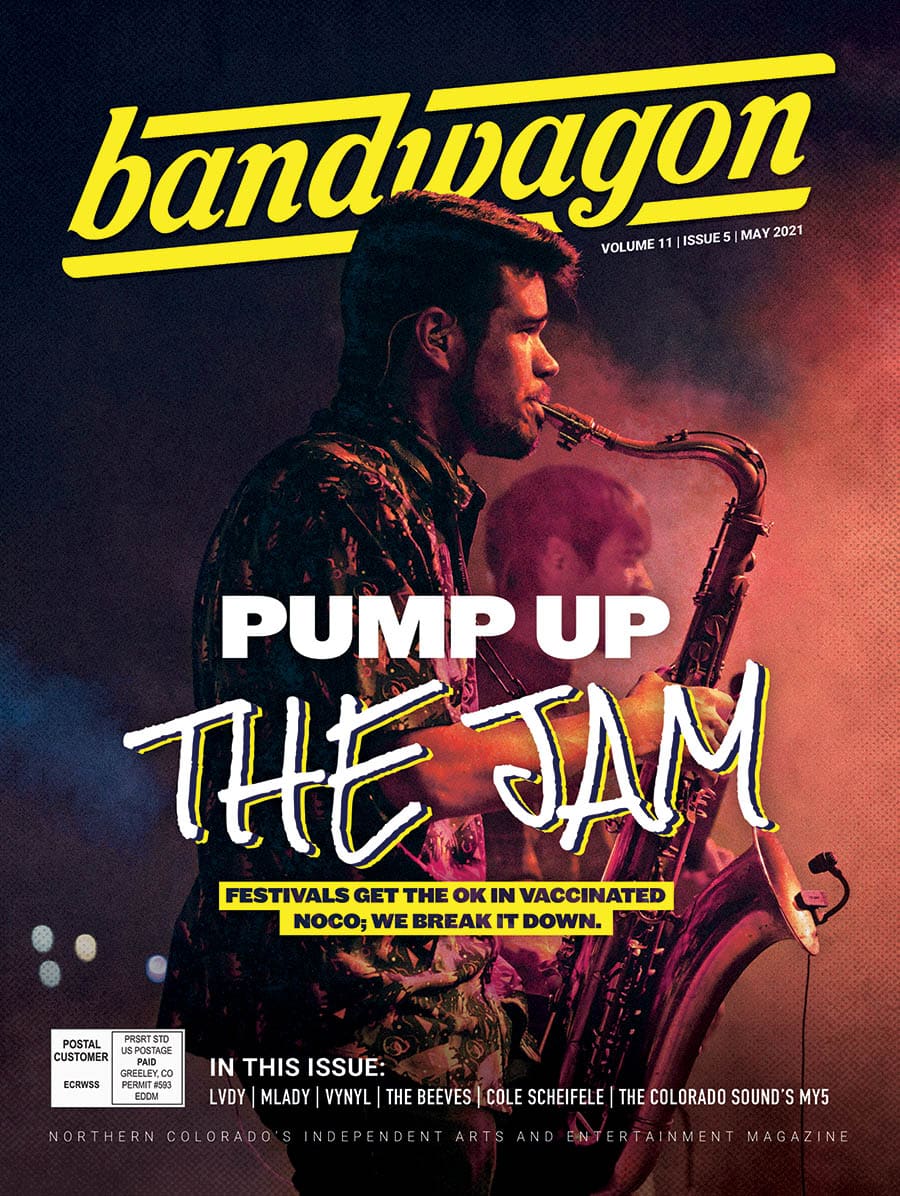 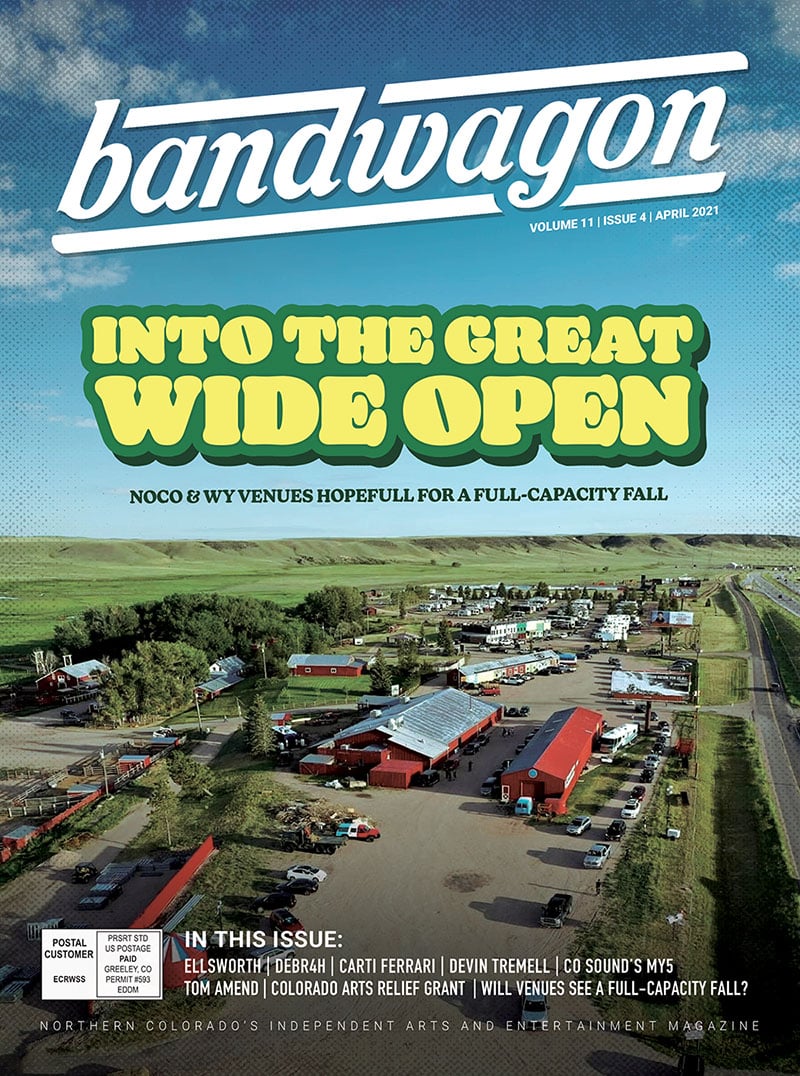 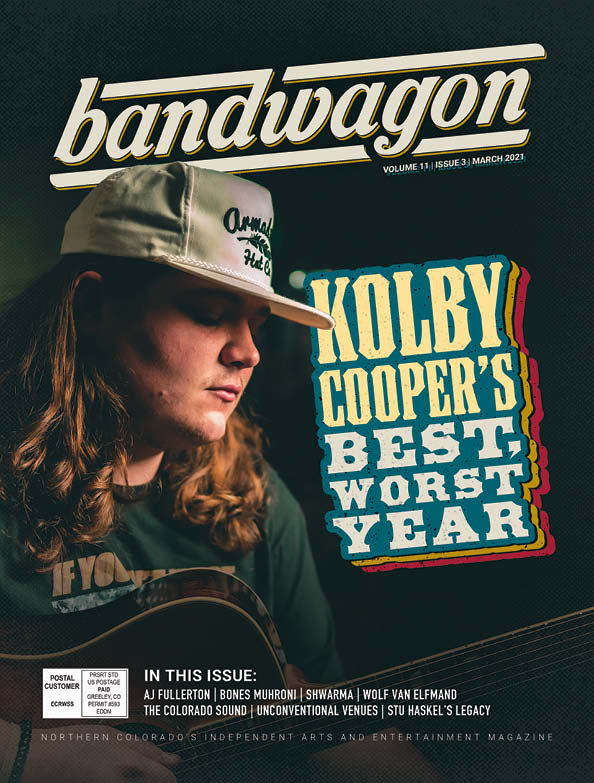 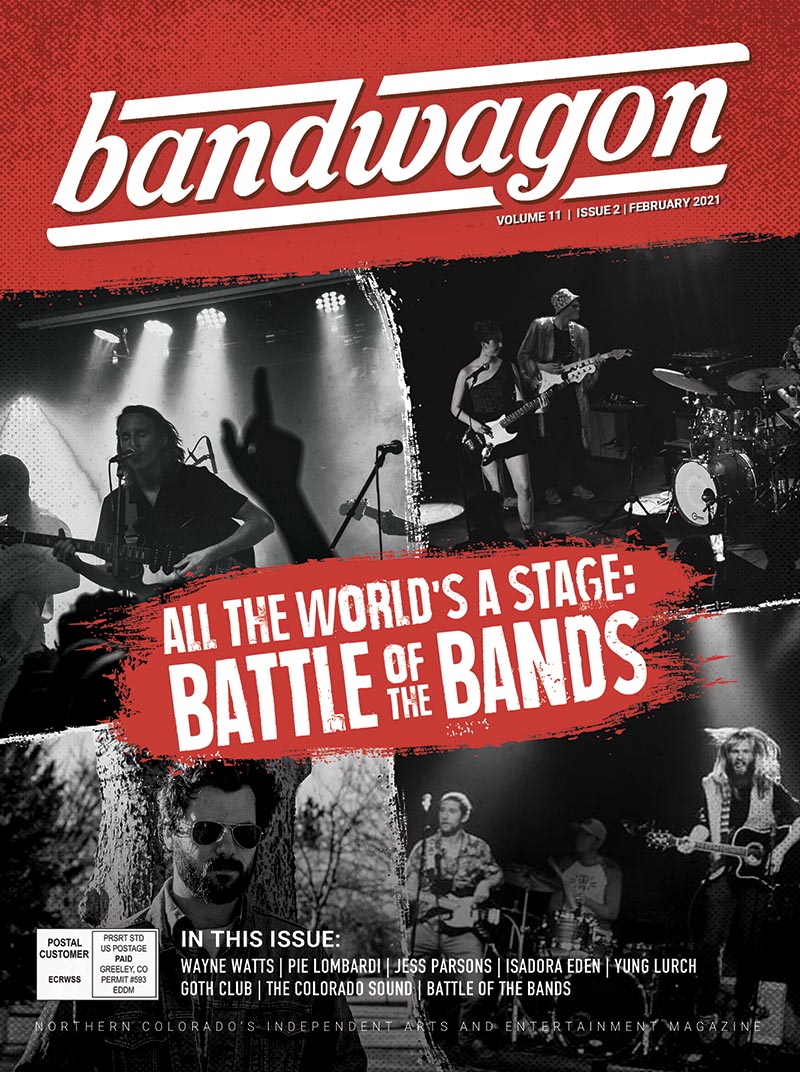 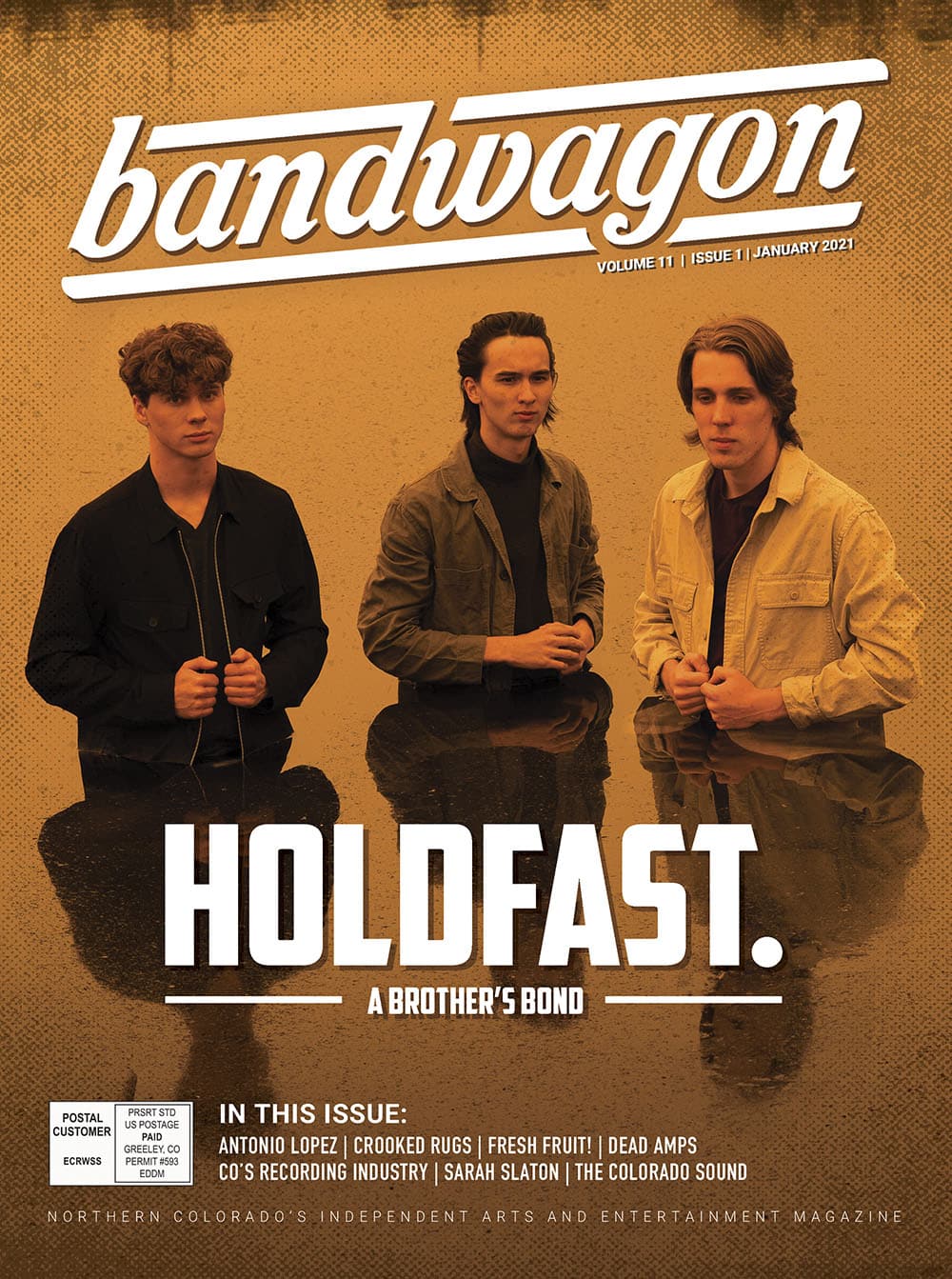 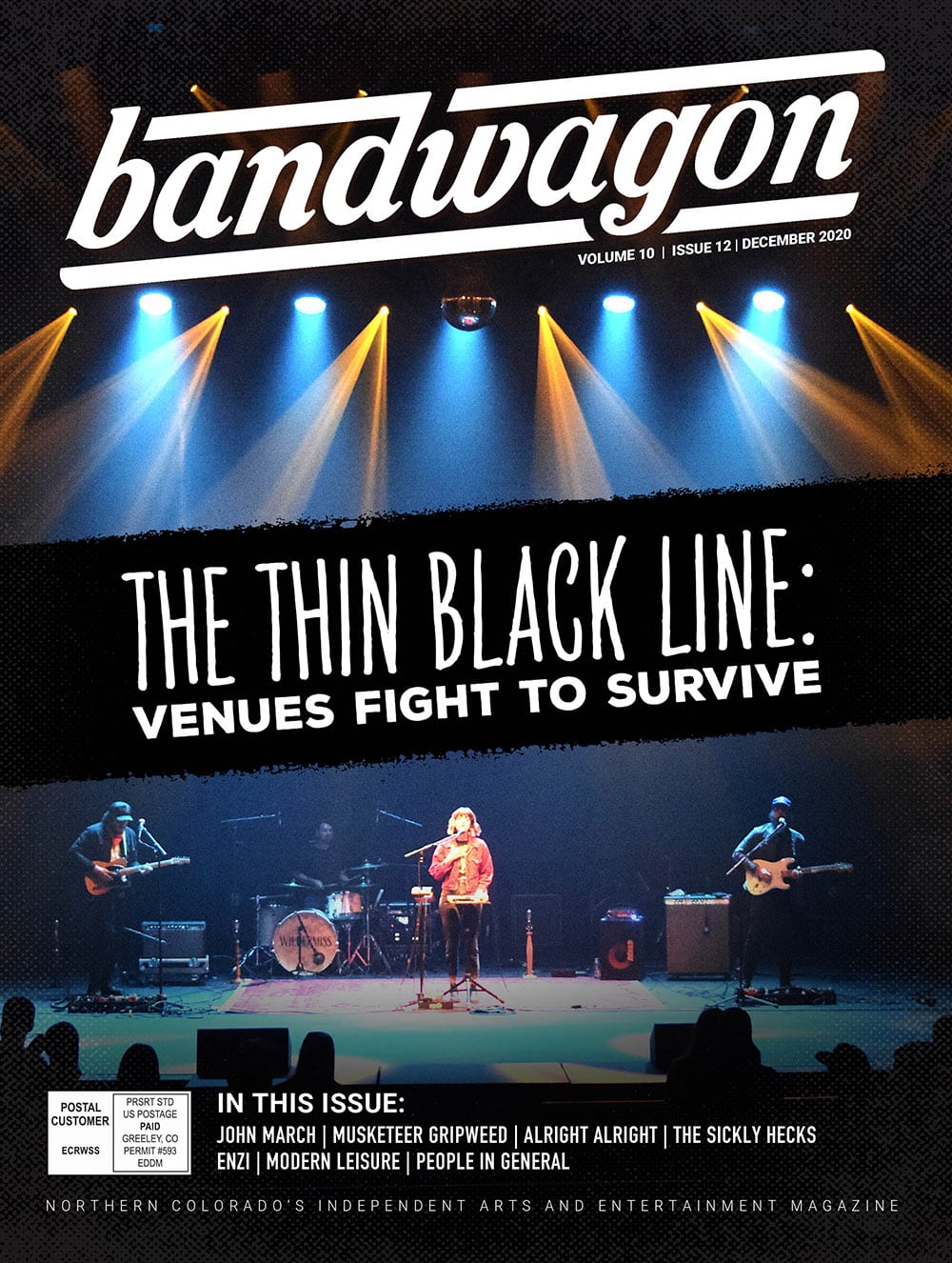 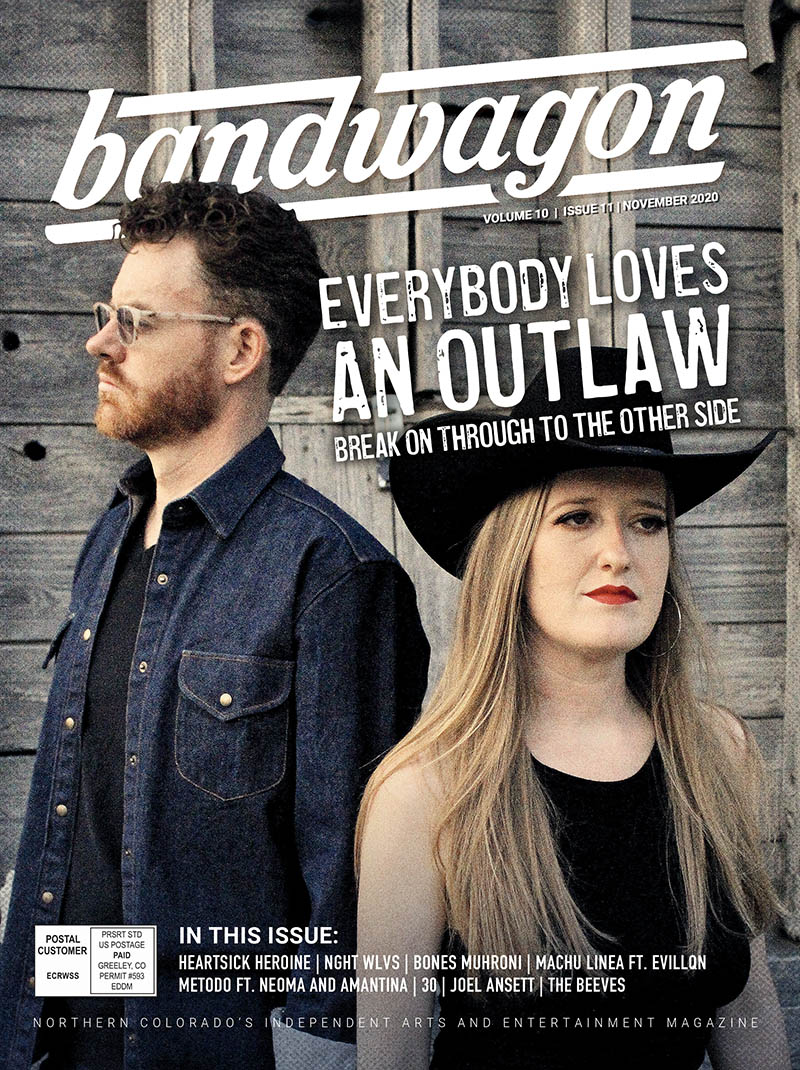 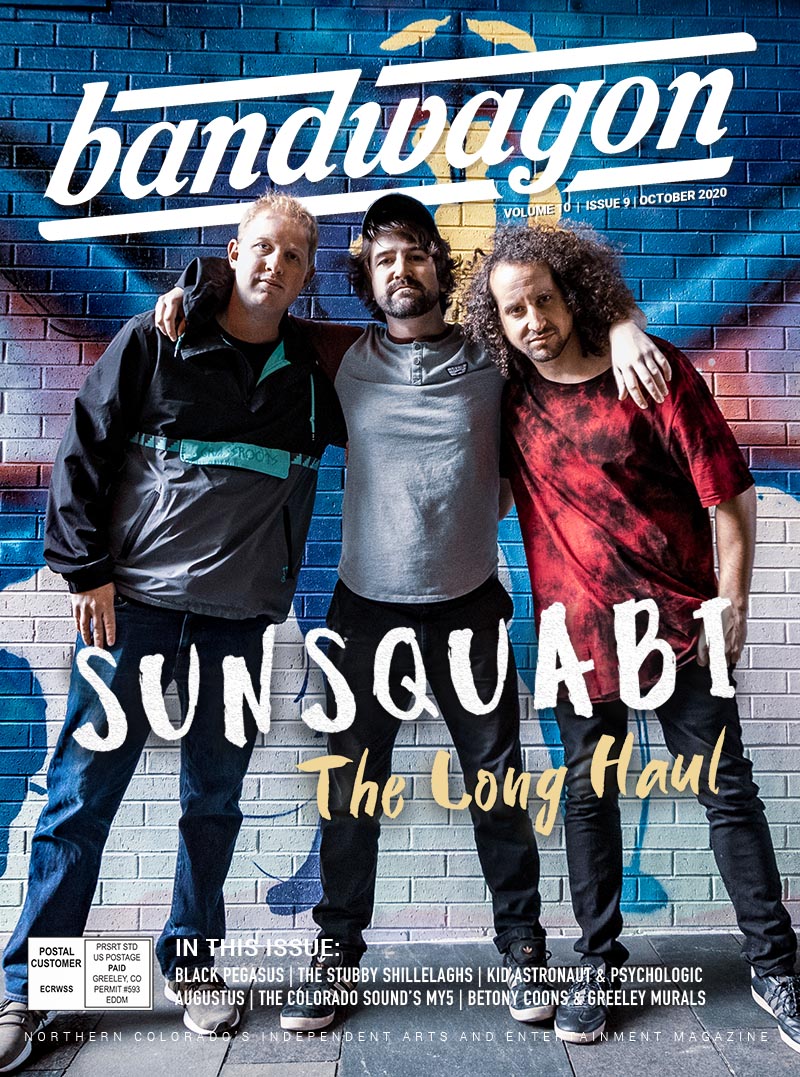 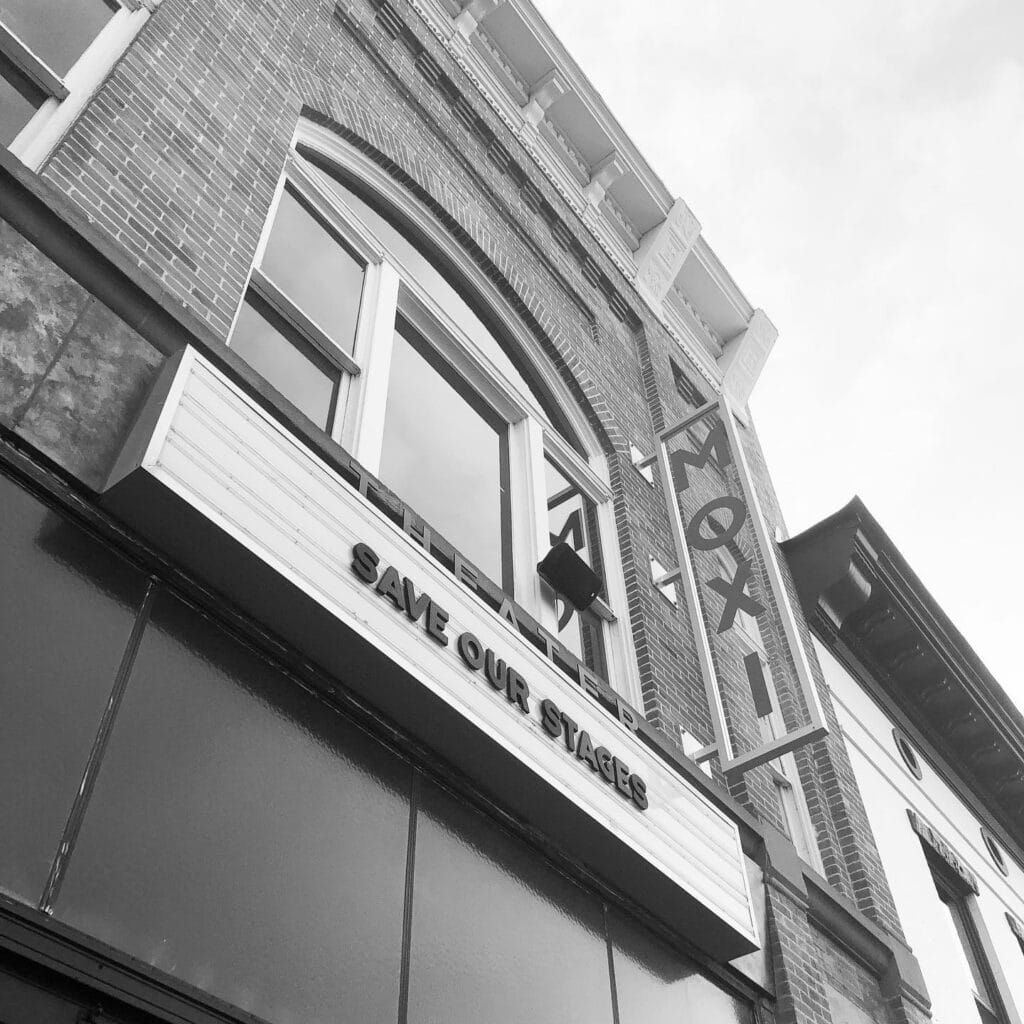 Just Wanna Have Funds: Did the Colorado Arts Relief Grant Support the Organizations it Intended? 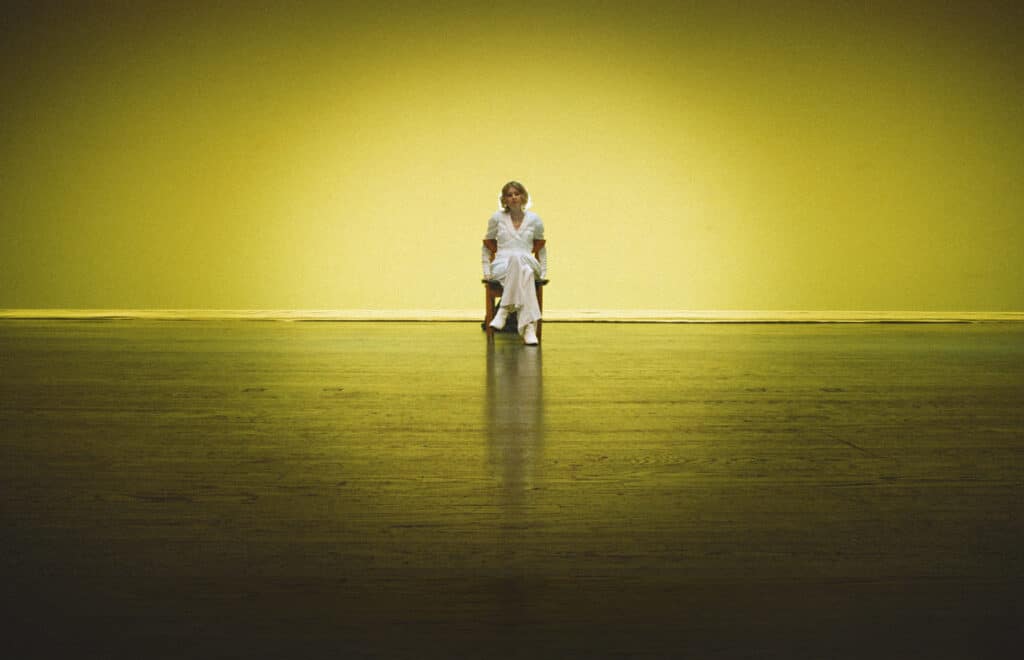 Home Team For The Win: The Burroughs’ “Zero Sum Game”

After a year, The Burroughs have re-emerged with a new video and single, “Zero Sum Game,” a first time songwriting collaboration between drummer Mary Claxton and frontman Johnny Burroughs. It marks Claxton’s official debut as a lead vocalist with The Burroughs. On one Saturday afternoon at Greeley’s huge, vacant Union Colony City Center stage, the video was filmed in a single, continuous shot, keeping focus on Claxton’s unbroken gaze as her environment seamlessly changes around her. 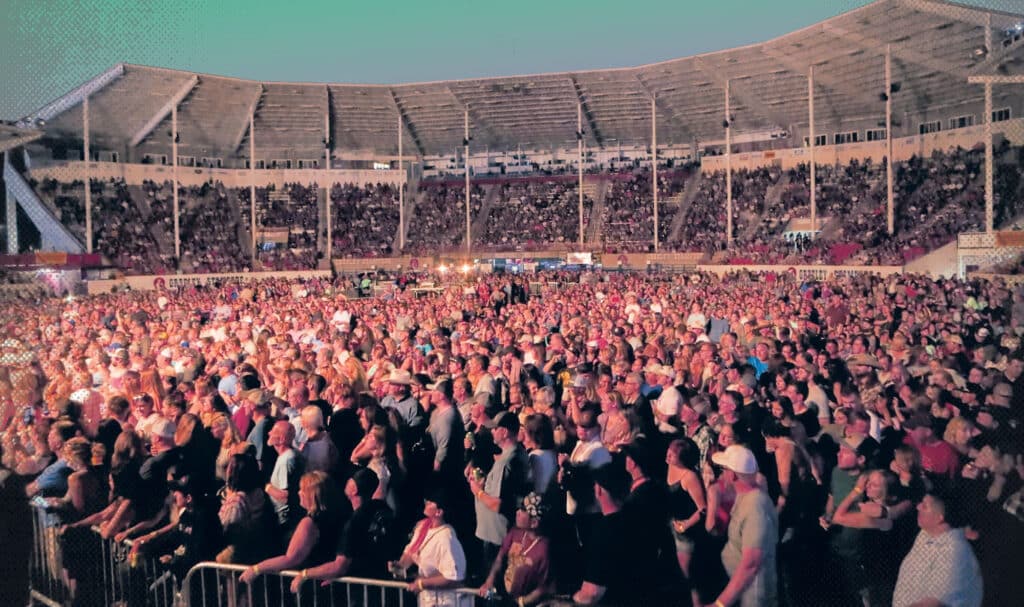 Pump Up The Jam: Festivals Get the OK in Vaccinated NoCo – We Break It Down

Justin Watada sighed through a tired laugh. “I’ve had better years,” he said. Watada’s run 17 Greeley Stampedes and this year’s been the toughest. Yes, this year, even with the good news that there will actually be a 2021 Stampede. “We are on version 10 of our budget this year,” Watada said. “We are 50-some days away, and there’s still so much unknown.”

Still, even more big events look promising, The Greeley Blues Jam, May Play, Friday Fest, The Greeley Arts Picnic and more promise to happen, but what they’ll look and sound like remains to be seen. If last year was a bummer, this year is more like chaos. Let’s Dig In.

Just Wanna Have Funds: Did the Colorado Arts Relief Grant Support the Organizations it Intended?

Over 63 days, Colorado Creative Industries (CCI), created a set of criteria, launched an application, administered the selection process and allocated just under $6 million to organizations and businesses state-wide including music venues.

“We were given the charge to distribute the funding as quickly as possible,” a CCI spokesperson told BandWagon.

This hasty allocation of public funds was met with cynical speculation from independent venue owners who were not awarded money.

Until now, the controversy over the grant has remained purely speculative. No one has pointed to specific evidence of nepotism or neglect on CCI’s part. But, thanks to the Colorado Open Records Act, BandWagon was able to obtain a copy of the scoring rubric used to evaluate grant applicants. 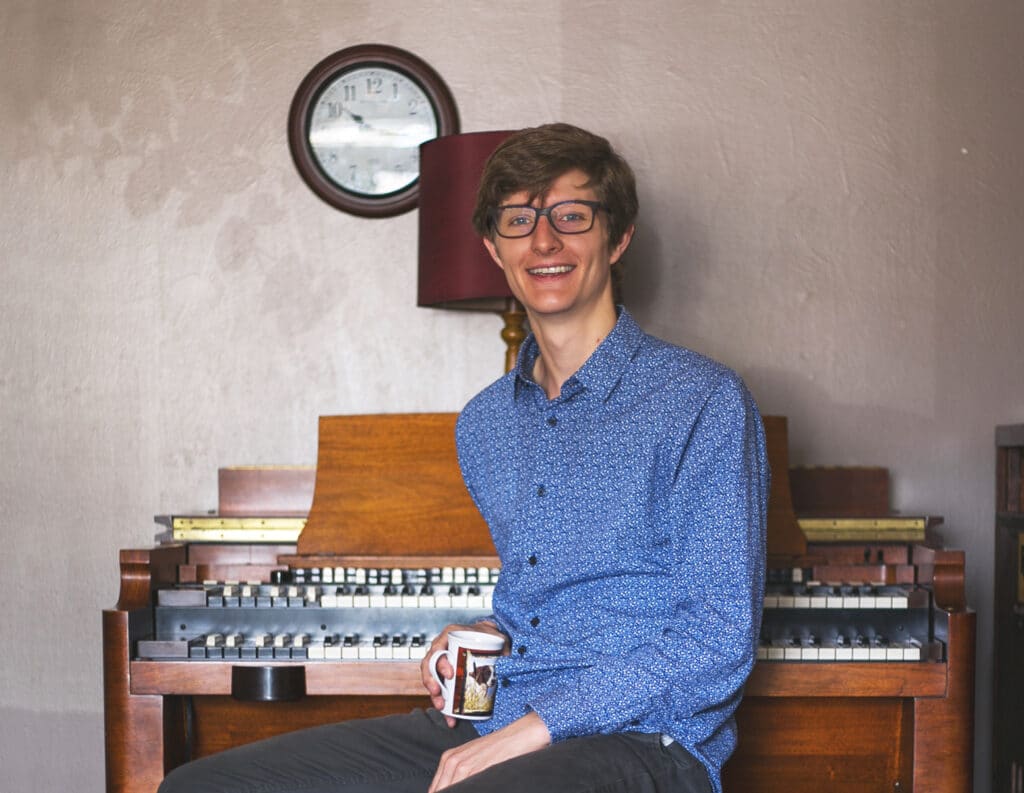 Tom Amend: Ditching the Band Scene for an Improvised Life

Tom Amend has been in a band since he was 6 years old, playing piano for his dad’s yacht rock cover band (when his hands were just big enough to reach a few chords) up until 2019 when he stepped down as the Burroughs’ keyboardist of many years. Now at 26, he’s making his mark in the Denver jazz scene as one of Colorado’s best pianists, playing one-off shows every other night with a constantly rotating collection of musicians.

“It’s the freedom of everything – the spaces, the sound, the tunes… [jazz] is a free form of music. It’s cliche, but it’s truly why I love it,” Amend tells BandWagon. 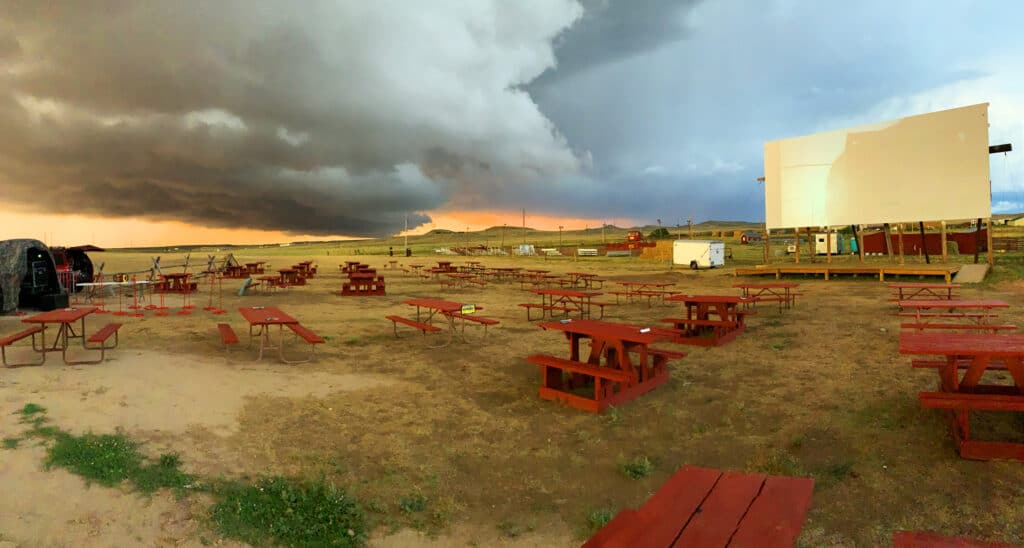 Into The Great Wide Open: NoCo & WY Venues Hopeful for a Full-Capacity Fall

President Joe Biden believes we’ll have smaller gatherings with family and close friends by the Fourth of July. But this Labor Day sounds like it could be a party.
Northern Colorado venues say they are hopeful they can host full concerts again by September and venue operators still plan to hold limited-capacity concerts throughout this spring and summer.

“There are people saying July or August, but we are confident things will be returning to normal in September,” said Dani Grant, owner of the Mishawaka Amphitheater.

Other venues don’t have to follow the same restrictions as Colorado, such as the Chinook Drive In at the Terry Bison Ranch in Cheyenne. “We are super stoked,” Hamilton Byrd, a promoter with the Chinook says. “That definitely creates a ton of optimism.”
As for restrictions? “We have 27,000 acres. That’s a pretty wide net.”

BandWagon Magazine is a free monthly publication and marketing company, based out of our office inside Moxi Theater at 802 9th Street in Downtown Greeley, Colorado. Most of all, our goal is to help cultivate and report on live music, arts, entertainment, nightlife, and community in Colorado.

Bandwagon Magazine distributes over 15,000 copies of our magazine each month. Stretching across northern Colorado covering Greeley, Fort Collins, Loveland, Windsor, and more. While our target audience is young adults ages 21-35, BandWagon reaches across multiple demographics with our publication.  Our articles cover a range of art related topics. Those include album reviews, new songs on the radio, and full-page spreads on new bands and tours.  A special portion of our magazine also highlights up-to-date concert calendars. Bandwagon Magazine covers venues from Red Rocks Amphitheatre in Morrison to Hodi’s Half Note in Fort Collins to Mishawaka Amphitheater in Bellvue. 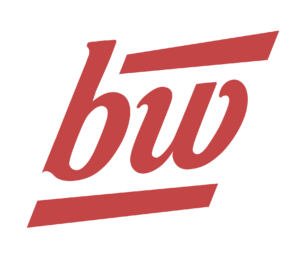 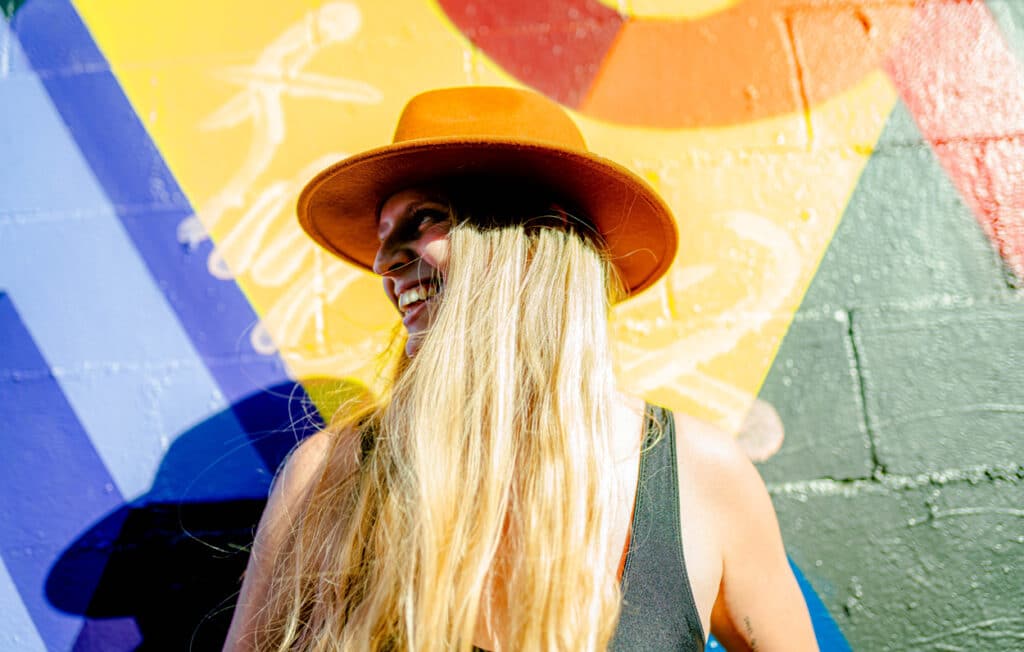 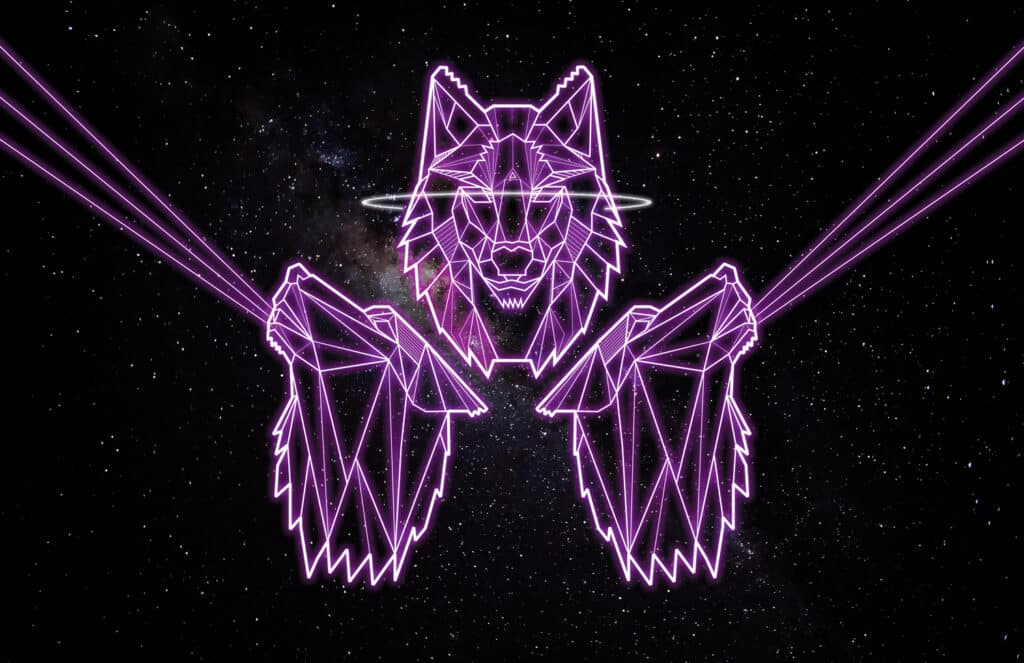 50 years of NPR, the history behind Goth, the 36th Godzilla movie, the return of Red Rocks Shows, your influence on Colorado radio and so much more in this month’s My5 from the Colorado Sound.

A true Colorado story becomes a gripping film, a Summer Music Camp for adults hosted by famous rockers, a new release from French / Cuban sisters, a father singing a song written by his late son, and lots of fun Oscars / Music cross-over. That’s The Colorado Sound’s My5 for April! This month’s top picks for what to check out include all that and more, courtesy of Colorado’s home for music discovery, 105.5 The Colorado Sound.