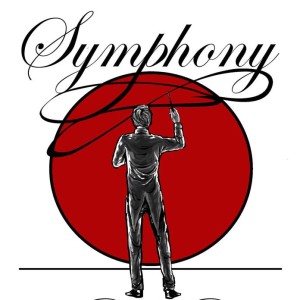 Anyone who picked up Grits & Gravy’s debut album People Like You last year, or has had the opportunity to see them live, is well acquainted with the musicality and unbelievable talents of this dynamic Denver duo. Between Jahmai Steward’s flow and original rhyme schemes, producer and DJ Neal Titus’ tastefully elaborate and alarmingly well-produced beats, and the tangible energy that comes off stage or even through a pair of headphones, this is a group you’re going to want to keep your eyes on.

Last month, G&G dropped another addition to their growing discography with their latest EP titled Symphony. Just when you thought things couldn’t get any better, the pair takes a whole new approach to hip-hop by incorporating the style and feel of major symphonic works, tastefully combined with the drive and flow that they are so well known for. Producer Neal Titus wrote and composed background music for string quartet, orchestra, and even a live brass quartet (featured on the opening track, “Prelude.”) Once the beat was set in stone, Jahmai Steward got into the booth and dropped some of the most apparently rhythmic and smooth verses ever heard from of an underground hip-hop group. The combination of the two results in an eight-track EP that you definitely don’t want to miss out on.

Track three, “Mass,” features Titus’ almost neo-classical-feeling symphonic composition, providing the canvas for the entire piece. The tension and emotion that are so tangible in the composition are mirrored perfectly in the verses spit by Steward, who incorporates original ideas with catchy chorus’ that the listener can easily nod their head to.

Track seven, “Way To Go,” is yet another example of why the musicality of this group is so refreshing and original. This track features one of the only samples, not originally composed by Titus, on the album. The whole track revolves around the main themes from Aaron Copland’s “Appalachian Spring.” Titus cuts and pastes sections of the symphonic work to create a beat that is unlike anything you’ve heard before. 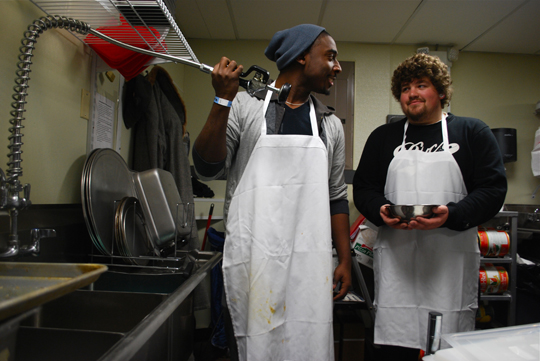 Another aspect of this album that is so enticing is the groups collaboration with local musicians. The opening track of the album, “Prelude,” incorporates a live recorded brass quartet comprised of friends of the group, most of whom are Greeley locals and students at the University of Northern Colorado’s School of Music. However, the most exciting collaboration is featured on “Birds.” The group invites Greeley locals Renee Swick and Justin Roberts, of the newly-formed indie rock group Carols, to join them in this musical project. Roberts and Swick provide the perfect timbre and style change that adds the perfect extra to this already excellent album. The juxtaposition of their voices with Steward’s vocal style is a collaboration that you don’t want to miss out on.

Grits & Gravy has taken the hip-hop scene in Greeley, and arguably Colorado, by storm over the past year. For a group of this quality and ability level, the sky is the limit, and they plan on seeing just how high the sky will take them. Keep your eyes on this group, because it won’t be long before they’ve taken off. Be sure to hop online and download their newest EP, Symphony, available for free download at GritsAndGravyMusic.com or SoundCloud.com/GritsAndGravyHipHop.