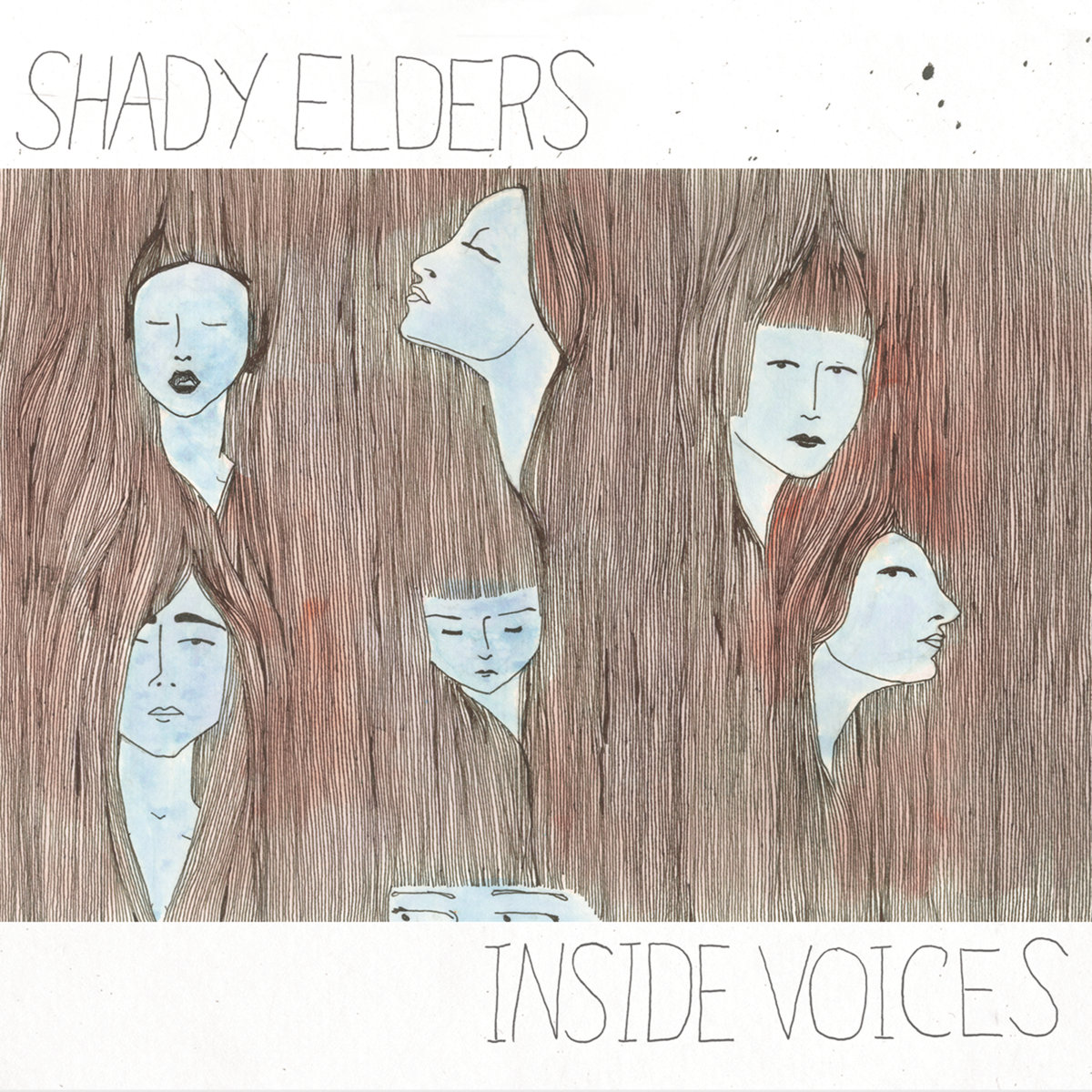 Inside Voices is the debut, full-length album from the Denver based quartet, Shady Elders. An appropriate album title as the songs are dreamy, lush, and moody. Singer/guitarist Fox Rodemich’s smooth alto voice compliments the band perfectly and is the defining force behind the songs.

The band headed out to California to record the album and after a year later, the album finally got its release on February 17. The opening track ”XXIX” is a haunting acoustic song that sets the tone for the album. With lightly strummed guitar and Rodemich’s haunting vocals, the song slowly builds to a swirling, reverbed out climax with synths and electric guitars. The following track, “Naked Parade,” sounds like it could be the soundtrack to speeding down a desert highway with all the windows down. The song contrasts the delicateness of the first with a driving floor tom, drum beat and bass line. Rodemich’s voice contrasts the rhythm section and effortlessly floats on top in her own space. “D&OD” was one of the singles released in anticipation of the album and may just be the best track on the album. It is the epitome of indie pop. With a beat you can dance to and catchy vocal melodies, it’s also the most upbeat song on the album. The band serves the song well by playing what is needed and not stepping on each other’s toes.

While some different styles are explored on the album, Rodemich’s distinct voice ties it all together. The production is fantastic and completely appropriate for the genre. While there are not many frills, it is just oozing with straight up, dreamy indie pop goodness. Inside Voices is a strong album and a great debut for the band.