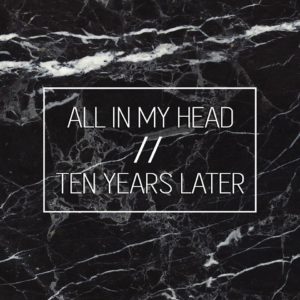 One Flew West is flying into the public eye, and fast. The Longmont, Colorado indie folk band has announced the upcoming release of their two new singles titled, “Ten Years Later” and “All In My Head,” both will be available on March 3, 2017.

One Flew West blends the sounds of pop-punk, indie folk, and rock & roll into a finely crafted style of music.

The band’s latest singles capture the creativity and virtuosity of singer/songwriter Linden Jackson. While at first “All In My Head” sounds like a love song it quickly becomes a story highlighted by mental illness, expressing how depression can significantly take a toll on relationships. It is a pulsating song that is sure to hit home for anyone who struggles with the disease. Ten Years Gone introduces a folky intro that transforms into something special. Linden Jackson pours his heart into this ballad which was inspired by his distant relationship with his father. Jackson believes that at some point or another we all miss someone and wish they were still around. The songs message is simply about missing someone you love.

The band released their first EP titled, Selective Memory, in late 2015 which gained then a decent amount of success from songs like “Kind of Love” and “Had it All”. Denver’s Westword Magazine named them the best folk band of 2015. They even created a hilarious music video to the track “Had it All’ which was a reference to 1990’s sitcoms.

One Flew West also recorded a live version of The Beatles’ “Come Together” at Keep Recording Studios in Denver, CO. The cover blends a beautiful mixture of brass sounds, rhythmic guitar riffs and Linden Jackson’s dominant vocal performance. The cover is available to listen to through their website www.oneflewwest.com.

Their two new singles will be packaged as an A/B side single available for free at their two release parties at the Lost Lake Lounge in Denver on March 3 and at The Downtown Artery in Fort Collins on March 4.