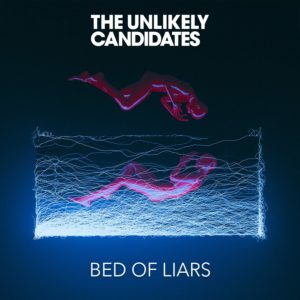 The Unlikely Candidates new EP Bed of Liars arrives in style. The EP is an elegant alternative sound that has plenty of fans tuning in. Steering away from their previous, acoustically dominant EP Follow My Feet, Bed of Liars delivers a powerful performance that fully utilizes Kyle Morris’ electric and wide-ranging vocals.

The unlikely duo of Kyle Morris and Cole Male formed a musical partnership when the two were just 14-years-old at a juvenile detention center in their hometown of Fort Worth, Texas. The two were booked on grand theft auto charges but soon learned they shared a passion for tenacious garage rock and Sex Pistol powered punk. After what would be a long ride the two would eventually form The Unlikely Candidates, a gritty alternative band on the rise.

Bed of Lairs has an upbeat tempo that won’t quit the whole EP. The band scored a massive hit with their title track, Ringer. This song’s catchy hook and playful lyrics struck a chord with the country and can now be heard on rock radio stations across the country. The song Violence captures their electronic unearthly sound and shows that without question, The Unlikely Candidates have their own style and genre of music. Kyle Morris’ vocals are one of a kind, and Cole Male and Brenton Carney guitars shred the entire EP. Their sound may be slightly repetitive but it’s nothing to complain about. Overall, the EP has a great feel to it.

The Unlikely Candidates are currently on tour and will be stopping at the Moxi Theater in Greeley, Colorado on March 24. They will also be appearing at the Lost Lake Lounge in Denver the following night.