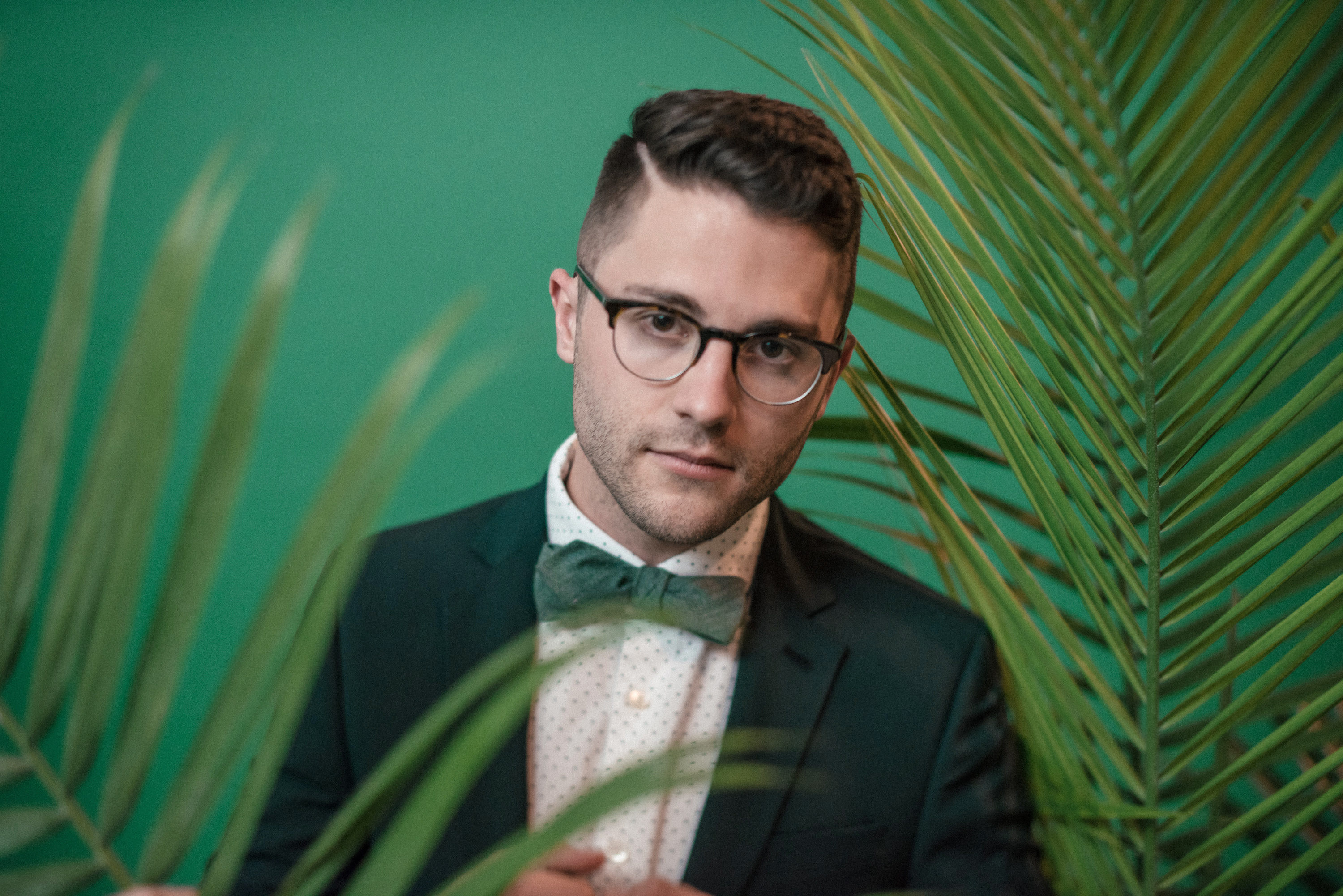 Bryce Merritt’s latest release, Chroma: I, effortlessly blends pop with elements of funk and R&B. He pulls his influences from artists ranging from Stevie Wonder to John Mayer, but it was actually country music that first got him into writing songs. “I grew up in Oklahoma and just based on what my parents listened to, growing up, the only thing that I knew existed, musically, was country music. They controlled the [radio] dial in the car,” recalls Merritt. He knew he always wanted to sing, so naturally he got his start writing country songs. “But then I got my car whenever I started driving in high school and I had control over the radio and I started discovering so much more music. The first thing I really got into was Motown,” he says, realizing that was the music that he wanted to make.

As Merritt developed his craft, he made the move from Oklahoma to Nashville to study commercial music at Belmont University. There he further honed in on his singer-songwriter chops to bring his music to the next level. After graduating, he worked with the Grammy award winning producer Andy Hunt to release his debut album The Simplest Things. “I always kind of geared towards the happy stuff, that’s what I always wanted to write about,” he explains. “For a while I didn’t like that about myself as an artist, I wasn’t fulfilling this starving artist role that a lot of people I listened to growing up fulfilled, this idea that you had your heart broken a million times and you write about it in a song.”

With Chroma: I he wanted to keep the optimism of his past works but also mature his sound. “I wanted to take a step forward both musically and lyrically and I was able to do that with Chroma,” he says. The album is still about love, as his wife is the muse for a lot of it, but at the same time he also touches on the skepticism and doubt that people go through in their mid-20’s, especially as an artist. “I tell people at my shows, whenever I’m going to sleep at night, I’m thinking of one of two things: one of them is how grateful I am to be laying next to a girl that I love and one that loves me back so much, so sometimes I stay up late and write about that. And the other thing is I stay up late at night thinking about my music and the self doubt that sometimes goes along with that.”

About a year ago, Merritt made the switch  to doing music full-time. Using YouTube, he posts covers of popular songs while also posting his own original music, enabling him to connect with people from all over the globe and to make fans internationally. And while YouTube is a great way to make those connections, nothing beats live music. Merritt takes his music on the road and around the country as a solo artist and occasionally with a full band. “When I go on the road I play venues but I also fill in dates with house shows,” he explains, “being solo allows me to do that.”

Bryce Merritt is a great example of what it means to be an independent singer-songwriter in the 21st century. Taking things into his own hands to put himself out there and build himself as an artist. His music touches on the positive things in life and also covers topics of self-doubt and uncertainty, all while being bundled up in a tight, upbeat, and highly danceable package. His musical journey has been a long one but it’s one that is far from over. Keep an eye on Bryce Merritt because he may soon be a household name.