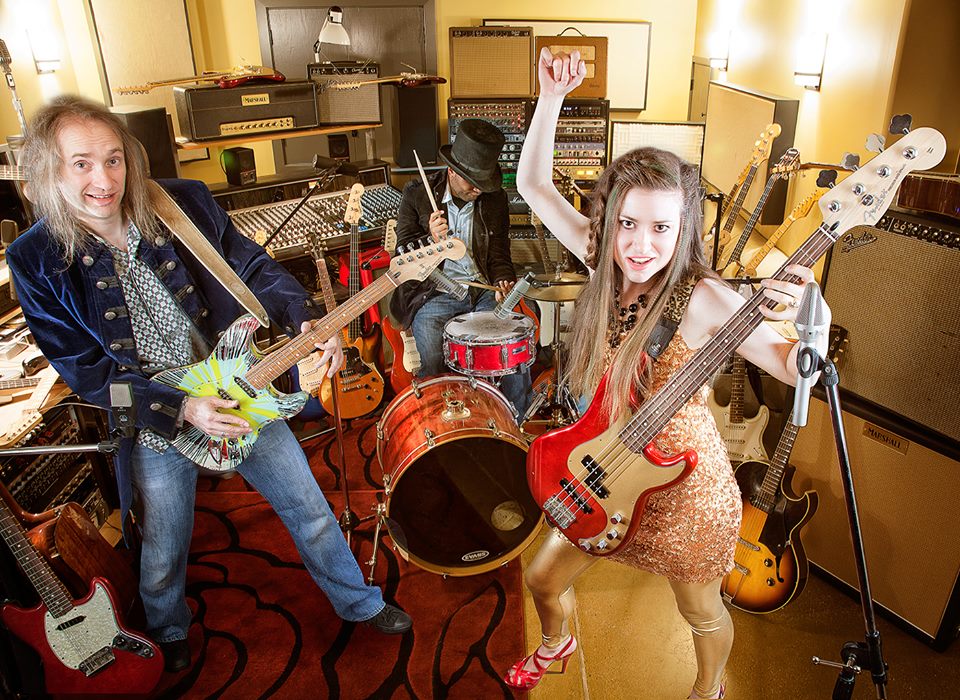 The Symbols, consisting of singer Mer Sal, guitarist Jasco and drummer Don Stahl, is a peppery rock band out of Fort Collins that exude positive energy in their work. Symbolized, their newest album that was released a few months ago, showcases the unique cover songs they play between their original songs at live shows.

When playing something like “All Along The Watchtower,” The Symbols don’t copy the performance of Jimi Hendrix or Bob Dylan. Instead of the guitar riffs everyone’s heard in every Vietnam war movie ever made, it’s the wah-wah ‘60s bass licks that can be heard on occasion in The Symbols’ original work. Instead of the Bobby Fuller Four’s rollicking guitar or The Clash’s hyperactive guitar, The Symbol’s cover of “I Fought The Law” is done as a reggae song, which you wouldn’t think would work, but it does. The few songs that sound closest to the originals are their takes on Led Zeppelins’ “Rock ‘n’ Roll” and “Immigrant Song,” yet they’re still steeped in The Symbols’ relaxed funkiness. Conversely, they’ve done a 1950s sock-hop version of the Ramone’s “I Wanna Be Sedated,” simply called “Sedated Rockaboogie.” The album, in general, can leave you guessing just what song it is you’re listening to. (If you don’t have the liner notes.)

“It’s fun to see how long it takes people to recognize what tune it is we’re playing,” Mer Sal said via Facebook. “We get a lot of people saying they like our versions better than the original versions.”

Sal said they way they rearrange songs is by adjusting various parameters such as the tempo, groove, and key. They might write some completely new parts, or try a song in several different styles to hear how it sounds.

“The reason why we re-arrange covers is two-fold,” Mer Sal said via Facebook. “First, it gives us something unique to offer fans. Why would someone want to hear our version of Immigrant Song verses any other bands? Because you can only hear our version from us.

“Second, it is an opportunity to exercise our creativity. It helps us become better songwriters by rearranging and rewriting these songs. We rearrange our own songs many times before we record them for an album.

“The trick is to not ruin what was inherently cool about the song to start with,” she said. “We learned a lot about this process from Little Feat guitarist Phil Brown.”

By and large, Symbolized is successful in that regard. Instead of Plain-Jane imitations of classic songs, The Symbols have made an album of cover songs that can be identified as the work of The Symbols, and possesses all the unadulterated joy of their original work. Like I said in my previous review of The Symbols’ work, catch them live when you can; you will not regret. In the meantime, grab a copy of Symbolized and play a game with your friends called “What Song Is This?”