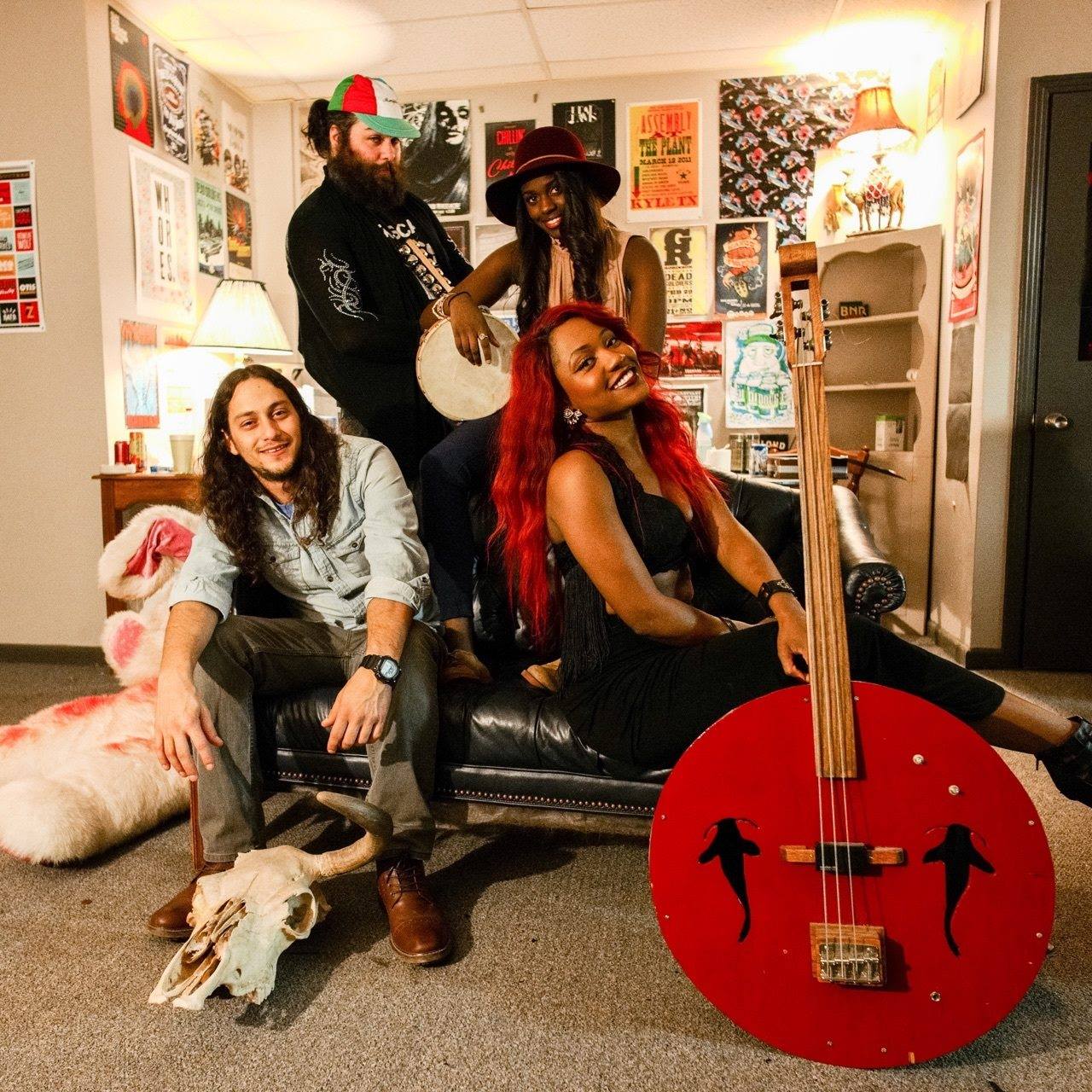 Memphis, Tennessee based band Southern Avenue, has a co-sign that most bands dream of. They recently have signed to the legendary music label Stax Records which has been home to Otis Redding, Isaac Hayes, and the ‘King of Rock and Roll’ Elvis Presley. Their self-titled debut album is set to be released February 17th, 2017 on Concord/Stax Records and the profile of the band is quickly rising. Members include Ori Naftaly, Tierinii Jackson, Tikyra ‘TK’ Jackson, and Daniel McKee. Speaking to Bandwagon Magazine Ori spoke on the process behind the new album, his musical upbringing, and the story behind the formation of SA.

BandWagon: I’m sure it feels pretty good to be signed to Stax Records!

Ori: Yeah it feels great! We feel it is the best label for us because of the catalog, history, and future with the great people at Concord.

BW: Not to mention the pedigree that comes from being a blues artist signed to THE blues label…

Ori: Well we are honored that’s for sure. We don’t consider ourselves as blues artists because we write music that I personally won’t label as blues. I can wear many hats and in Southern Avenue I’m definitely the blues guy. The reason I founded SAB with Tierinii, Tikyra and Daniel is because I wanted to create music regardless of style and genre. We call it Memphis Music. Don’t get me wrong our show is very bluesy it’s all soulful and we make sure you dance. Blues artists is a whole different thing that we cannot claim…

BW: What was the process behind the new album and how did recording go?

Ori: We recorded in Mississippi at Jim Dickenson’s legendary studio. We had his son Luther Dickinson as a special guest on two songs. We are very proud of the record and cannot wait for our fans to hear it after a long wait.

BW: So as I understand it you are from Israel but I am really interested to know how you came to play the blues. Forgive me for my typical western American thinking but I can’t imagine a lot of people were playing the blues where you are from?

Ori: [I was] born on the beach north of Tel Aviv… Israel has always been like a tiny America. American culture is huge. My dad is a big blues and jazz and just anything rock and roll and when I was five I had my first guitar lesson. When I was 9-18 years old I had a teacher from Boston who toured with James Brown and Tina Turner named Tony Pearson. He influenced me a lot. I’ve been listening to Stax records and Memphis music all my life.

BW: So did you meet the members of SA from the Memphis scene?

Ori: I hired Tierinii and TK to join my solo band and after a few months of touring we all realized we should start fresh and write new songs and regroup. Southern Avenue is a safe place for all four of us to be who we really are as musicians and people…

BW: How is the chemistry of the band so far and what do you hope to accomplish with SA?

Ori: We have been playing as a band for less than 2 years but our chemistry is so good I feel sometimes like my bandmates are soulmates in a sense ya know? Like it was meant to be… We always write out of need… Sometimes we just have the good old ‘muse’ and then of course it’s easy. We just go with the flow…We never run out of ideas and music or lyrics to new songs. Teamwork!

Catch Ori and Southern Avenue live in concert at the Moxi Theater in Greeley on Saturday November 12th. Tickets @: www.moxitheater.com.