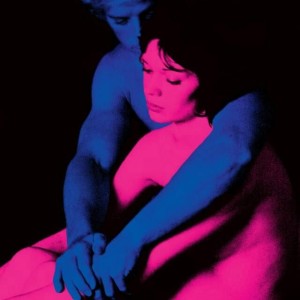 Who Really Cares is the second studio album from Los Angeles based band, T.V. Girl. Formerly comprised of Brad Petering and Trung Ngo, Petering finds himself alone on this album but still continues to deliver fresh beats. What makes T.V. Girl stick out instantly from their peers is their heavy use of samples, honed in on after several releases spanning six years on Bandcamp. Combining the aesthetic of 90’s hip hop with modern psychedelic pop, Who Really Cares offers a glimpse into the psyche of a love scorned twenty-something.

Upon first listen, the lush layers, hushed vocals, and bedroom style production put you into a dreamlike haze that makes you want to dance your way down to the beach on a summer afternoon. Petering’s soft spoken vocals perfectly compliment his production, and can be compared to the likes of Toro y Moi, The Books, or Washed Out. The extensive use of vocal samples alongside the lyrics add a fun touch to the record and blurs the line between instruments and voice.

While the album may be centered mostly around the music and production, the lyricism is just as good. According to their Bandcamp profile, Who Really Cares is: “An album about sex, or lack thereof, and the consequence, or lack thereof.” and Petering delivers. His lyrics are genuine and can be brutally honest at times. Recounting what are assumed to be real events and emotions pertaining to past loves and flings, Petering makes this an album that is easy to relate to.

Who Really Cares effortlessly combines dreamy production with relatable lyrics into one cohesive album. If you’re a fan of everything from hip-hop to chillwave, you need to pick yourself up a copy.