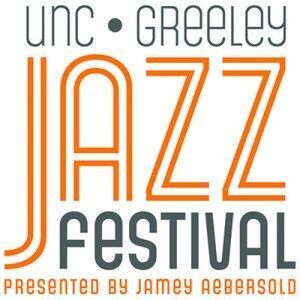 The UNC Greeley Jazz Festival is shaking things up once again this April. The 46th annual will be held April 21st-23rd, 2016. This event, according to the UNC festival website, “brings together internationally recognized artists, jazz lovers, award-winning clinicians, and over 250 college, high school, and middle school big bands, combos, and jazz vocal groups from across the country.” Some of the featured artists include New York Voices, Clayton-Hamilton Jazz Orchestra and Joey DeFrancesco.

On Thursday, April 21st is the critically acclaimed vocal group New York Voices. This group made up of Kim Nazarian, Peter Eldridge, Lauren Kinhan and Darmon Meader, have been together for over 25 years. They are known for close-knit voicings, inspired arrangements and unparalleled vocal blends. They are able to seamlessly move from different genres like  jazz, Brazilian, R&B, classical, and pop. Ever since their first performance in 1988 and following the release of several albums, they have received high recognition in the jazz world. Over the years, there has been some changes in the lineup but they still never miss a beat. In 2012, Nazarian was recognized as one of the top 50 most influential Armenian artists. Eldridge is the founding member of the group and has recorded eight albums. Kinhan has three solo albums that created genre-merging music. Meader is a highly respected vocalist, arranger, and saxophonist. Don’t miss out on this phenomenal group.

Clayton-Hamilton Jazz Orchestra can be found on Friday April 22. This Grammy Award-winning big band was formed in 1986 by John Clayton, Jeff Hamilton and Jeff Clayton. John and Jeff Hamilton both played with Monty Alexander before going their separate ways. They reunited in Los Angeles to found their current band with Jeff Clayton, the brother. Jeff had been living and working in Los Angeles and wanted to help put the band together. John explains on the Clayton-Hamilton Jazz Orchestra website, “He knew all the best players in the city and how compatible they were musically and personality-wise.”

Saturday April 23, legendary Jazz organist Joey DeFrancesco will be performing. When he became popular in the 1980s, some say that it was an onset of a musical renaissance. He brought back the sound of vintage Hammond organ and Leslie tone cabinets, which were pushed to the sidelines before he hit the scene. Joey DeFrancesco was actually considered a child prodigy, playing tunes as early as the age of four with his father. Almost his whole life DeFrancesco has manifested extraordinary keyboard skills that border on organ wizardry. This will be a truly amazing show to see.