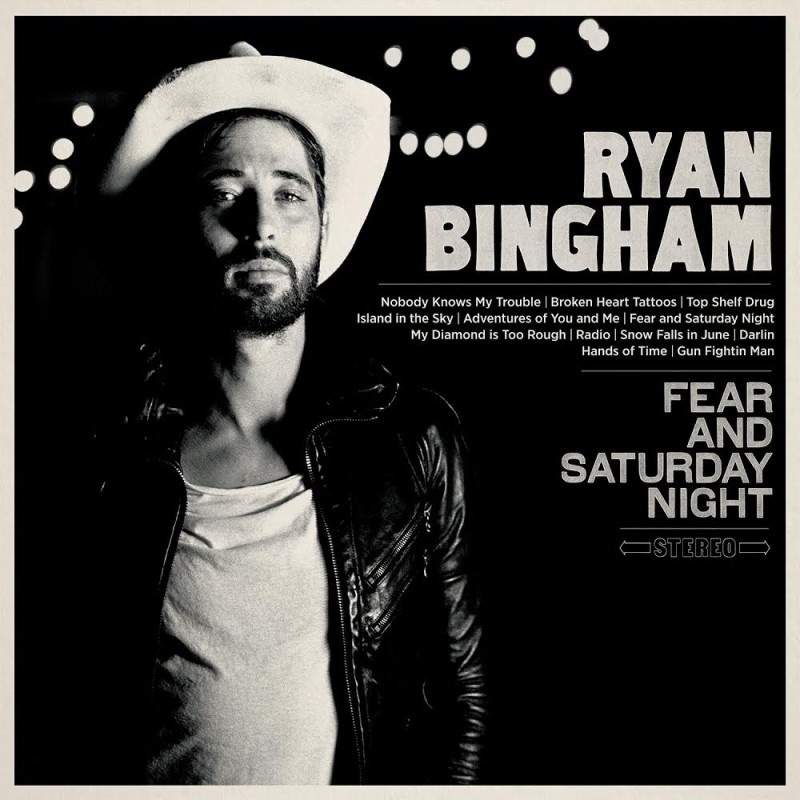 Like it or not, country music is a big part of American culture and American music. If you consider yourself a true music lover, its important to give it a chance (if you haven’t already). When you do, you get people like Ryan Bingham.

Though his first album came out in 2007 to promising buzz, it was in 2010 that Bingham found the massive fanbase he enjoys now. “The Weary Kind,” which concluded his third album, Junky Star, was the title song to the Oscar nominated Crazy Heart, and gained him an Oscar of his own. Fear and Saturday Night will be Bingham’s fifth release to date, and is another stellar addition to his discography. The influences jump from blues, to folk, to honest to goodness rock, all while staying firmly planted in a rich country sound.

Everything about the album drips genuine. The stories are simple, and honest. If you’re looking for moving or inventive lyricism, maybe this album is not for you. The content is fairly straightforward.  A man from the rough side of the tracks, and his boozy, drug addled exploits. It’s not in the writing where Bingham’s brilliance is clear (although it has its moments) but in the emotive quality of his sounds.

The lead track, “Nobody Knows my Trouble,” is an understated, affable tune. The harsh gravelly vocal speaks to the conflict within, while the strum approaches plain. The result is a simple song that gets down to the character of its author. Two tracks later with “Top Shelf Drug,” the good ol’ boy country swagger disappears in favor of a banging piano and a squelching Jack-White-esque lead guitar.

The styles are varied and never contrived. In a 2010 interview with Elmore Magazine, Bingham cites his influences as “Townes Van Zandt, Guy Clark. Joe Ely, Steve Earle is a big one, Bob Dylan, John Prine, a lot of the folk singer/songwriters.” With such a list of influences, you might be worried to hear some of them peak through more than they should. Don’t be. Bingham casts a wide stylistic net, creating for him a unique persona that can wear almost any hat. Fear and Saturday Night is proof of that. Ryan Bingham is a good thing for modern country music.