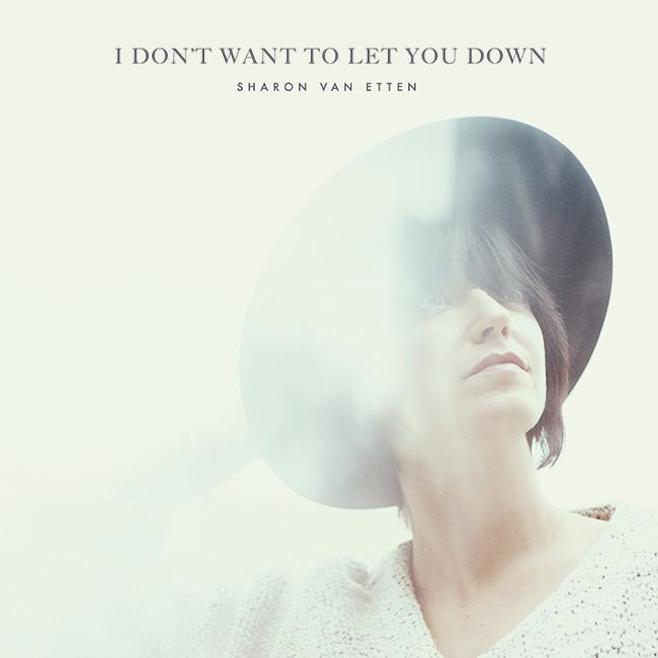 For me, the best artists (musical or not) are the ones who are growing from project to project. Whether the development is a growth in the boundaries of their particular sound, or an emotional one, which garners tasty new morsels of insight, it’s important to me that the struggle is present. It makes the music feel more genuine, more organic. Last year, when Sharon Van Etten released Are We There, we glimpsed into the gnarled and fraught mental scape of a woman on the edge of love. Now, in her new EP, I Don’t Want to Let You Down, we visit Van Etten on the same heart break, now with room enough for perspective.

See what I mean? Growth.

In a recent conversation with NPR’s All Songs Considered, Van Etten broke each song down to its base meaning. You can (and should) check out that conversation here. There’s not a whole lot of content variation in the EP, but there’s not really meant to be, its a thesis. I Don’t Want to Let You Down paints a picture of a world made by her own circumstances and choices, for better or worse. The title track is the embodiment of this feeling. As a full time professional musician, Van Etten is forced to choose career over family more often than not. Though through it all, her main concern is “I wanted people to be proud of me and know that I still felt like I was doing what I needed to do.” Four tracks later, with “Pay My Debts,” Van Etten sings the song of the college graduate. The song was written in her Tramp days, and spoke about being able to pay off her own debts for once. Now with tours, albums, and the aforementioned choices behind her, she also struggles to pay off emotional debts. It’s emotional notes are prickly, but just as genuine.

The sounds are fitting to the subject matter; familiarly moody, but with a slight silver lining. With it’s empty, ethereal groove, “Pay My Debts” is the kind of song I’d want playing after being sucked out of a space ship. Like most of the other tracks, it dances a razor thin line between regretful and self assured, mournful and celebratory. The duality present in the EP is created with musical choices just as much as lyrical ones. The same can be said for “I Always Fall Apart.” Van Etten manages to blend genuine self deprecation with sardonic wit, which plays all the more subtly over a heart wrenching (if not a touch melodramatic) piano canvas. Though the change is subtle, I Don’t Want to Let You Down does feature a slightly brighter instrumental set than Are We There. Only fitting, being as the album was the fire, and the EP the phoenix beginning to shake off the ashes. For what, at its core, is still a break up EP, the songs are also about hope, self awareness, and growing from your mistakes.