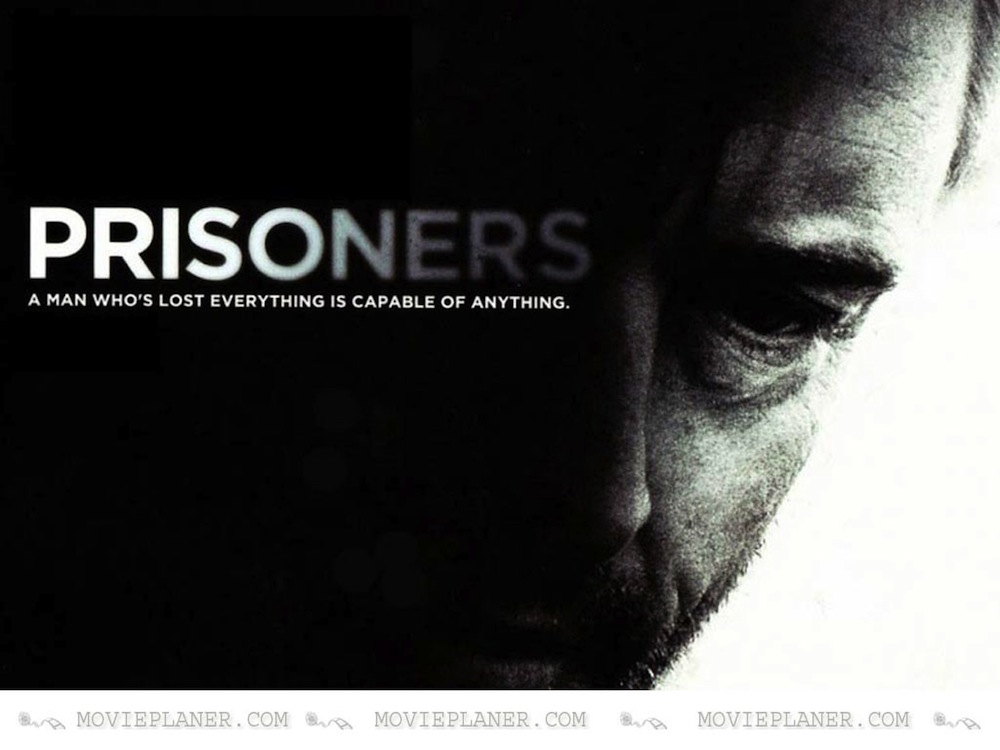 A short ways into Prisoners, there is a quote on the radio about the importance of patience and penance, and working through trying times. The Lord’s Prayer is uttered at least twice, and faith plays a prominent role. But every man has a breaking point, and different ways of handling hardships. Prisoners, the English-language debut of French-Canadian director Denis Villeneuve (Incendies), is a about how people handle such difficult circumstances as an abducted child, and how far they will go to save them.

Keller Dover (Hugh Jackman), with a bunker filled with supplies, seems the type of man who wants to be ready for anything; a man of action. A Thanksgiving dinner filled with laughter is cut short as the two girls go missing after taking a walk. The immediate assumption is that the driver of the ominous RV moving around the neighborhood is responsible. Detective Loki (Jake Gyllenhaal), known for his flawless record of solving crimes, is assigned to the case, and quickly locates the RV and its driver, Alex Jones (Paul Dano). The apparently easy win almost immediately sours, as the RV is devoid of evidence and Jones, severely mentally disabled, cannot be coerced into confessing and is released. Keller is incensed, and abducts the young man with the intention of viciously torturing him until he confesses. Loki, meanwhile, continues to look for clues and suspects.

Denis Villeneuve’s direction is masterful. Aided by ten-time Oscar-nominated cinematographer Roger Deakins (Skyfall, No Country for Old Men, The Shawshank Redemption, and almost 70 more), who frames the events in a rain-drenched, color-starved grit, Villeneuve paints a chilly American town. The primarily string-based score from Icelandic artist Johann Johannsson pushes the feeling of doom and helplessness even further. The climax is desperately tense. On a technical level, the film is airtight.

The acting, too, is phenomenal. Hugh Jackman is electrifying as the hotheaded Keller, giving an emotional performance that strongly contests his role in Les Miserables as the best of his career. Gyllenhaal is, by contrast, a bit more subdued, but no less excellent. His character is slightly enigmatic, but Gyllenhaal lends a great deal of nuance to a detective hell-bent on saving two young girls. The real standout, though, is Paul Dano. His performance as the troubled, developmentally-disabled Alex is very convincing. He adopts a timid affect, high voice and slow eye movement to tremendous effect. To deny him an Oscar nomination would be a crime in itself.

The script is the sole problem here. While it’s very good, and even excellent in places, it has an aggressive insistence on countless red herrings, plot twists, and dead ends. The characters run into every conceivable coincidence to pull them farther away from the truth, and plot points operate in one way until it’s most convenient for them to operate in another. This is not noticeable until the final thirty minutes of the film, in which things begin to unravel and border on the absurd. That’s not to decry the entire screenplay; the first hour or so is near masterful. The dialogue rumbles along with a desperate energy, and every line feels organic and natural.

Prisoners is not enjoyable, nor is it pleasant. However, it is searing, emotional, and devastating. The unflinching nature of the film will stick with you—it was several minutes before anyone in my auditorium could muster the energy to get up at the end. It is a likely Oscar contender for many reasons, and deservedly so: it’s one of the best, most gripping movies of the year, and had it not tripped shortly before the finish line, would have been the year’s best.