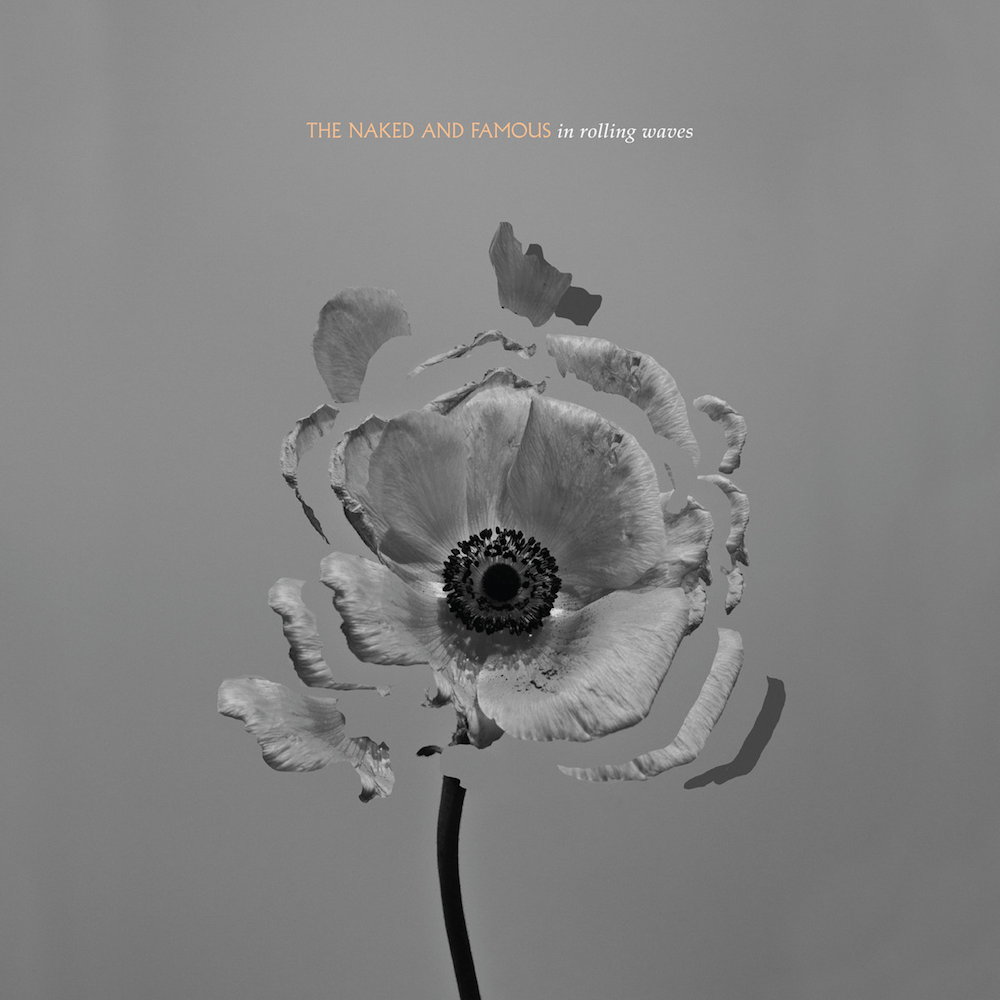 The Naked and Famous released their debut album Passive Me, Aggressive You in the fourth quarter of a tumultuous 2010. The synthpop indie album was a breath of fresh air, an anthem of happiness and energy. Listening to the New Zealand outfit’s catchy, pounding synth somehow makes you feel like everything is going to be all right. The wait between their debut album and its successor was only a couple of years, but the painful lapse felt far longer. At last, the follow-up In Rolling Waves is here, and it does not disappoint.

“A Stillness” starts things off with a toe-tapping slow burn, letting the energy build gradually and setting the rest of the album up for the momentum the group is known for. By the midpoint of the song, the music has exploded into joyful energy. Immediately afterwards, the group absolutely slays it with “Hearts Like Ours.” The track ranks among their best and is absurdly catchy.

A greater sense of aural richness pervades the album. TNAF utilize more acoustics and percussion alongside the electronics for many of these tracks, along with a few more brooding cuts that mix things up beyond the band’s perceived comfort zone. “Waltz” has a great deal more mood and texture than we’ve come to expect, while “The Mess” is startlingly sad.

That doesn’t mean that the band doesn’t go back to their roots and use what is known to work; “Rolling Waves” and “What We Want” escalate into titanic, memorable finales. The excellent “I Kill Giants” was intended for the debut album but was not finished in time. It’s difficult to tell, as it fits cleanly into the rest of the catalogue.

Album closer “A Small Reunion” is one of TNAF’s best songs to date. Featuring an acoustic guitar and strings with significantly neutered synth, it’s by far one of the slowest they’ve ever recorded–but it exhibits a bit of range and makes for some exciting possibilities for where the band may go in the future. It’s a beautiful song with a great hook that ends the album on a wonderful note.

In Rolling Waves is a slightly different album from its predecessor. It’s lacking in the poppy, radio-friendly tracks such as “Young Blood” and “Punching in a Dream” from Passive Me, Aggressive You. It’s not worse, just different. But after multiple listens, the structure of the album makes more sense. Those quieter, minimal tracks are placed almost perfectly to soften the sonic palate before the next anthem comes roaring in, but there might be just one too many of those lulls.

It’s a more textured, varied, and overall a more interesting album than the still-great debut. It does push a bit too hard in the other direction at some points, but tempers it with another round of energetic anthems and a few hints of impressive depth. With each album, The Naked and Famous opens the curtain a bit wider to their expansive sound, and will surely soar to even greater heights. In Rolling Waves is a fitting name for such epic momentum, and it’s another success for the New Zealand rockers.