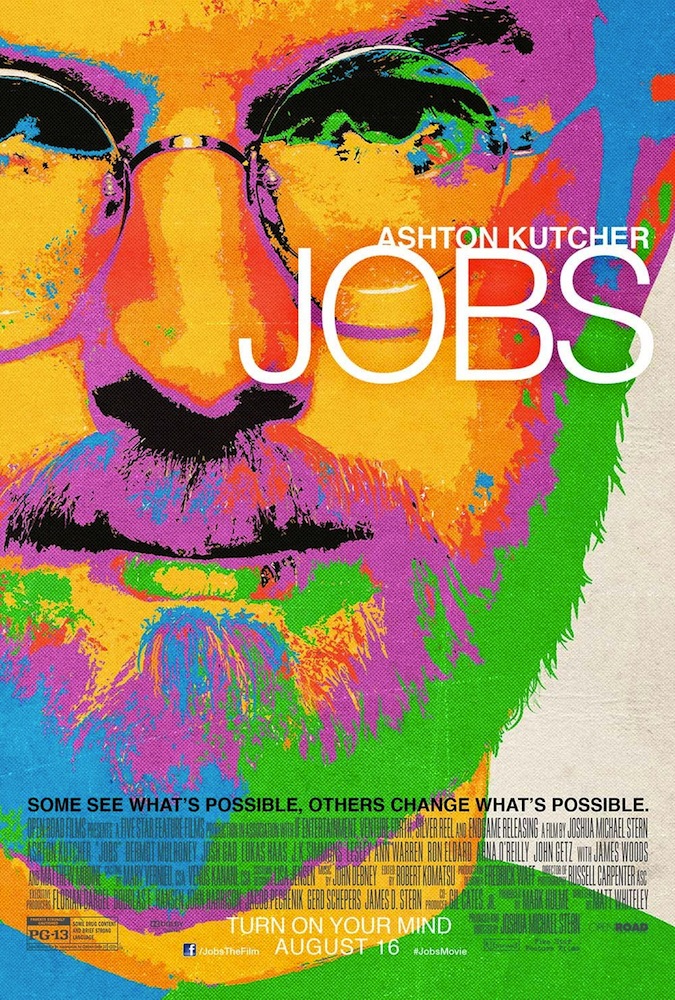 On August 16th Jobs hit theaters to share the inspiring story of Steve Jobs’ road to success with Apple Inc. The biopic shares Jobs’ passionate ideas, downfalls, victories, motivation, and desperation to develop Apple into something truly different and revolutionary.

Although the role for Steve Jobs is played by the unexpected Ashton Kutcher, who’s most memorable from “That 70’s Show” as playing the notoriously unintelligent role of Kelso, he puts on a remarkable performance that’s captivating, and wistful. Kutcher’s ability to bring to life the daily frustrations and driven personality of Steve Jobs, was astoundingly well executed and moving throughout the film’s entirety.

The movie shows the perfectionist and controlling nature of Jobs’ attitude, and his urging desire to create something different that everyone, even the common user could enjoy. Josh Gad playing the role of Steve Wozniak or “Woz,” also gave an incredible performance as the voice of reason to Jobs’ irrational and demanding behavior.

Woz starts out as a regular guy who just wanted to make cool computer inventions with his friends but eventually walk away from apple because of Jobs’ change in personality as the company grew.
Jobs provides insight into how ahead of the times Apple was in their inception, as well as how hard Jobs worked to get the company vision made, right down to every last detail. The film depicts Jobs being consumed by work, firing employees who dared questioned his direction — perhaps something not everyone knew about the late genius.

To convey this message to the audience, screenwriter Matt Whitely created engaging dialogue between Jobs’ character and his employees demonstrating how impatient, unfair, but also motivating he was. The film shows Jobs’ true colors as the frustrated founder of an electronics empire, seeking to create technology that was easy to use and easy to look at.

Jobs was interested in picking out exceptional employees who were creative, passionate about their work, but also in many cases didn’t seem to fit in in a “normal” workplace. He recruits Rod Holt, played by Ron Eldard, a brilliant electric engineer and biker with a rebellious attitude, but who invents a new power system for the Apple Two. Right away Rod has demands of wanting to get paid $200 up front per day, and the ability to walk away whenever he wants.

Although the film leaves out several major moments in Jobs’ life and only portrays the events from 1974 to 2001, it’s a way to see the life of someone who most people in world respect and admire. He was a brilliant innovator and visionary for our world today and believed very deeply in making quality products that serve an important purpose in peoples’ daily lives.

Jobs is a movie for Apple fans, entrepreneurs, and anyone who has ever had a dream.