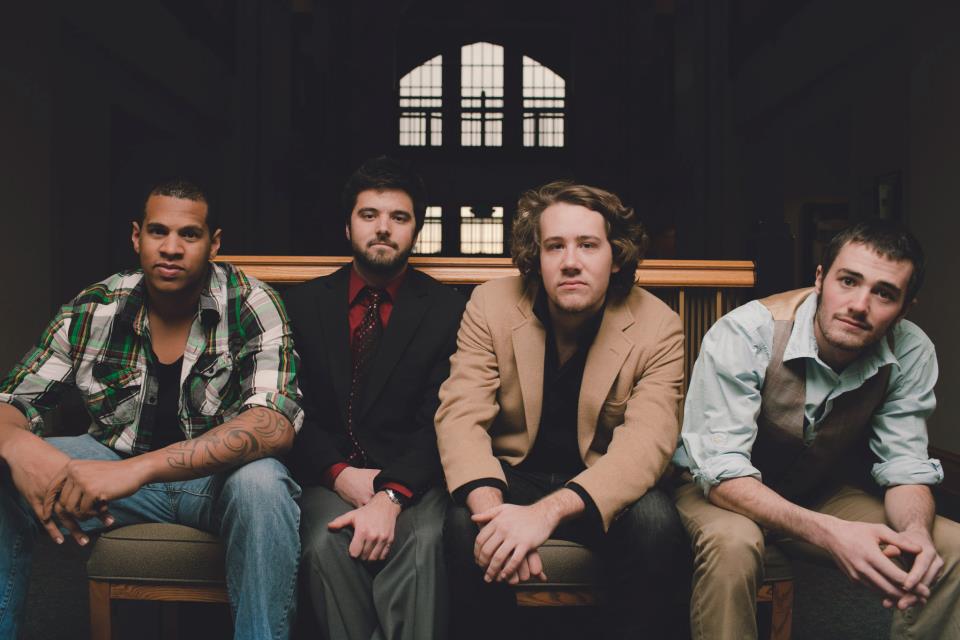 It’s standard for newer bands to spend years discovering their style and settling into a sound that defines them. After only one year together Greeley’s Leghounds have made fast impression on their audiences and in the Colorado music scene. Jon Ruffin (lead vocals), Karl Markgraf (Guitar/Vocals/Harmonica), Daryl Cozzi (Drums/Vocals), and Patrick Atwater (bass) have an impressive musical background which puts them ahead of the game for a budding band. Leghounds had a hit debut at the 2012 Block Party and in just one year, they can boast a midwestern tour, multiple headlining shows, and a win at this year’s BandWagon Battle of the Bands, scoring for themselves the cover of the January issue.

Leghounds’ music is influenced by old-school funk, soul, and R&B adorned with a certain class and charm that makes it appealing to music fans young and old. They are able to command any crowd, and endless moving is inevitable during their live performances. Fans of Al Green, D’Angelo, and The Temptations will appreciate their bright melodies and cool rhythm paired with soulful R&B vocals. Leghounds are sure to provide us an unforgettable set at the Block Party, so check them out or be left in the dust, because who knows where another year will take them.