“It’s a tough day and age to have a unique band name,” Camden James says. “You see people doing different capitalizations or a dollar sign in their names.” James, drummer for the eclectic Ft. Collins outfit The Great Salmon Famine, is sitting with keyboardist/saxophonist Adam Bell. They consider spelling “famine” with an “almon” to further the playfulness of their name, but Bell notes, “when you look at it, it doesn’t look like it rhymes, but when you read it out loud, you’re like ‘oh! Nice!’”

This fun-focused consideration of audience perspective permeates the party ethos of The Great Salmon Famine. Releasing the single “The Funky Circus” September 4 via bandwagmag.com and winning our 2018 Battle Of The Bands with a dancey, fan-favorited final round, their energetic live show is an expected highlight at this year’s Block Party in downtown Greeley on Friday, September 21.

“We decided to keep a remembrance of the old band and we thought (the name) was funny and goofy – like us,” James says. The old band, The Salmon Of Knowledge, was founded by current bandmates, singer/guitarists Gabe Neymark and Evan Waring with bassist Jack Vulcani, who, in fact, has an entire book of goofy band names he’s written down over the years.

Embracing the spontaneous, James says their live show is always changing. “For every performance we have a group discussion to plot out the energy flow for the set, keeping the audience in mind.” Bell agrees: “We’ll have a pretty solid plan going in, but we’ll identify which spots could go one way or the other and plan little things we can change on the spot if we want to –  always reserving the right to throw everything out the window.”

“We call it the organic, cage-free, non-GMO, farm-to-table jam,” James says. “We’ve really worked on that in the last year. Opening our ears up, playing together. We’ll be on stage when something new and crazy happened that we never planned – we’re all smilin’ and geekin’ – and we look out and the crowd is smilin’ with us – that’s pinnacle fun, and that’s the aim of the show.”

“When we really get into the zone – listening to each other more than to ourselves – that’s when it starts being something actually special,” according to Bell. “It’s an ‘only in that moment’ thing we couldn’t have rehearsed if we wanted to.” 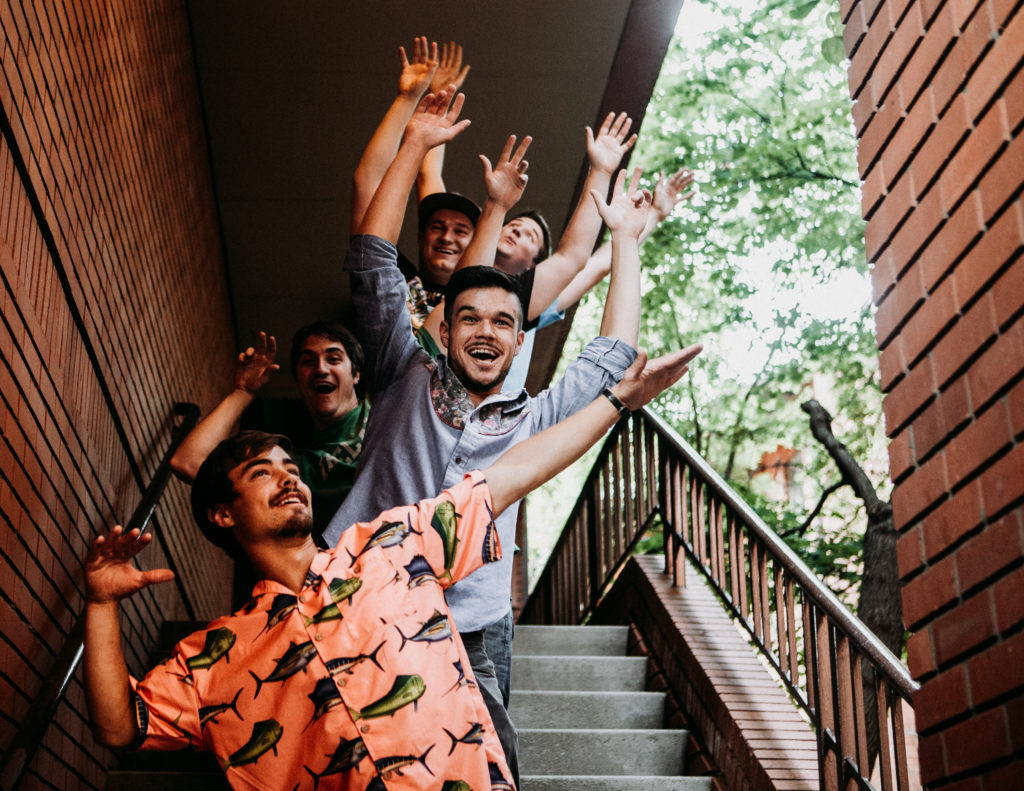 The quintet stands out from their jammy, soulful peers by – ironically – not trying so hard. “We’re not trying to do something outside of ourselves,” Bell says. “All we’re trying to do is play well and have as much fun as we can. Ideally, whoever is there listening is gonna have fun too! We take the music incredibly seriously, but we definitely don’t take ourselves too seriously.”

Combining their widespread influences from bluegrass to funk into a crowd-pleasing concoction, James says “we like to infuse all those together within a realm that’s comfortable to most ears.”

One of these influences turns out to be Bell’s brother Alec, trumpeter for Greeley soul giants The Burroughs. “It was the first show of theirs that I’d seen,” Bell says. “I saw him up on stage doing the thing – people were dancing, I was dancing – it was amazing. Afterwards, I was like: that. That’s what I want to do. I wanna be up there.”

But the musical spark started even earlier. The Bells’ mother taught piano lessons at home throughout their upbringing. “When I was 4 years old, I’d observe from a distance, listening to what her students did. Once they were done for the day and she was making dinner, I’d hop on the piano and try do whatever they were doing. I’d ask – ‘is it supposed to be like this?’ She’d teach me how to play from different rooms in the house while I was trying to figure it out.”

The family vibe continues today, to almost sitcom status. Bell’s new roommates are his brother and The Burroughs’ mohawked bari-sax man Hayden Farr and their relationship remains a healthy camaraderie for the most part.

This year’s Battle of the Bands was the only time things got competitive for Adam and his brother. “We got to go head-to-head in that final round (Alec played trumpet with runner-up Igaus Davis). We won, but he already won before with The Burroughs (in 2014), so there you go!” 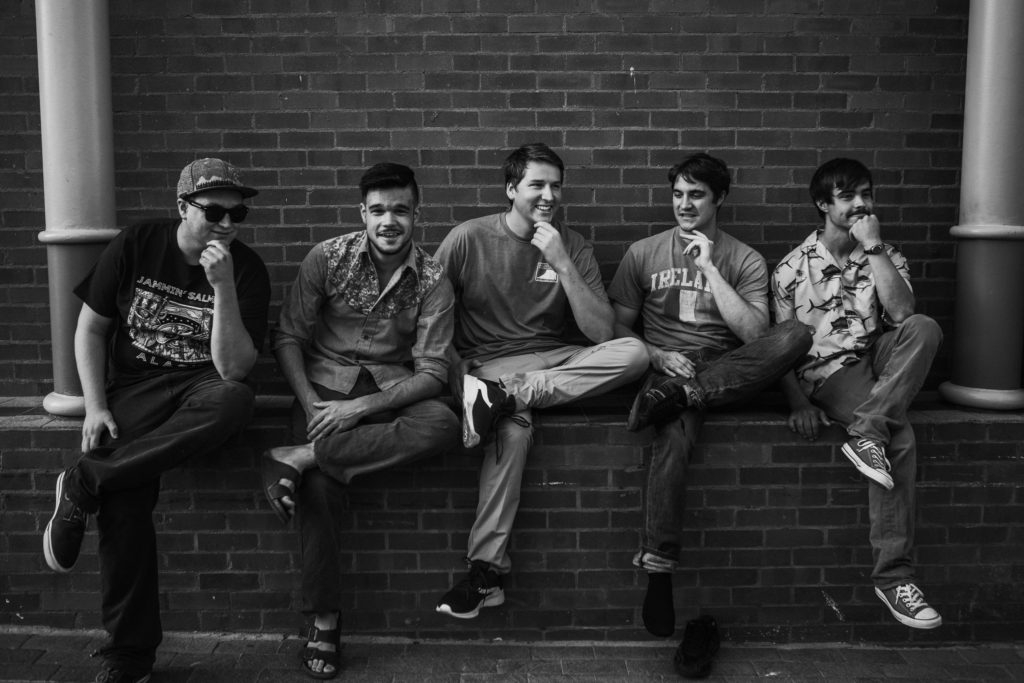 “Alec has been a trove of good advice for me and for the band,” Bell says, maintaining focus on his band’s identity as a collective. “Our shows aren’t even about us – they’re about everybody there,” he says. “It doesn’t matter how good we sound in our opinion – if everybody’s standing out there with their head to the side like ‘what are they doin’? Then what’s the point? If everyone else is having fun, we’re having fun.”

James agrees. “We feed off the crowd engagement. We give 100% every time, but when you come out and dance for us, it takes it up to the next level.”

Bell hints that there might be some surprise guests at their Block Party performance, advising: “Do your stretches before you leave the house on that day – you’ll be movin’ and groovin’ for sure.”