Speaking with Shatterproof drummer Benji Spoliansky over the phone, the excitement he had looking forward to 2019 was almost palpable. So much was in the works for this Ft. Collins hardcore gypsy alt-rock band but… he couldn’t really talk about it except in cryptic, nondirect affirmations so as to not give it away. “I feel like everything we’ve done this far as a band has led to what’s going to be happening next year,” says Spoliansky.

Shatterproof has been relatively quiet in 2018 leaving many fans and local music supporters wondering ‘where did Shatterproof go?’ Leading up to and following the release of their self-titled EP in 2017, Shatterproof were gigging everywhere in Colorado as well as several extensive tours. But when 2018 came around, the Shatterproof guys made the mature and conscious decision to refocus their energies.

“With everything that’s been going as far as the business aspect and the good news that was coming, it didn’t make much sense for us to take this valuable writing and development time and – I’m not going to say waste it – but to go out and continue to play the same show we’ve been playing for a year and a half that our wonderful and amazing Colorado fan-base has heard a hundred thousand times. We knew it was time to step it up,” says Spoliansky.

While he couldn’t say much about the details of their 2019 plans, he could say that it revolved around the full-length album they’ve been working on. “The whole band moved into Branson (Hoog, vocalist) and my house and we locked it down for four months. Every day we were eating, sleeping, and breathing music, making whatever music we wanted to make,” Spoliansky recalls. “Basically this year we’ve been huddled in the basement in our sweatpants and hoodies losing skin pigmentation,” he laughs. “We’re writing a ton of different ideas. We have like fifty concepts in total, some of them more developed than others.”

In the early days of the band, Shatterproof made a name for themselves by blending several unique and sometimes clashing styles together into an angsty rock n’ roll stew. With Spoliansky on drums, Branson Hoog on vocals, Jeremy Marmor on guitar, Josh Schoenig on bass, and stirred up by TJ Wessel on violin, the band had a recipe for something special, and local audiences listened.

Now a little bit older and lot more experienced, speaking with Spoliansky gave us the sense that a lot of the things fans have come to know about Shatterproof were about to change. With so much time to focus creatively, the band has taken a hard look at their sound while at the same time releasing themselves from any expectation of what they’re supposed to be. “We’ve been writing what we feel. We were kinda scared with that because some of the stuff sounds a little different, but it’s still us and that’s what we’ve really started to believe and understand to be true. When we write music it’s Shatterproof no matter what.” 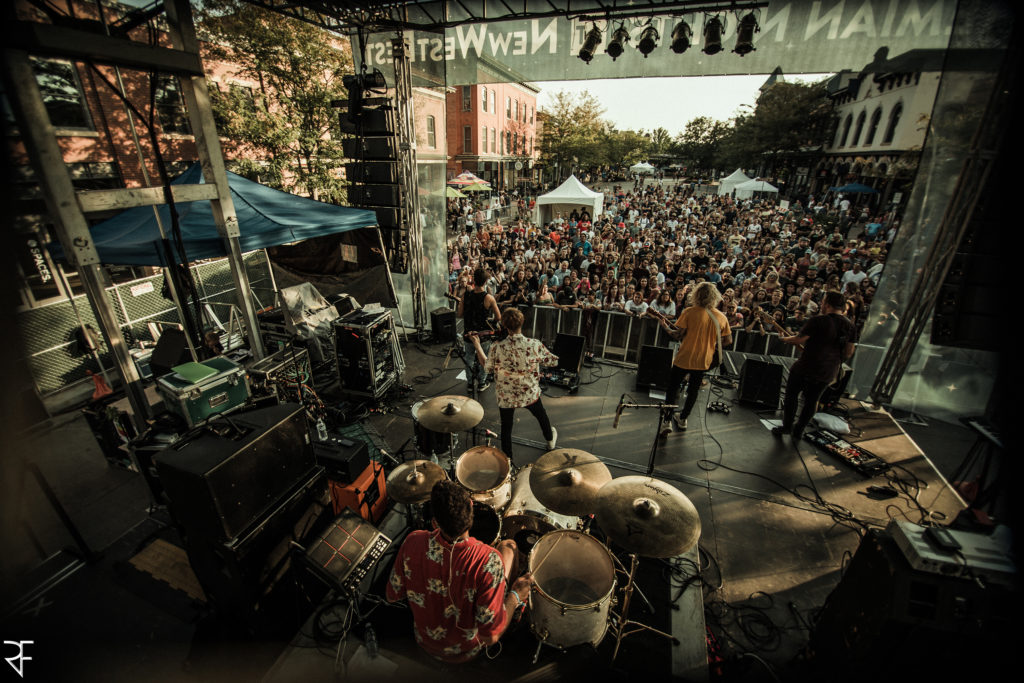 Despite any initial apprehension the band might have felt, Spoliansky considers the work they’re doing as their best by far and can’t wait to hit the studio with it. Testing the waters, Shatterproof debuted a few of the songs during their set at New West Fest in Ft. Collins and will be playing them at The Block Party in downtown Greeley on September 21 – one of their only outings this year.

As to any official details regarding the album, all we could get out of Spoliansky was: “We’ve taken all of 2018 to make a game plan for 2019. For 2019, the pedal is going to be all the way to the floor.”