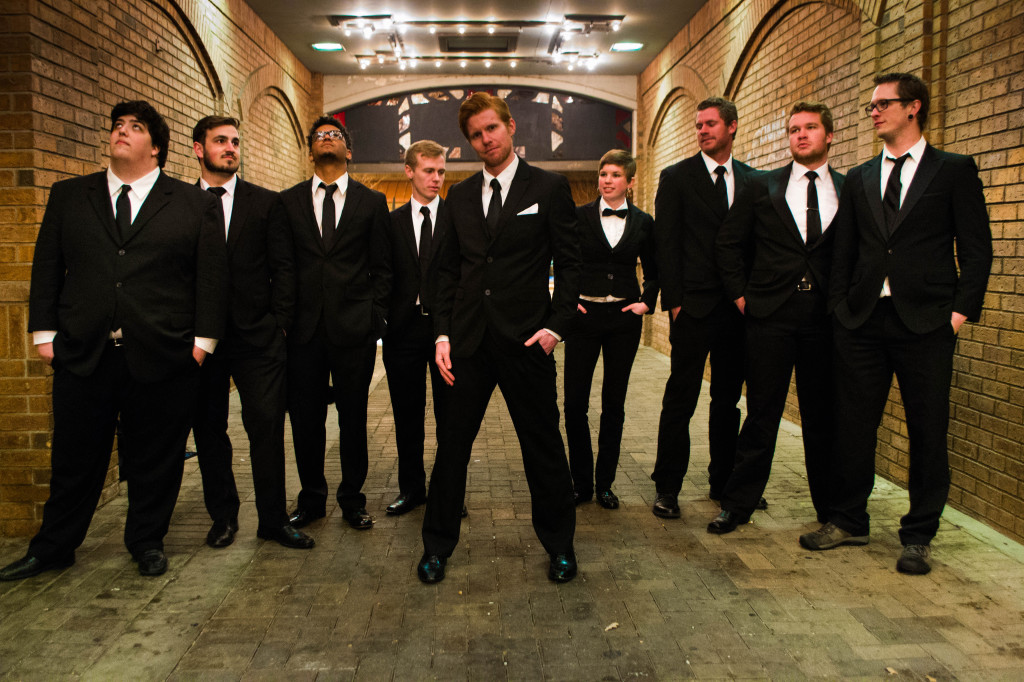 If there were a single word to summarize The Burroughs as a band it would be family. Yes, three of the members are brothers but for this modern soul outfit, the name Burroughs reaches beyond the bloodline. During each show lead singer and Johnny Burroughs tells the audience “if you’re here, then you are a Burroughs,” and after spending an evening with the band and going to several of their shows, it’s not hard to see that he means it.

There is a charisma and a comradery between everyone in the band that is refreshing and energizing. This nine-piece soul funk band is a return to a time when the singer was the centerpiece of entertainment and fully embodied the band’s live sound. Their unique chemistry brings this all together for an electrifying performance, which won them the BandWagon Magazine Battle Bands and the $1,000 grand prize that came with it.

The Burroughs formed around May 2013 when trumpet player Craig Basarich saw lead singer Johnny Burroughs play a few songs at an open mic night at Patrick’s Irish Pub. The two had known each other for a several years but after seeing the new material Johnny had, Basarich approached him about forming a soul band for one show just to say they did it.

“The purpose of the band was to have fun. We don’t like being in bands that were work. Craig said let’s play soul music and I said that’s all I ever do. We wanted to get people together who are good musicians and good people and said let’s have fun and play a show. Then if it went well we would have this network of people and if we wanted to do it again we could give them a call,” said Johnny. 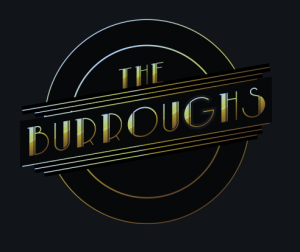 They set a date for the performance. Craig found a horn section made up of several of his classmates from the University of Northern Colorado jazz department and Johnny recruited his brothers for a rhythm section. After three practices they played at the Moxi Theater on July 26th and it then became obvious that this would not be their only gig.

After a few line up changes the band began playing regularly and found an incredible amount of local support with an audience receptive to their brand of soul. This in turn made it all that much more enjoyable for the band to continue gigging.

“We’ve all been a part of bands where you’re just playing because or you’re playing to make money and we always talk about serving the people that are there, through our music, and we want them to have a good time. And we have a good time as a result of that,” says drummer Mary Claxton.

“We all do feel its super important to keep a community in Greeley,” says trumpet player Jordan Skomal very appreciative of the love and opportunities they have received so far.

But the question that seems to be on everyone’s mind as The Burroughs take a look at their initial success is can it last in a town where many of the best musicians are only there for a few years? The answer is a simple one; who cares? Let’s have fun and keep playing soul music.

The Burroughs have no qualms about the future of the band. With so many of the core members graduating or planning to move on, in another year everything could be completely different for the band and everyone is ok with that. This is also has to do with the fact that the songs are there. As the principle songwriter, Johnny has created songs that are at their core strong enough that talented musicians will take notice of and want to be a part of.

“I’m so excited for the next five months, and the whirlwind that the last five months has been with how much people are throwing at us is just awesome. Even if we reach that point where it takes some extra pushing to get it to go to the next level and it’s beneficial for everyone and we can keep the heart that is this band, then that’s great. I have such tunnel vision and my tunnel only extends as far as that last tunnel ended and I can only see what we set out to do in the next couple of months,” says Johnny.

“We’re like that pamphlet at the health center that says ‘so your relationship is moving really fast,’” jokes Klaxston.

While the long term is not a problem for the band, in the short term their goal is to record an EP they can all be proud of. So with their winnings from the battle of the bands they plan to record with UNC professor and renowned drummer for Alison Krauss, Jim White.

“We just had this big band meeting and asked what’s the next step and we decided we need something tangible for us to have forever. Because we don’t know how long everyone is going to be here and we’re having such much fun with these current nine people,” says Basarich.

One of the best things about The Burroughs is that above else, there is no sense superiority amongst the band’s classically educated line up. Johnny and his brothers do not come from a music education but rather grew their chops playing for their church. What the band understands is that talent is talent no matter where it is developed. The bottom line for The Burroughs is having fun, the bottom line is family.