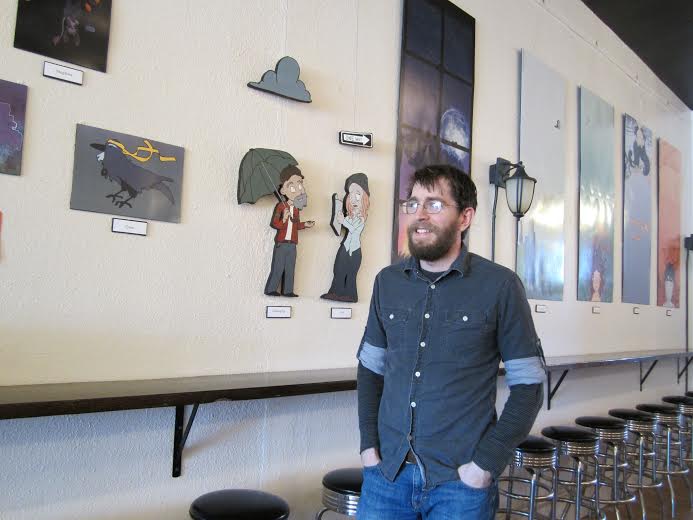 If you have been visiting the Cranford Cove Tea Tavern over on 10th Street in January, you’ve probably noticed some of the artwork of Rick Destree up on the walls. For 32-year-old Destree, this is his third art showing in Greeley, but that doesn’t mean he’s an amateur.

“I’ve been doing it for a long time,” Destree said. “I drew a lot growing up. I would draw little comics and just doodle a lot, I guess, in high school and college, but never really took it seriously, ‘til a couple years after I got out of college, just started falling in love with web comics and comics in general.

“I thought, ‘well, I should learn to do this, I want to do this.’ So it’s been a long process of, mostly through wanting to do comics, learning to draw, learning how to do digital art. I was always pretty familiar with computers, so doing Photoshop and the tools you need for doing online comics came pretty naturally. But yeah, I would say, desire to do comics and to make comics kind of drove a lot of my learning art.”

Originally from Arvada, Destree initially came to the University of Northern Colorado in Greeley, his goal being to become a teacher.

“I originally was going to be a teacher, but eventually dropped the teaching bit and just went for mathematics,” Destree said. “Now I actually do web design and coding mainly for a job, so kind of all sorts of unrelated things for my schooling.” 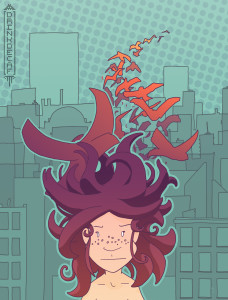 Destree’s previous art shows have taken place at St. Patrick Presbyterian Church and Café Panache. He said the Cranford Cove show was the first show he was really happy with.

“This is definitely the first one that I felt like I pulled off in a way that seemed pretty professional,” Destree said. “I like the way this one came out; not that I didn’t like the first two, but this one I was really pleased with. We got the large sized prints for the first time; this is the first time I’ve done anything large format like that. They came out really nice. So, I would say I’m still very early on in doing art shows, I’m still learning the ropes.”

A year ago, a friend of Destree named David Mash started an art group, which Destree and his wife, Kimberly, attended with other local artists. It was here that Destree started thinking about attempting a couple art shows.

“We would review each others work and give critiques,” he said, “and just as a motivation to do stuff, to like motivate one another, to encourage one another to make art and learn to get better at our trade and that stuff. I’d say about a year ago, I started doing that, do it maybe once a month, review each others’ art and just kind of talk about it. It’s been very encouraging to do that, and I would say that through that process, that’s kind of what got me interested in doing an art show.

“[Mash] had never done an art show before, and he, very early on, and us meeting together, they [the group] encouraged David to have a show and he did, and his stuff is great. He’s a really great artist and poet, but it just struck me: ‘Oh, well, David can do this. He doesn’t necessarily know how to do an art show, he’s learning how to do this. Well then, I guess I could do that too. I could learn how to do it.’”

The art shows are not the only things Destree does. He also works on his own webcomic called The Undead, (http://undeadcomic.com) but has recently put that on hiatus to work on another project with local artist Brian Hughes, creator of the webcomic, Life Under Construction. Destree also has been working on a video game and has gotten into making lamps; he is currently working on lamps for John Galt Coffee.

“I feel like with the very small measure of success at the last few art shows,” he said, “I’ve gotten a ton of people wanting projects done. I’m spread very thin, do a lot of different, crazy stuff. So I’ve spent a lot of the last six months doing projects like that for people.”

One such project is a music video for local musician, Tim Coons.

“It’s going to be pixel art, and it’s going to animated, so it’ll look like, so the end result should, if I do it right, should look like a video game, like a Super Nintendo video game.” 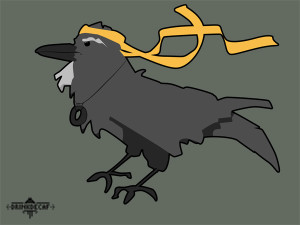 For those who want to find out more on Rick Destree, visit his website at http://drinkdecaf.com.