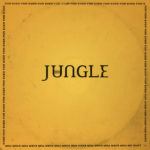 London based neo-soul band Jungle are gearing up to release what is going to be the best sleeper album of the year. For Ever is a vibrant cosmopolitan display of what it means to be a musician in 2018. What started as two multi-instrumentalist friends in 2014 making music in their London bedrooms is now a seven-piece musical movement making infectious dance music.

Being released on XL Recordings September 14, the album is already making waves. The three singles they’ve released and their accompanying videos have been well received by critics as well as audiences worldwide and their upcoming shows have sold out across the board. An award-winning live band, they shine all over this album, especially on the singles “Heavy, California” and “Happy Man.”

While Jungle are lumped into the modern soul category, For Ever is so much more. It has a form that breathes well, even in the second half of the album where the tone chills out. Employing musical tricks that are often ear-bending and surprising, masterminds Josh “J” Lloyd-Watson and Tom “T” McFarland are not holding back. There is a truth riding underneath the whole album and a musical honesty that has special written all over it. While some indie heads might turn their noses up to its commercial accessibility, For Ever is an honest-to-God barn burner.

But there’s depth to the dance as well. For Ever is a commentary on the dream of living in Los Angeles compared to the reality. So many musicians put cities like LA and New York City on a pedestal as a mark of what it means to “make it” and for Jungle, the truth was a hard lesson. After moving back to their native London, our boys hooked up with producer Inflo and created a body of work that’s both a live band album and an electronic dance record.

Catch Jungle fever, so to speak, at The Aggie in Fort Collins on Saturday, September 29.