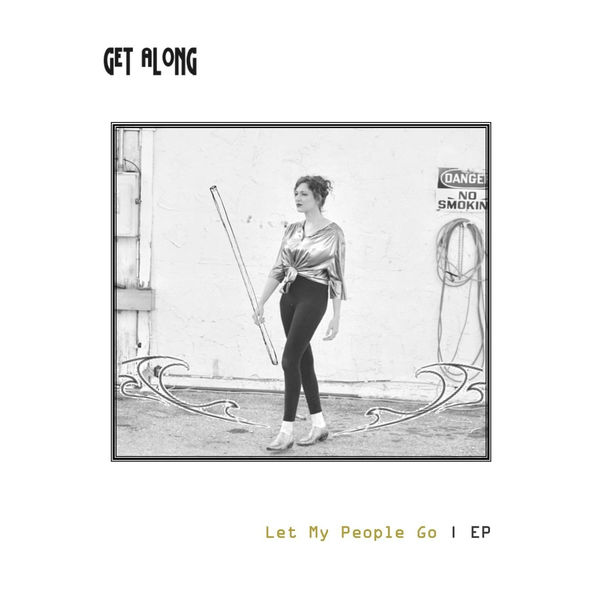 Get Along is a husband and wife indie-pop duo made up of Nicholas and Cara Yañez, who just released their diverse EP, Let My People Go. They may be a two piece but they don’t let that limit them in the studio as their arrangements are bold and ambitious. Their songs range from upbeat, danceable synth-pop to orchestral ballads and everything in between.

The opening track “Death of a Death Metal Band” is a high-energy, dance song featuring both Nicholas and Cara on vocals. The band really pulls out all the stops on this one featuring a large arsenal of instruments including vocoder and trumpet.

The third track “Let My People Go I” is a ballad that dramatically changes the pace of the EP. Opening with a string orchestra, glockenspiel, and operatic vocals, Cara delivers a heartfelt vocal performance. The song leads into “Let My People Go II,” which is an epic pop anthem that builds to an epic ending of just vocals and pounding drums.

The closing track, “Exodus,” brings it back down with Cara singing on piano, accompanied by the vocoder and trumpet, ending the EP on the calming and peaceful note.

While the band has a big, multi-layered sound, they still perform live as a two-piece. Cara is on lead vocals and piano while Nicholas is the wizard producer behind it all, playing synths, live drums, and triggering samples. Both are very talented musicians and a great match for each other.

Be sure to check out Let My People Go on all streaming services and catch this band live!