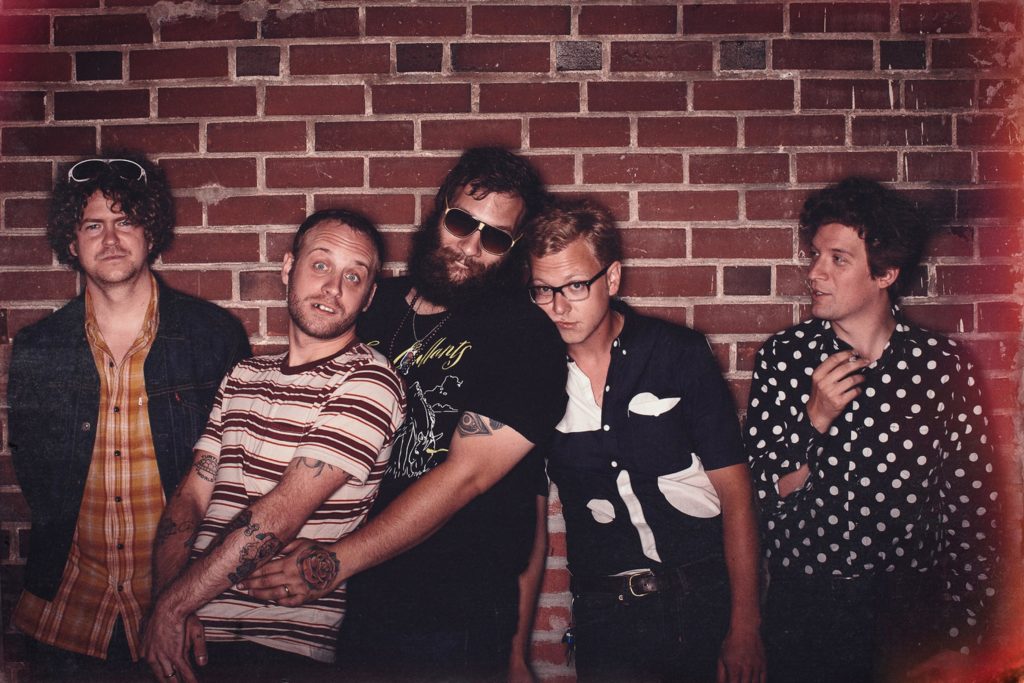 Most music fans were first exposed to Nick Lowe with his 1978 album Jesus Of Cool (UK title) / Pure Pop For Now People (US title). It was hard to escape radio that summer without hearing “So It Goes” multiple times. Now, Yep Roc records is releasing six of Nick Lowe’s 1982-90 albums. For the real “completist” you can own 1982’s Nick The Knife & 1983‘s The Abominable Snowman; 1984’s Nick Lowe and His Cowboy Outfit & 1985’s The Rose Of England; and 1988’s Pinker and Prouder Than Previous & 1990’s Party of One (both being released Oct. 20) on CD and/or vinyl. They come with live tracks, demos and rare tracks, too. And getting them all at once gets you the special Nick Lowe lunchbox! (What will they think of next?) And there’s a Colorado connection…all six were remastered by Boulder’s Grammy Award-winning Dave Glasser at Airshow Studio.

Deer Tick haven’t released an album in four years but they have more than made up for their absence by releasing two albums simultaneously. What’s special about these albums is they are one idea but two different listening experiences. Deer Tick Vol. 1 is perhaps the more “classic” Deer Tick, an album full of rockers featuring acoustic guitar and piano. Vol. 2 is meant plugged in and a bit more in your face. Both albums perfectly capture the dichotomy of being a band like Deer Tick in 2017. When four years have passed since your last album, when the attendant life changes like marriage and kids plus your musical influences are The Replacements, Rolling Stones and Neil Young, it makes sense that they have released two different sides to themselves. Recommended tracks, Vol. 1: “Cocktail,” “Doomed From the Start,” “Sea Of Clouds.” Vol. 2: “Tiny Fortunes,” “SMF.”

The National’s new album Sleep Well Beast May be their best since Boxer. It has all the elements you’d expect: bloodiness, existentialism, and that unmistakable baritone— but something in it feels different. Coming closer to the exuberance of their live shows, lead singer Matt Berninger has cut through some of those elegant recording restraints and let loose, relatively speaking. Maybe it’s the comfort of their new studio, or being able to collaborate without having to spend time together. The album flows effortlessly from the synth driven “Walk it Back,” to the drum and guitar heavy “Turtleneck.” Feeling both familiar and exploratory, The National delivers another fine album. Slip on the headphones and give it a listen, you won’t be disappointed.

There’s a reason why when Rolling Stone magazine was putting together it’s list of top 10 country musicians you need to know, Tyler Childers it was at the top of their list. Coming out of Kentucky, Childers’ music contains a powerful combination of strong lyrics and tight musicianship with a hint of melancholy and darkness tossed in just to make you a little uncomfortable. Listening to Childers’ new album Purgatory, you are immediately reminded of Jason Isbell, Chris Stapleton and Sturgill Simpson. Not surprisingly, Simpson was asked to produce Purgatory and his influence couldn’t be more obvious. If you like country music that belongs in a roadhouse at the end of a dark road, then Tyler Childers is the perfect artist for you.