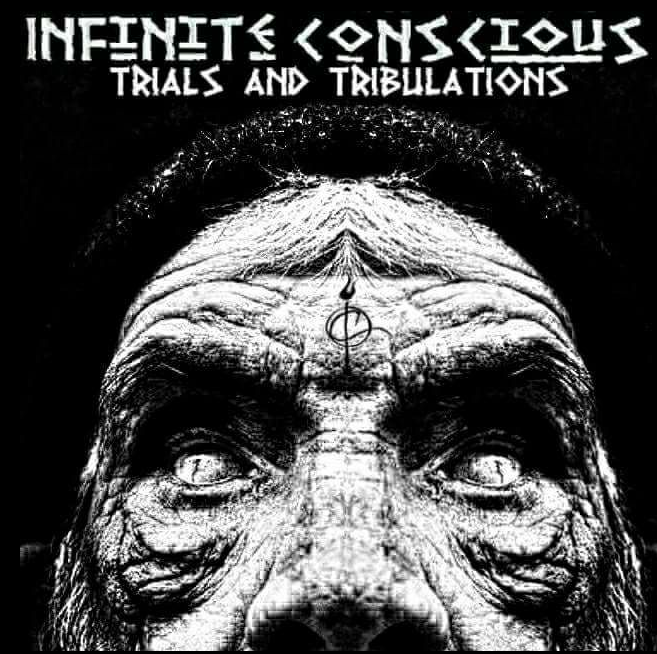 Sludgy thrash is the best way to describe the contrasting and somewhat ironic style that Infinite Conscious brings to the table on their latest EP Trials and Tribulations. This style alone really shows the internal conflict that is explored throughout the EP. Starting the tracklist is “Passed Over and Done” which is a sledgehammer of emotion. Starting with a slow almost anthem-like guitar line, the song starts the album with a trudging drone and increases with intensity over time.

“Silent Despair” is the second track to hit your ears, and despite the name is one of the more uplifting tracks on the album. The hook is very catchy and the tempo is a little more upbeat. It is a safe bet to say this is a moment in which vocalist Chris Blackman and his crew begin to overcome some of their tribulations.

With all the emotional power drive vocals that Blackman brings to the album, the third track “Perseverance” is more reminiscent of a ballad. A dark, dreary ballad, but a ballad nonetheless. Although the EP leans towards the darker side of things, “Perseverance” is a good example of the many moments the band presents a “light at the end of the tunnel” so to speak.

Blackman pours his heart out all over the album with extremely gritty and powerful vocals very akin to Down, the heavy metal supergroup. At times Blackman will strain his vocals to the point where it sounds as if he is hurting himself and falls a bit out of the track, but somehow it just feels right. As for the rest of the band, they paint a good landscape for Chris to walk us through and have highlight moments throughout. Tossing in drum breaks, bass solos, guitar solos and more, they cover all of your bases for a odd mix of prog, rock and roll, and some sludge to squish it all together.