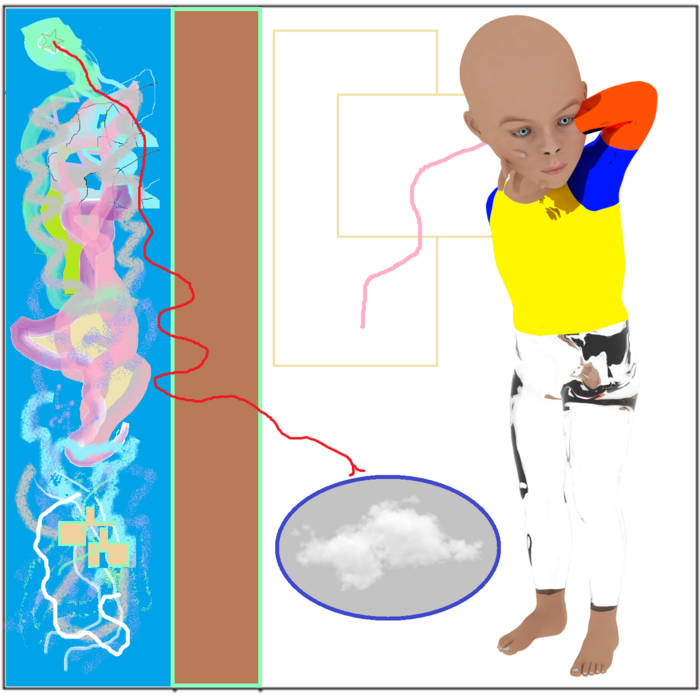 Notice is the first full-length album from Denver based band Wrinkle. Coming in at a whopping 15 tracks, the album may seem like an intimidating listen amidst the sea of four track EPs, but only three of the songs are over three minutes. The band is the brainchild of Amos Helvey, who sings and plays guitar and keyboards on the album. He is accompanied by a Evan Kallas bass and Nick Manske on drums. The trio has a very organic sound as they have played with each other in various projects in some shape or form in the past. They also rotate on instruments to form the band PACEMAKER.

The album is the musical equivalent of a goody bag you would receive after the kids Spiderman themed birthday party that’s filled with all sorts of cool trinkets. Most of the songs are short and sweet indie pop rock songs that come in at two and a half minutes at the most. They offer you a glimpse in Helvey’s world as they cover a wide range of topics with lyrics that are not at all cryptic. From “Keyboard” which is literally about frying your keyboard by using the wrong power source, to “Walnut Tomb” which is about Helvey’s place of work closing down, to the heartbreaking song “There Is No Love In My Heart,” just to name a few. The tracks on the album were recorded and mixed in a variety of different locations around Denver and Fort Collins which also lends itself to the diversity of the album.

Wrinkle has released material in the past in the form of splits or singles, but now they have a record to call their own. Notice is a solid full-length album that showcases great songwriting, creativity, and resourcefulness.