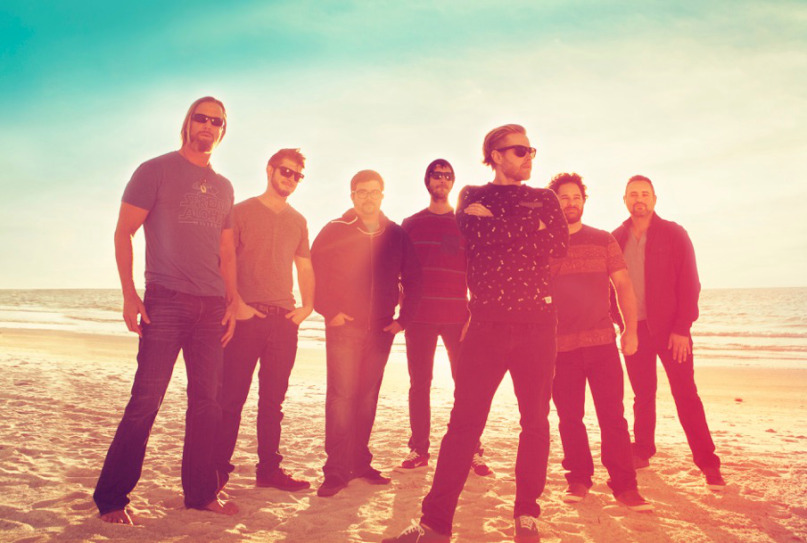 For the guys in the tropical indie-rock outfit The Hip Abduction, life could be worse. Based out of St. Petersburg, Florida, according to bassist Chris Powers when they’re not on tour or recording new music, they’re spending time on the beach. A band since 2007, it wasn’t until 2013 that the band began to experience a breakout when they released their self-titled album to a warm reception in the reggae market.

“We wanted a record that sounded like it was recorded in 1978, so we recorded it like we would. That vintage vibe we created with that really changed things for us,” says Powers.

Their latest album, Gold Under the Glow is a band leaving behind some of those reggae roots and embracing a more pop sound. With soaring synth lines and the polish of modern recording, The Hip Abduction created an album that truly glows with a positivity and vibe that fits so well with their beach lifestyles.

Going into this record, Powers says the guys were prepared to do whatever it took to find the right sound. Demoing dozens of songs, the band ended up throwing out most of it until they felt the material was perfect, hoping to bring in people “who would rather listen to Arcade Fire than Bob Marley.”

As a band from Florida, The Hip Abduction is all too familiar with the struggles of having the southern state as a headquarters. According to Powers, once they leave Florida it’s nine hours to the next metropolitan area. The trick for The Hip Abduction was to grind in all the major cities in Florida before taking it on the road and finding balance from the beautiful city they call home.

“St. Petersburg is a cool, artsy town. You can go out on a Monday and see five or six bands playing downtown. To have that sort of music cultivated in the city and the vibe is really inspiring. And when we come home from tour is when we have our craziest shows,” says Powers.

Looking back on 2016, Powers had a lot to be happy about for the band. “Doing the Colorado tour was the highlight for July certainly, but the last year we played 104 shows in 27 states, we put 70,000 miles on the van, so pretty much the whole experience in 2016 was outstanding,” says Powers.

For Powers, his current life is surreal.

“I don’t think any of us thought it would go to this level with us all quitting our day jobs and doing this full time. We all hoped and dreamed but so do a lot of people. It’s definitely been an amazing experience.”