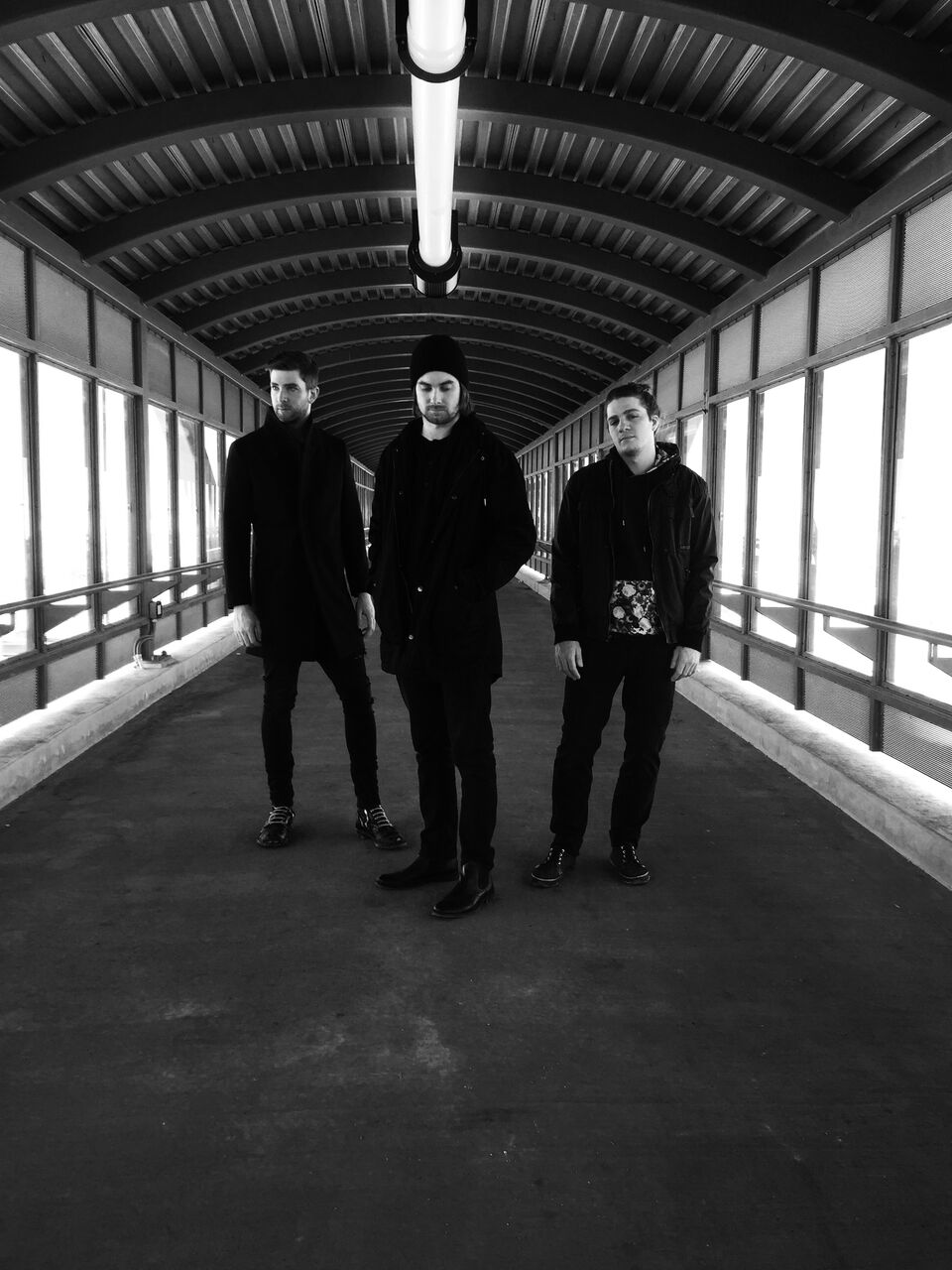 When Denver musician Danny Stills was surfing the internet one day, he stumbled across an 888, which is a tape made for a machine manufactured in the 1960s used to record the Beatles and other timeless acts. Stills brought the suggestion to Aaron Rothe and Danny Cooper, who also gravitated towards the idea of naming their electro-pop project, 888.

As of January 2015, 888 has become a full fledged band, playing to packed audiences and creating their own signature brand of electro-pop brilliance. The trio’s inaugural EP, Critical Mistakes, abandons any constraints and lets them be as sonically creative as they wanted to be, weaving various styles into one cohesive fabric. In anticipation of 888’s headlining show at Greeley’s annual Block Party, Stills and Rothe talked lessons learned from their previous band, Drop Dead, Gorgeous, the significance of the number 888, and recording with limited resources.

BandWagon Magazine: What is the significance of the number, 888?

Danny Stills: We started digging into the name more and realized there were so many cool things about the number ‘8.’ There are eight notes in an octave, 88 keys on a keyboard, and I noticed digital clocks blink ‘888’ when they reset. The name just felt perfect and represented limitless possibilities. We also came to the conclusion that was what we wanted from our music so we stuck with it.

What about your individual styles gelled?

Aaron Rothe: We have been playing music together for over 10 years, but we got together to form 888 in January of 2015. The magic behind any band is the blending of individual styles but the most difficult part is figuring out how to blend them. For us, that comes from years of playing together but also being such fans of each other as musicians and collectively having the same mindset. It’s always about writing a good song. With this project, we’ve all taken on more roles with writing and producing than ever before because there are only 3 of us. It’s been so challenging and rewarding and we’re constantly expanding our individual skills and growing to be better musicians.

How long did it take for “Critical Mistakes” to come to fruition?

Rothe: “Critical Mistakes” was the first song we wrote for this project. Stills had the lyrics and vocal melody written but we hadn’t yet established a definitive sound for this project. So naturally that song went through the most changes as we were finding and homing in on the musical direction. We all knew immediately once it was right and that laid the groundwork for the rest of the EP.

Rothe: The recording process was an adventure. We didn’t have a budget so we had to figure out how to create the sound we were hearing in our heads using the few resources we had in front of us. We would get together in Stills basement and try out different ideas and sounds until something clicked. I think the most important thing we did was not set any kind of musical boundaries and that really shows in the songs. We produced and wrote almost everything in Stills’ basement and then went to LA to track vocals and drums with Beau Burchell.

How did you come up with the concept for the “Critical Mistakes” music video? How did the Forgiveness Project get involved?

Rothe: When we started talking about what we wanted the video to be, all we knew was we didn’t want the concept to be so literal with the lyrics. We brought in Roscoe from Blurred Pictures, a video production company based in Denver, and he came to us with the video treatment and it gave us all chills. It’s such a powerful and important message to put out right now and the video adds so much depth to the song and we could not be more proud or happy with how it came out.

When we put the video out, it got such a good response and people were writing us and asking if it was real and how they can get more information. We then discovered The Forgiveness Project, which is a charity that works very similar to the concept of the video. We loved what they are doing and wanted people to have somewhere to get more information so we reached out to them and asked if they wanted to get on board. They loved the video so we re released it with them.

In what ways did you take what you learned from being Drop Dead, Gorgeous and apply it to 888?

Rothe: Our experience with Drop Dead, Gorgeous has given us so much valuable insight as we move forward with 888. We already know how to work and travel with each other, which is very important, but also things like picking the right people to represent us or knowing what to do when an airline loses your gear and you have a show in 4 hours. We were so young and naive and everything happened so fast with Drop Dead, Gorgeous, that we inevitably learned a lot of hard lessons and a lot of the do’s and don’t’s. We’ve been through a lot with the music industry, but now we can look back on it and realize it was just preparing us for this.

Are you surprised by the EP’s warm reception?

Stills: We all have confidence in our songs and hope for the very best once we put them out. That being said, you can never predict the response your songs will receive—good or bad. The response for this EP has exceeded all our expectations and has come as quite a surprise. We’re so grateful for all the fans and the support we’ve gotten since the release of the Critical Mistakes EP. It’s our fans that allow us to do what we love everyday and even inspire us all the time. We owe so much to anyone that has listened to our songs or purchased them. It’s very touching to see someone that gets a tattoo of a house on the hill by the ocean.

Are you looking forward to playing the Greeley Block Party? What else do you have on the horizon?

Yes, we can’t wait. Greeley has been so good to us and we always have a blast. It’s really cool to see how great of a music scene Greeley has now because it didn’t always used to be that way. Aaron has a lot of family there too so those are definitely special shows for us. As far as plans for the near future, we’re going to be touring a lot. Our single, “Critical Mistakes,” is about to hit top 20 on the US alternative radio charts, so we’ll be out playing for as many people as we can.