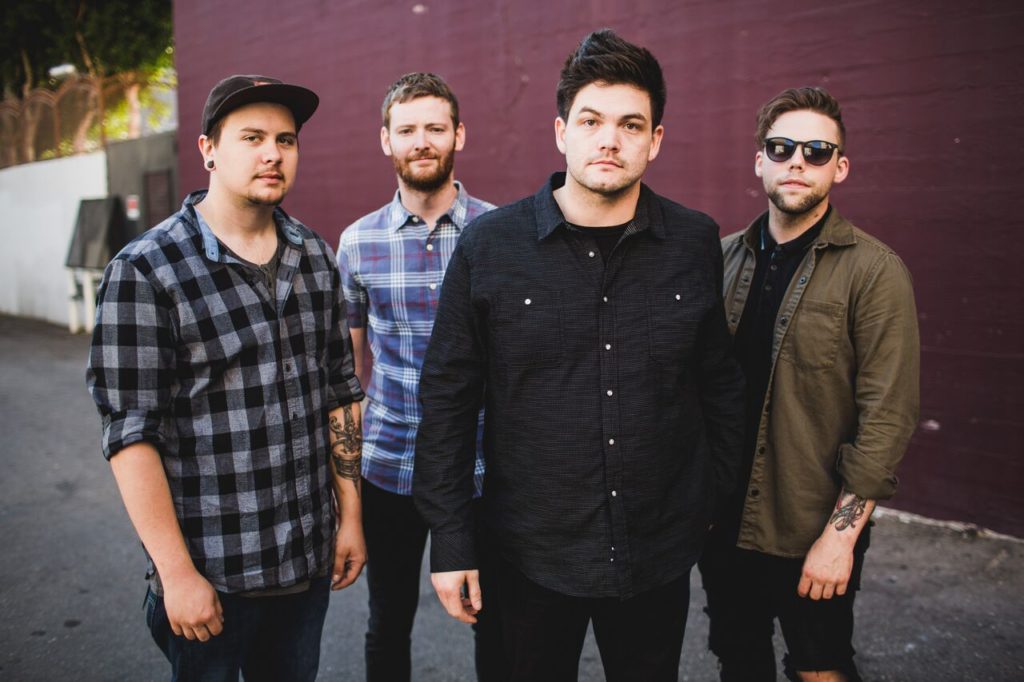 As one can imagine, growing up in the vast nothingness of Sioux Falls, South Dakota doesn’t exactly provide for an exciting upbringing or much of a musical landscape, but The Spill Canvas vocalist Nick Thomas still managed to find his niche. Established in 2002, The Spill Canvas is a result of the “Midwest isolation” Thomas was exposed to and consequently became the driving force behind his own music.

Beginning with 2002’s Go for the Jugular and culminating with 2012’s Gestalt, The Spill Canvas has seven proper studio albums under its belt. Bassist Landon Heil and drummer Bryce Job round out the current line up, and the fellas are still on the road celebrating the 10 year anniversary of 2005’s One Fell Swoop. Thankfully, Thomas had a few moments to talk about the upcoming Spill album in the works, where the band’s name came from and why music is his catharsis.

BandWagon Magazine: What was it like growing up in Sioux Falls?

Nick Thomas: I was lucky because the Sioux Falls music scene was hitting this almost magical status during my impressionable years, and those organic scenes are pretty rare in today’s instant digital age. Not to say things were better then, just a different feeling of connectivity when you’d see a band you love come through on tour that you found without the use of the internet. Ultimately, the music that found it’s way out of me and into the picture without the framing my hometown provided.

Where did the name come from?

It was actually born out of quick necessity before playing one of the many local coffeehouse shows I did. I had some other musician friends that were starting to jam with me and I wanted them to feel a bit more comfortable instead of playing under my name. I thumbed through a lyric book I had on me, landed on a page where I had scribbled “The Spill Canvas” and it felt right-has ever since.

You’ve already been at this for many years. What is one of the most important lessons you’ve learned about the music business since getting into it?

For me, it’s complicated. But I’d say the most important lesson is to know that they are 2 things that aren’t intended to go together-music and business. But if you’re attentive to the routing between the heart and the brain, you can navigate the landscape and understand the balance.

What’s the toughest part about being in a band as opposed to being a solo act?

Honestly, I’m not sure I could really say anything that’s really tougher for me personally. But that’s because I really enjoy actually playing with other musicians and the incredible feeling of chemistry when it really comes together. If anything, it’s easier because I don’t have the chance to get lost in the self-doubt that can accompany being the only one at the helm.

Well, if it were truly my craziest story I wouldn’t be able to just go giving out that information [laughs]. I’m gonna have to go Jim Morrison on this one and provide some old school mystery for the content gluttons. Let’s leave it up to the imagination, which is a beautiful thing.

Generally all of them, as in the fact that in some way we are all on the same vessel in the same sea. But if I had to choose I’d say The Goo Goo Dolls or One Republic because they are both full of incredible songwriters and good people who were always outwardly kind to the lowly support band on their huge tour when they didn’t have to be.

A lot of people think being in a band is all parties and fun, 24-7. Do you think people have the wrong idea about what it means to be a musician?

Not in a mean way, but I’m not really certain I care what they or anyone thinks either way. I care about the universal language of music and learned long ago that people will think whatever they want, and that is their right as a human.

Lyrically, what drives you? How do you decide to move forward with a song or scrap it?

All my lyrical content comes from a very cerebral place and I get this extremely pleasing relief feeling when the words are arranged in whatever specific way the song requires. Most the time it’s something directly autobiographical, while other times something comes out that’s more fictional in regards to actually happening. I try my best to let the songs find me. I may seek them out initially, but once we’ve connected I let them drive.

What are you guys working on currently?

Currently I’m just writing in between tours, but after this upcoming fall run we’re going to be really hitting it hard and hopefully will come out of winter with a new Spill album. Just keep your eyes glued to the respective screens for news and we’ll feed your content monsters.

How does it feel to pour your heart out on stage in front of a bunch of people night after night? Is it therapeutic in a way?

Yes—in every way. Playing or even listening to music live and getting lost in that deeper connection in our DNA has been, is, and will always be, the most incredible thing next to procreation and love that humans can do.