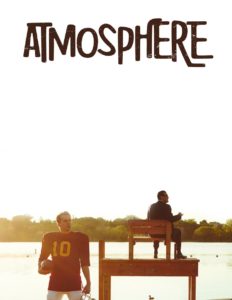 In June 2003, when 16-year-old Marissa Mathy-Zvaifler was raped and murdered backstage by the venue’s janitor at an Atmosphere show in Albuquerque, New Mexico, Sean “Slug” Daley’s perspective on life changed forever. Since that dark, dark day, the Rhymesayers Entertainment co-founder realized it wasn’t just about him anymore. He had a greater purpose, one he’s been chasing for the past 13 years.

“It’s been a struggle for me since probably the You Can’t Imagine How Much Fun We’re Having [2005] record,” Daley explains. “That’s when I kind of began trying to figure out how to have an ego without letting it ride shotgun in the car next to me. It’s been hit or miss.

“Ever since, and I hate to reference this, but ever since Marissa died at that show in Albuquerque, it made me realize, ‘Look, these kids are listening to what I have to say,’” he continues. “I have a son and he’s listening. At the time, Jacob was 11, going on 12. I knew I couldn’t strangle the ego and bury it. It’s here and it’s part of me, but how do I control it and navigate it? It’s been hit or miss. Sometimes I do it right, sometimes I do it wrong. On the albums, I’ve always been the guy that raps about humility or my insecurities or introspective shit, but how do I figure out a way to do it with the voice my mom gave me, and not just the voice Hip Hop gave me or the streets I grew up on gave me? I had to find the voice that’s going to be with me forever. This record is an extension of that.”

On Atmosphere’s 11th studio album, Fishing Blues, the Minneapolis-based emcee has inched closer and closer to figuring out his purpose. Along with producer and DJ Anthony “Ant” Davis, he’s managed to create an extensive body of work that not only celebrates his assets, but also highlights his insecurities—and unapologetically so.

“This culture builds self-esteem and it does it by faking it until we make it,” he says. “I was a part of it when I was younger. But now that I’ve reached a place where I no longer care about being cool—I don’t care whether I’m wearing cool clothes or if my hair looks good. It’s not that I’ve become apathetic, I still shower and brush my teeth, but I no longer am super concerned about what other people think of me.”

On Fishing Blues, he consistently wrestles with his omnipresent ego and at the same time, tries to suppress the ugly side of any perceived arrogance. Now in their early 40s, both Slug and Ant appear to have made cataclysmic changes in their lives. Ant, who is infamous for DJing with a cigarette hanging out of his mouth while clutching a Budweiser, quit drinking a year and a half ago. He also hasn’t had a cigarette in over five years. Slug is in the throes of marriage and fatherhood, which he Tweeted about over the summer, referring to the narrative Hip Hop he makes as “#DadRap.”

“I couldn’t bring myself to talk about, you know, chasing ass. I couldn’t even do it,” he explains. “I can’t bring myself to rap to sound like I’m cool. I realize that a large part of this culture that I’m a part of is about a performative coolness. It is about that and it’s supposed to be. I understand that. So what is informing my rap then? If I’m no longer a part of that performative coolness movement, what is informing my rap now is 100 percent my moral code. Right now, my moral code is really based in fatherhood. To me that’s really what #DadRap is.”