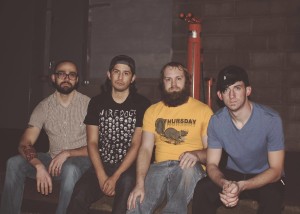 A Mission to Civilize: Part I is the first EP from Fort Collins punk rock band, I Am The Owl. Staying faithful to punk’s D.I.Y. mentality, the EP was recorded, mixed, and mastered by the band’s vocalist and guitarist, Josh Rivera, with the exception of the drums being tracked by Oliver Mueller of Slow Caves. With well written and executed parts, I Am The Owl is a good reflection of modern punk music.

True to punk roots, the band’s six song EP examines the current political climate. The EP opens up on a strong note with hard-hitting guitars on the track “Thoughts & Prayers”. The song carries a message for politicians and people who stand by idly, using empty words instead of taking action. The following track, “Discharge,” perhaps the strongest song on the album, is another politically charged track about government distrust and overreach. The EP really lives up to its name as the band sets out to spread their message against uncivil acts of the government.

Each song on the album posses a similar feel but there is enough variation to keep things interesting. The instrumentals are the strongest aspect of this EP, with solid playing from each member of the band. From the tight drumming, to solid bass lines, to beefy guitars, I Am The Owl really nailed the sound that they were going for. The EP is a strong first official release for a band that is quickly becoming a staple in the Fort Collins punk scene.

From front to back, A Mission to Civilize: Part I hits hard with its guitar driven and politically charged songs. Catch them May 27th for their EP release show at Hodi’s Half Note with American Blackout, Men of Letters, and Foreverfall.