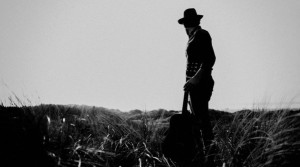 Upon listening through, it is apparent that having the orchestra with him in these recordings has impacted the dynamics of his music substantially. “Liars,” a track which he  recently released as a single, starts the album quietly with a somber acoustic guitar and builds continuously throughout the rest of the five minute song, with the orchestra embellishing Isakov’s quartet and filling out every empty space. This track gives headway to what the rest of the album has in store–with the gentle yet driving folk sound Isakov is known for, enveloped in the sea of sound produced by the well seasoned performers of the Colorado Symphony Orchestra. In a recent interview with The Wall Street Journal, Isakov discussed the new album’s sound with the Colorado Symphony’s involvement, “It gives the songs a huge, dynamic sense of space, similar to how small yet connected we can feel when we are alone beneath a huge starry sky.”

In celebration, Isakov will be hitting the road immediately following the album’s release throughout most of the month of June and a couple of dates in early July. Joining him will be The Ghost Orchestra, which is comprised of many Colorado musicians as well as some members of the Colorado Symphony. Additionally, he will be appearing at select dates with the National Symphony Orchestra in DC, the Atlanta Symphony Orchestra, the Philadelphia Youth Orchestra, the Vermont Symphony, the Maine Youth Rock Orchestra, and has plans to announce dates for a second leg of the tour throughout the west coast.