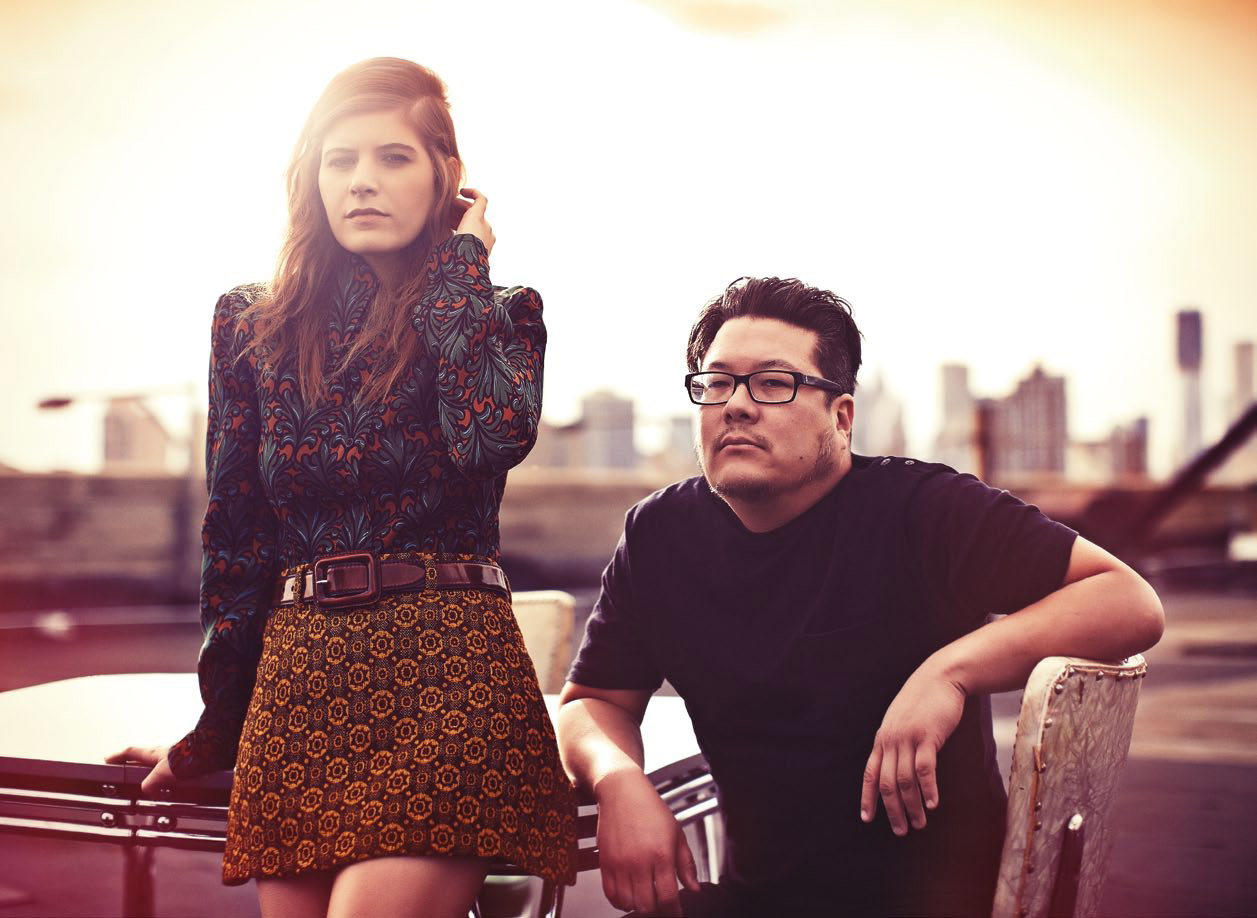 Best Coast’s Bethany Cosentino has gone through some noticeable changes since the duo’s 2010 debut, Crazy For You. Aside from her smaller appearance (the result of lots of exercise), her confidence has blossomed and she’s much more self-assured on stage. Whether that’s the result of the dissolution of her long-term relationship with Wavves’ Nathan Williams or simply getting older, on Best Coast’s third studio album, California Nights, it’s clear she’s a new woman. Album opener “Feeling Ok” and “Wasted Time” seem to touch on finding strength after a break-up and reflecting on what went wrong. While her lyrics are nowhere near complicated, it’s the simplicity of them that make them so relatable. Everyone’s experienced these feelings at one point yet she’s not afraid to talk about them. While the ‘50s/‘60s surf-pop influence is still heavily intact, the album shows more maturity than past efforts. It’s not all about bong hits and the love for her cat. As Best Coast prepares to kick off another national tour, Cosentino opens up about body image issues, her not-so-secret love for Hillary Duff and California Nights.

In our first interview, we talked about body image and the music business. Do you still feel pressure to look a certain way?

Not really. I mean, it’s hard because when you’re in the spotlight, people will comment on your weight and your looks no matter what, but you just have to grow a thick skin and not let it affect you. I got really obsessed with exercising over the last few years and people will comment now, ‘You’re too skinny.’ When before it’s like they said, ’I was too fat?’ It makes no sense. Like I said, people will always comment. It’s just the way the world works. I learned that for myself it was about reaching a level of confidence with myself physically and mentally where I no longer care about any of those things people say.

I loved your first record and the follow-up, but it seemed some people weren’t digging the sophomore album as much. Why do you think? Do you even pay attention to what critics say?

I really don’t pay attention. The way I know a record is successful is if the fans like it and if we are still playing sold out shows all over the place…and we are. I guess people weren’t ready to hear such a polished sound from us, given our first record was not polished at all. But like with the body image shit, people won’t ever be 100 percent happy with what you do. They don’t want you to make the same album over and over, but they also don’t want you to change. It’s silly so I don’t pay attention to any of it. 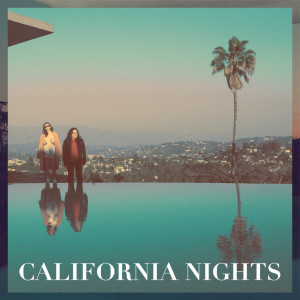 How do you think California Nights has been received? Fade Away?

As far as I can tell, people are really enjoying California Nights. The feedback from fans has been amazing, it charted at #24 on Billboard, which is the highest of any of our records. We were confident about this one and I think that helped so much. Fade Away seemed to be received well, too. I mean, like I said, I don’t read reviews or interviews with myself, so like I couldn’t tell you what Fade Away was rated by blah blah blah blog- doesn’t matter to me. What matters is it exists as a piece of art I put out there in the world and it means something to a lot of people.

How is it working with Bobb in the studio as opposed to several members when you tour?

The two things don’t correlate at all, really. I mean when Bobb and I work in the studio, it’s like, our thing. It’s what we do. On this record, we brought in our drummer Brady Miller so the dynamic between all three of us plus Wally, our producer, was really amazing and special. On tour, we play as a five-piece, but it’s nothing like a studio atmosphere at all. Our live show is a lot fuller now. It’s louder. We can rock a little harder and I am given a chance to set the guitar down for a few songs and just sing. I love the set up we have live now compared to the days when we played as a three-piece.

How did you and Bobb meet? What about your styles gelled?

We met through mutual friends in the Los Angeles music scene, particularly people in bands that came out of this venue called The Smell. I would just see him at everything and always wonder like, ‘Who is this long haired Asian metal guy that is at every party and show I go to? [laughs].’ We just started talking at a party once and realized we had a lot in common. We like a lot of the same pop culture stuff, things that most people would deny being into because they think it doesn’t make them look ‘cool.’ There was some movie coming out starring the Duff sisters and Bobb and I were both really into Hillary Duff so we went to see that movie together. He’s much older than me, but we get along so well and we are interested in a lot of the same stuff. He’s just always been a really cool guy for as long as I’ve known him. 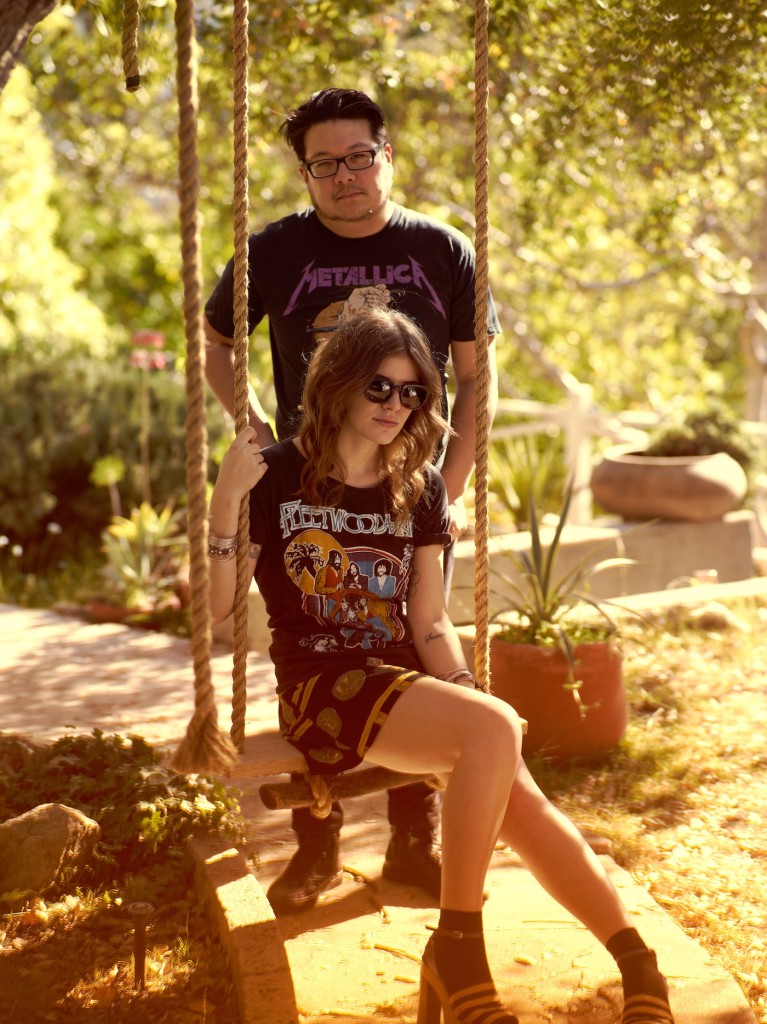 I saw you at the Slowdown in Omaha and I think you’re a strong presence on stage. Did you or do you have stage fright? Having all eyes on me has always terrified me.

I never really have had ‘stage fright,’ but I think I for sure used to feel a bit awkward on stage, at least when Best Coast first started. When we started, I wasn’t sure like what to do with my body when I was playing guitar. I wasn’t sure where to look. I kind of would feel like, ‘Uhhh, am I totally boring these people?’ I mean, I have been performing on stage since I was like 5-years-old so the stage is a place I’ve always felt comfortable. I just had never been the front woman of a band before so it took some getting used to. If you see us live now, it’s like a whole new Bethany up there. I am so confident on stage now I just don’t even care if I look silly dancing around or if I’m making weird faces when I sing. It’s like my hour every night to just go wild. I love it.

What are your qualms about the music “business,” if any?

I mean, like any business, there are issues, but I feel like it’s important to just be dedicated to what you do and surround yourself with good people in the industry because they definitely do exist. It’s a bit frustrating that streaming music has taken over because no one buys records anymore and artists end up making less money. People assume that if you’re in a successful band you must be super rich, but it doesn’t really work that way. You have to hustle really hard to make it work. You have to do brand partnerships and synch your music in TV/film. There is a whole lot of stuff people that aren’t musicians don’t understand about the music industry. It’s not like, ‘You’re a band! Ready, set, go! You’re rich!’ But like I said, hustle hard and surround yourself with good people who will protect you and have your best interest in mind and you will survive.

Why is the west coast the best coast?

It’s just got a relaxed, laid back vibe unlike anywhere else. It’s a lot slower paced than most parts of the United States. The scenery and nature are beautiful. You’ve got deserts and oceans and mountains all in one place. It’s ideal to me.

How did your tour with The Pixies go? Was Kim on that tour? I had the pleasure of interviewing her awhile back.

It was fun. It was really cool to get to play with a band that I listened to a ton growing up. No, Kim hasn’t played live with the Pixies in a really long time. They had Paz Lenchantin from A Perfect Circle and Zwan playing with them when we were on tour with them. She did great. I can imagine it would be a really hard job to fill the shoes of someone like Kim Deal or just any original member of a band so props to her for doing such a great job.

If you could communicate one message to your fans what would it be?

“Be good” like what ET tells Eliot before he goes back on his space ship.