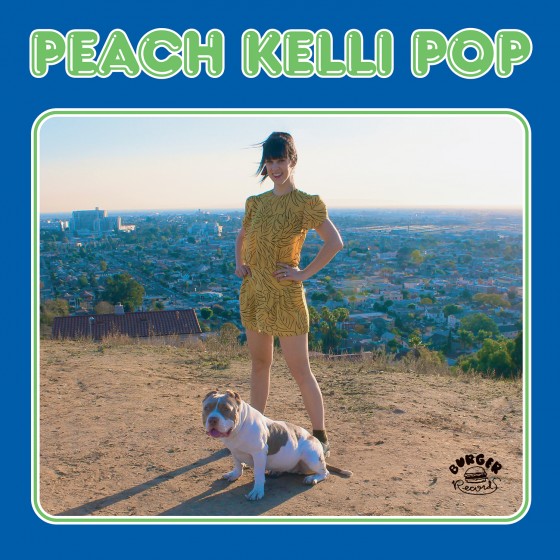 Here’s a musical misgiving I’m guilty of. If something I’m listening to is too simple, if I don’t feel like it’s doing enough, it tends to turn me off. I’m not saying it needs to be all bells and whistles, but I like to be intrigued, if not in the music, than at least in the choices. Sometimes though, a band, or a piece of music will catch me off guard. Not because it’s doing something way outside the box, but in fact, for the opposite reason. Some bands know their sound, and they stick to it, for better or for worse. Luckily, in the case of Cali formed garage group, Peach Kelli Pop, it’s for the better.

The whole project has a girl-power glow to it. Just the idea of a girl liking video games and anime is shocking enough to some people, let alone tracks like “Shampoo” and “Big Man,” which deal with issues of discrimination, and the over sexualization and commodification of the female body. All of these qualities – the feminisms, the nerdy candy coating, the raucous sounds – fuse together to create a sound I can’t put down. It’s sexy, powerful, and fun.

You know when you get an urge to listen to a particular artist or song, and that’s the only thing you can think of until you hear it? Peach Kelli Pop is what will come to mind for me when I need something loud, playful, and familiar. No, their not a project that generates much change or development. True, its a singular sound, but many of the best bands didn’t/don’t change very much. If I could choose a new name for this album, I think I’d go with Peach Kelli Pop III: How I Learned to Stop Worrying, and Rock the F*ck Out. Head over to Peach Kelli Pop’s Bandcamp page to check out releases not featured on iTunes and Spotify.