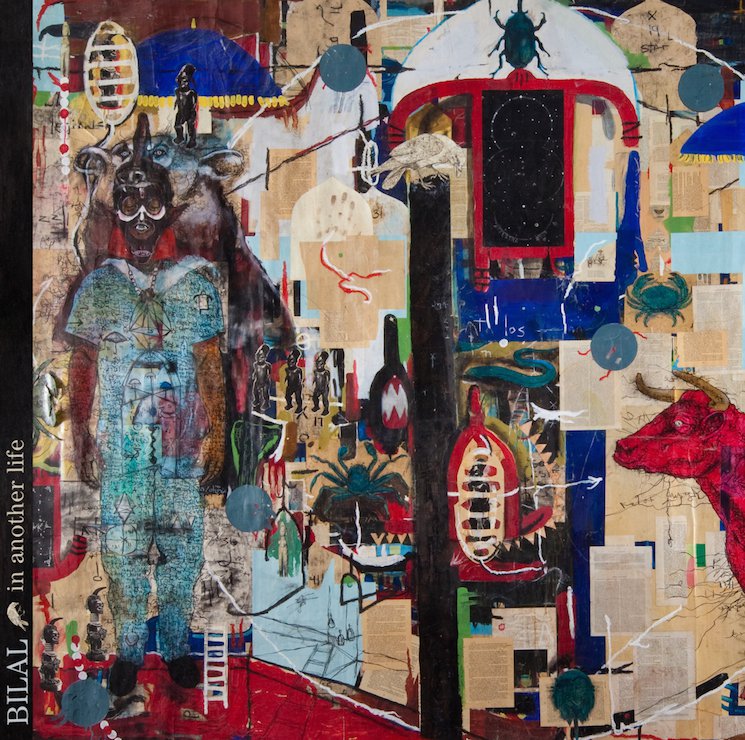 Genre is a tricky thing for me. I understand that there are certain stylistic traits, when arranged together create a particular sound, and when that sound catches on, other people create their takes on it. As helpful as this can be for spreading sounds (new and old alike) it becomes problematic when people focus too much on genre lines. This is the case with modern pop music, and some people might make the same argument for modern country. The opposite can be said for modern hip hop. With artists like Kendrick Lamar, Chance The Rapper, and even, to a lesser extent, Tyler the Creator pushing hip hop into new and interesting places, the genre has never been more fluid.

While we shouldn’t identify his music as hip hop, the music of Bilal Sayeed Oliver (known more commonly as the mononymous “Bilal”) has been a prime example of the same kind of genre bending. His debut record, 1st Born Second, which features production from the likes of Dr. Dre and the late J Dilla, pulls ingredients from rock, hip hop, soul, jazz, and a number of other sounds to make for an eclectic, and utterly undefinable piece of work. Though critics have tried to pin him to the “neo-soul” category, the artist has been very vocal about his disagreement with the identification.

This week, the outspoken genre breaker has released his 4th studio album (5th if you include the unreleased Love For Sale, but that’s a story for another time). The new record, In Another Life, true to form, dances effortlessly from influence to influence, all while holding tight to a thorough sense of cohesion. Despite the artist’s protest, if I had to choose a genre to place the record in, it would probably be “neo-soul,” a classification shared by artists like Lauryn Hill, Erykah Badu, and D’Angelo.

With In Another Life, Bilal releases a collection of tunes ripe for the season. The record kicks off  with “Sirens II,” which paints the picture of the slow and unwitting seduction of our main character. With a bossy beat, and a bass line some of you might recognize from Jay-z’s “Picasso Baby,” it’s the perfect setting for the sensual jaunt that is to come. “Open Up The Door” posses a mightily bustling groove, with just enough chill to take the sweat off. For me, the track reminiscent of “Till It’s Over (Tutu)” from D’Angelo’s recent and already seminal Black Messiah, a common influence throughout. While the hustle is appreciated, tracks like “I Really Don’t Care” are surprising as they are beautiful. The unaffected vocal and clean jazz instrumentation brings notes of Michael Jackson with a hint of Broadway, making it feel like the most genuine song in the lot. That’s not to say the slower songs are best. I would be remiss to mention “Money Over Love,” which features a positively roiling feature from Kendrick Lamar. The machine gun flow mixed with the clammering beat make the verse (although a little short for my taste) feel like a snowball surging downhill, or a drum roll reaching its apex.

In the past few years, Bilal has been picking up speed on studio releases. In Another Life marks his first full album in two years, before that, three, and before that almost a decade. While I couldn’t make a guess as to why, when it comes to good musicians releasing good music, I’ve learned not to question a good thing. After a show in Atlanta on the 18th, Bilal will be heading overseas to complete his tour, ending in September of this year.