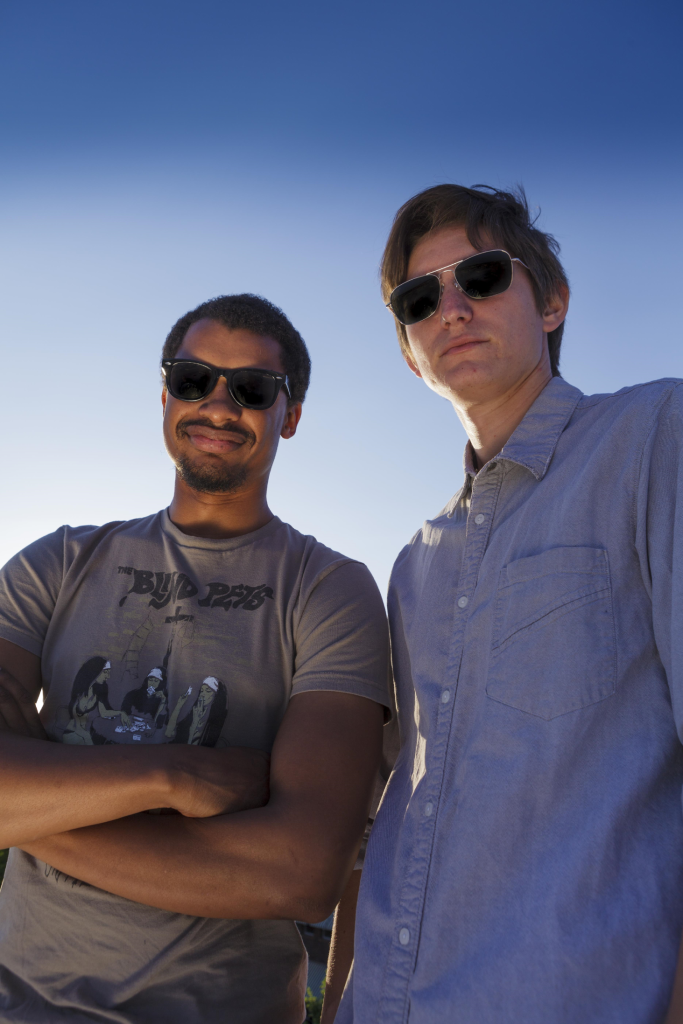 After speaking to Nate Valdez of In the Whale on the phone I was struck by how far the band has traveled. Not just physical distance but the emotional and psychological ground covered for a band actively stepping out of the comfort zones of home and into the seeming chaos of touring. There was a continence and a self-assuredness to our conversation, the product of making huge sacrifices to do what he loves for several years. “I can I see the end goal. Our goal is to make a living off of this, and it is more in sight now than it’s ever been before. We’re getting paid for it, we’re moving positive directions. We’re seeing growth as a band nationally, press wise, and crowd wise. It’s like ‘oh wow this can actually be something.’ All the hard work and the sacrificing is starting to pay off so to speak,” says Valdez.

Beginning as an acoustic two-piece in 2010, In the Whale is now a powerhouse of rock and roll with electrifying live performances and a contagious energy fine-tuned over five years of gigging and recording.

It wasn’t always this way though. In the Whale got their start after Valdez recorded an acoustic EP titled Songs About You and drummer Eric Riley’s previous project dissolved. In the early days at AF Ray’s (Greeley’s only rock venue at the time) I personally witnessed them clear the room night after night as they searched for what would become their signature sound. It was at times unlistenable but there was something to it that kept their friends coming back even when we didn’t really want to. In hindsight it was the combination of Valdez and Riley that drew people. We were familiar with their other projects and the sheer talent between them was undeniable and it was really only a matter of time before they locked into something good.

That time arrived a few years ago but now they’ve reached a new level as the band just finished two years of extensive touring including a run through Canada, landed a spot playing Lollapalooza this summer, and recording and releasing their latest EP Full Nelson.

Full Nelson, which we reviewed in April, is a rollercoaster of rock, punkish but not post-punk (almost the opposite actually), and uncompromising. Its hard rock without becoming butt rock, the scary thin line that lies between punk and metal.

They recorded at Silo Sound Studios in Denver where they were given the space and time they needed to knock out the record. “We had the studio to ourselves and we did it in four days I think, the whole thing. Just nailed it out and worked it out and that was that. It was great.”

The big thing that has set them apart from so many other Colorado bands though, is the touring. To be a band in Colorado you know eventually you’ll hit a glass ceiling where you’ve run out of places to play and the options are either move to a more populated state, or go on tour, which can be a huge investment.

“I can see why so many bands don’t want to tour, or don’t ever really leave their home town because it is a scary thing. It’s a humbling experience to drive for three hours only to find out no one gives a shit about you,” says Valdez. “For us, we knew when we first started we had good structure. We had a manager who said ‘look guys here’s the situation it’s going to get rough.’ I mean we still have terrible shows. We know big bands who still have terrible shows that’s always going to be a thing.”

For In the Whale it’s about knowing the pros and cons of the job. “Sometimes the days are long, for example we drove from Portland to Salt Lake City and that is a twelve hour drive I think? We played the day before so it was like no day off just drive. That wears on people on the moral. It’s like a never-ending groundhog day on tour. It’s just a different city, different climate, different faces,” Valdez says with a laugh.

The pros? For them, Valdez states that there’s nothing more reassuring than seeing the same faces come out each time they come back through a town and finding things have grown for them since their last visit. Building these connections has sustained them on their tours, as often they never really know where they will sleep each night on the road. With the friends they have made, they’ve been able to build a network of crash pads and showers to avoid sleeping in the van or paying for a hotel. “We have it down to a science at this point.”

With a few months before setting out on their next tour, right now the band is focusing on their next few big shows. Along with playing Lollapalooza, the day before they are playing an official party with Gogol Bordello, then later this summer they will be opening for The Offspring in Aspen. This month they are headlining both the Moxi Theater in Greeley then the Aggie Theater in Ft. Collins a notoriously difficult scene to break into. When asked how they finally were able to do it Valdez simply stated, “It just took five years. Now it’s one of our favorite towns to play.”