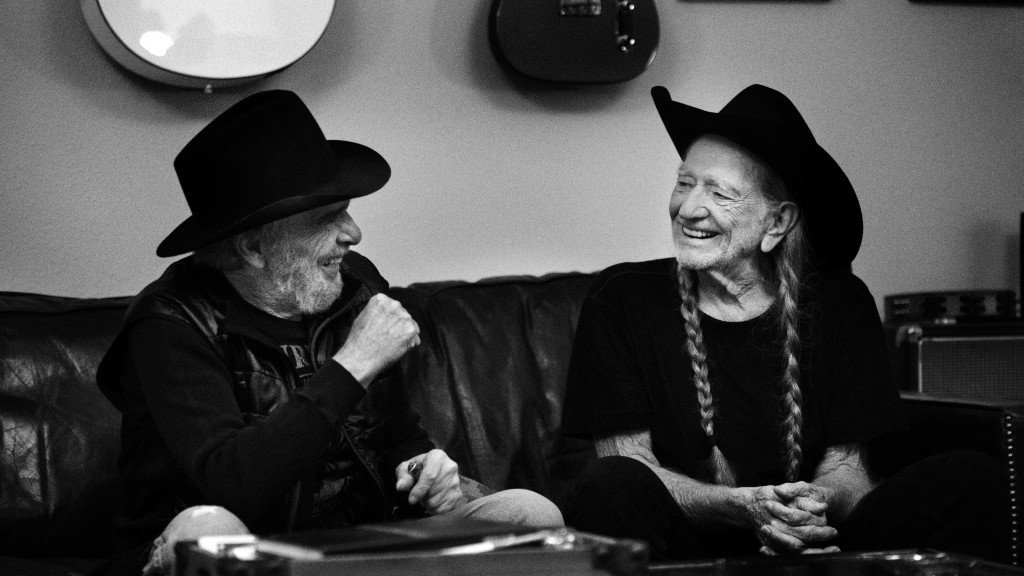 Though we’d all like to believe that each inspired sound that comes from our favorite artists are completely original, the fact is that even our heroes have influences. Bob Dylan had Woodie Guthrie, Jack White had Son House. Even Chuck Berry (who’s credited with creating rock n’ roll music) was influenced by the blues and jazz musicians of his time. Chuck Berry influenced The Beatles, and I don’t have to tell you how many people have been influenced by The Beatles.

For Merle Haggard and Willie Nelson, those people are Django Reinhardt and Jimmie Rodgers, or as the new album puts it, Django and Jimmie. This marks the second collaborative album from the pair, though both discographies are speckled with features from the other. Django and Jimmie is a love letter put to song, heralding the musical (and not always country) titans that have come before them, and the praise is genuine. While we’ve had stylistic love letters, homages of style and influences, I’ve never listened to a literal love letter. As the artists themselves put it, “There might not have been a Merle or a Willie, if not for Django and Jimmie.”

The record possesses all the charm and ease of two old friends catching up, which isn’t that far off from the truth. While the planning for the album (by which I mean a handful of phone conversations) spanned a few months, the recording process took no more than “three or four days max,” by Haggard’s reckoning. While that might seem short, the music is no worse for wear. There isn’t anything grizzly or tough about this record. It’s an album about what they love. The lead single “It’s All Going to Pot,” isn’t a track lamenting to trials of the modern day, but a tongue-and-cheek anthem to Nelson’s favorite girl, Mary Jane.

The duo also try their hand at country classic and Merle Haggard hit “Swinging Doors.” Saccharine and sauntering, the tune feels familiar, even to a first timer to these tunes. One cover that I had heard before was “Don’t Think Twice, It’s Alright,” which might be my favorite Bob Dylan song ever. Rather than attempt to capture the muted torture in Dylan’s rendition, the pair use shimmering strings and a twitterpated rhythm to turn the focus into relief rather than heartache.

What really comes through in these songs in the friendship between these two artists. After years and years of playing with each other, the music that they share feels less like a studio production, and more like a jam session between two old buds. Country fan or not, it’s hard not to enjoy to masters of their craft singing about what they love the most about it. Django & Jimmie is genuine in its adoration, making it all the more easy to enjoy.