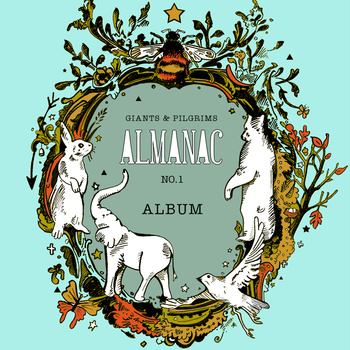 Tim Coons represents a new generation of musicians who are coming into a world of over saturation and perpetually chased website clicks. For Coons (35), he’s seen it from the beginning. Consistently recording albums since his time as a music student at the University of Northern Colorado, Coons watched on the outside as the Internet and the music industry decentralized the local musician’s support structure.

From the life he made for himself and his family in Greeley, Colorado he learned all the good and all the bad that came out of the changing times. The bad? It became harder for bands to cut through the noise of the Internet and reach their audiences. The good? Singer songwriters like Tim Coons no longer had to make a drastic move to a bigger city when their local communities already offered the resources necessary to record a solid album. But where is the give? Where is the balance between the two? Can’t a musician reach new audiences without becoming just another album shared by a mutual friend as it sinks lower on your Facebook feed?

The answer for Coons and his wife, Betony? Creative and memorable acts of kindness.

“I’m thematically crazy,” Coons says with a laugh looking back on his previous projects. Each of his albums dealt with a different aspect of spirituality and life, going back to when he feels he found his songwriting voice with his album 7 Deadly Sins and the Beatitudes.

This time around, under the name Giants and Pilgrims, Coons worked closely with his wife Betony (an accomplished visual artist) to develop an all-encompassing project that deals with the theme of proven love. The love that comes after the fairytale stuff when suddenly the honeymoon is over and the real work begins. “At the time, the music we were writing and the paintings Betony were doing all had to do with what is life? What is the good life and what is the best life? It was coinciding with these activities we were wanting to do, and we were coming home on a long drive when it clicked, it’s an almanac.”

The finished product, after an extensive and successful kickstarter campaign is a twelve song, twelve painting project followed by a monthly subscription-based publication that features poetry, recipes, essays, song chords and all around life lessons.

Like how a farmer’s almanac would be used as a guide for dealing with the changing seasons, Almanac would be used as a way to deal with the harshness that life can throw at you. For Tim and Betony they want to answer the questions, “How do you deal with forgiveness? How do you deal with regret? What do you do when life gets super hard and busy? What does hope look like there?” says Tim. 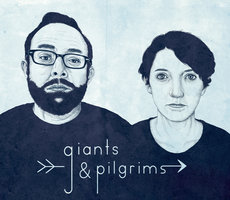 In terms of musicality, Almanac No. 1 is the perfect example of a well-seasoned songwriter and arranger given complete access to a professional recording studio. Enlisting the help of several talented local musicians he has been working with for years, Coons crafted his best work to date. The songs are solid in form and lyrical content, never assuming too much and always telling the story Coons sets out to tell. He is confident in his arrangements and production, he takes risks, and although they don’t necessarily take him out of his comfort level, they do elevate him to a new one.

The album soars in terms of accessibility compared to his earlier work. “Paint Your Tigers Gold” is light and jovial, fully utilizing the Casio keyboard and local favorite Craig Basarich of The Burroughs on trumpet to create a playfulness that is ripe for a national audience.

“Ships Passing in the Night” is Coons in his true form, bringing together his strength in writing quieter songs coupled with a full bodied instrumentation that does not overwhelm his signature voice and his guitar.

The only downsides of the album are the moments when Coons steps too far out from center when experimenting with production and the listener somewhat loses the scope of the song. These moments are more often than not redeemed by strong hooks and catchy melodies that keep the pace of the album moving.

Almanac No. 1 is a powerful move forward for Tim and his wife in terms of creativity and understanding on how to reach people in a lasting and meaningful way. To see for yourself go to their website at www.giantsandpilgrims.com