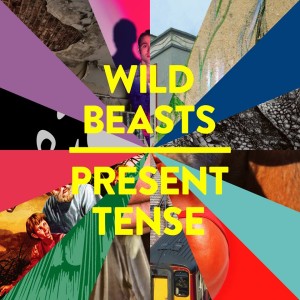 With the glut of electronic artists saturating the music market in recent years, it can be frustrating to find something that doesn’t sound like the rest of the crowd. Copy-paste beats, generic hooks, and unimaginative samples can make the electronic landscape boring at best and grating at worst. Artists such as CHVRCHES and Cut Copy have helped break that monotony. The newest release from UK-based Wild Beasts, Present Tense, is another; and it lies far enough on the right end of the spectrum to hang with the big boys of electronica—if they’re not part of that group already. Present Tense makes a strong case for assured membership.

“Wanderlust” is an awesome, brooding opener to the album. It maintains a powerful hook and an undercurrent of energy that just barely trembles below the surface for the duration of the song. It continues to build in the second half of the song before ending in a way that is both unexpected and satisfying. It’s the start to a thread of deliciously somber music, sickly and unsettling, as it slips into a dim room and occupies the negative space. 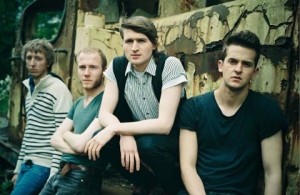 The musical style is different from what the group has done before. The band has always had a bit of an air of bombast, beginning with the fairly over-the-top debut Limbo, Panto which had soaring hooks and downright theatrical falsetto. They were then dialed back for the warm Two Dancers album and reinvented for the subsequent, phenomenal Smother. Present Tense ironically steps back in time to explore some of yesteryear’s influences for a release that would have felt at home three decades ago. It’s by no means a bad thing, however, songs like “Daughters” would feel right at home in some somber adult fantasy film.

That wonderful darkness pervades Present Tense. It’s anchored by the baritone vibrato of frontman Hayden Thorpe, striking a balance between the styles of the respective performers Woodkid and Beirut’s Zach Condon. Regardless, Thorpe remains one of the most distinctive vocal performers of recent memory and his work here, which alternates between that purring bass and unsettling falsetto, serves as the anchor for a style that is wholly unique. In “Pregnant Pause,” Thorpe returns to some of his stylings from 2009’s Two Dancers, though his mostly quieter performance here and on most other tracks (“A Dog’s Life,” “Mecca”) works perfectly for what Present Tense successfully attempts to do: crawl deep inside you and stay there. Closer “Palace” drips with decadence, blending a number of outstanding hooks for a nearly-unforgettable track.

2014 is shaping up to be another terrific year for music, as Wild Beasts have once again hit it out of the park. The powerful, numbing energy of Present Tense is the result of a prolific blend of epic vocalization and minimalist instrumentation. It’s the layering of those sounds that really drives home Present Tense’s great vibe, and it’s a vibe that strikes straight through the core.