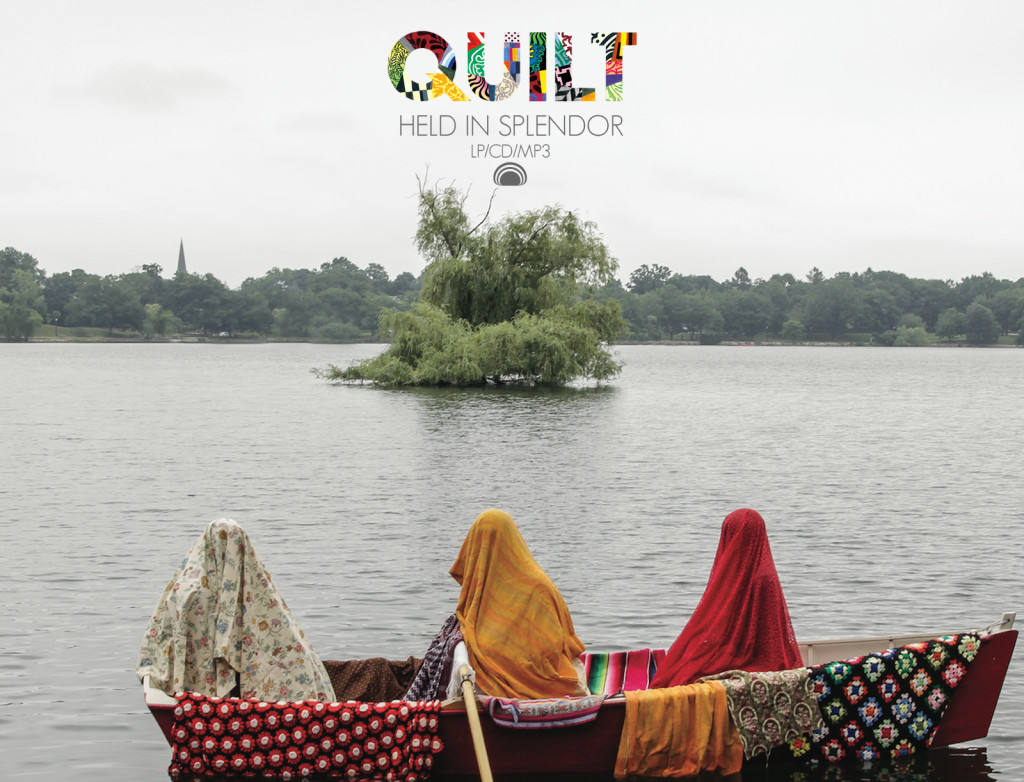 Who said it was not good living in the past? After Quilt’s first demonstration of their vintage musical savoir-faire in 2011, they kept up the good work with their new album Held In Splendor.  Following the same lines and using the good old recipe of psychedelic sixties rock, a decade from which the trio borrowed their haircuts and outfits.

Anna Fox Rochinski, John Andrews, and Shane Butler are on the same page. This album, the result of hours and hours of jam sessions in New York, is a pure product of their synchronicity. When Held in Splendor opens with Rochinski’s smooth voice crooning and whispering, one can’t help but recall the tranquility of the floating bark on the cover and think, how appropriately it matches. This second LP is not a bunch of boring and mind-blowing tracks; it is indeed incredibly diverse and as dense as a Brian Jonestown Massacre’s production.

As bark floats from the calm waters towards the chaos of the rapids, the calm electro folk, almost sitar-like riff of “Artic Shark” turns into the sustained tempo and the agressive organs of “Tired & Buttered”. Quilts proves musically mature in capturing this transition. A transition through their album classifying them worthy of Steppenwolf or the Grateful Dead. “Mary Mountain” and “Saturday Bride” are perfect examples of their gift for electric breaks and drawling bridges. The original Boston-based trio offers us a great moment of rock and roll as the vocal harmony of Rochinski and Butler magnificently covers an always-growing instrumental arsenal that includes cello and violin. 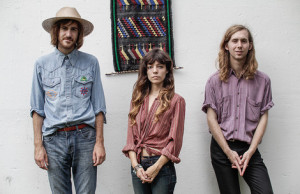 Quilt’s universe is a totally assumed hippie trip. The trio is really into meditation practice and the drummer John Andrews went as far as to join a group of monks for a couple of days.

It is assured that Quilt is a precious piece in Mexican Summer’s collection. The label based out of Brooklyn has been remarkable and stands out by signing psychedelic rock geniuses like the crazy creative Conan Mockasin.

This second record is so chiseled that it is almost disappointing not to find a track that could propel the trio from Boston to the international spotlight. The album reinforces a new wave of American psychedelic rock, but without any real innovation. We expect the successor of Held In Splendor to be more than just a quality contribution to the indie music scene, Quilt has the capacity.

Held in Splendor is best discovered stretched out on your hand-woven Indie rugs, bathing in the sunshine from a bay window while sounds breathes through the speakers. Or while imagining you’re in a Buddhist Pagoda with John Andrews.