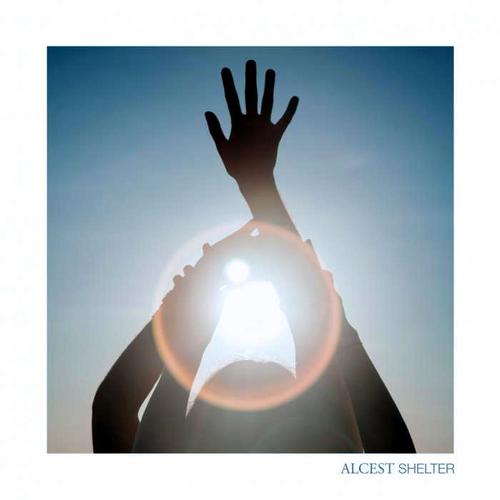 Shoegaze is an odd musical genre, with the difference between transcendent power and boring repetition resting squarely on effective execution. A secondary challenge for bands in the genre is redefinition, as the label refers to the performers literally looking down at their feet as they perform—not really the most exciting of images. Sigur Ros has thrown everything but the kitchen sink into carving their own niche, right down to using a violin bow on a guitar, while My Bloody Valentine opts for a more raw, upbeat sound. Some of these groups change the game to the point where even calling them “shoegaze” is considered inaccurate, but each is strikingly unique. French band Alcest has been looking for that killer twist since their inception, and they may have found it with a considerably lighter and softer release, Shelter, that still maintains the power of the band’s core sound.

Shelter explodes with awesome energy with the one-two punch that is “Wings” coupled with “Opale,” the former creating the prologue that leads seamlessly into the latter. This excellent introduction has enough momentum to carry itself through the slightly weaker “La nuit marche avec moi” and into the much better “Voix Sereines,” a track that practically dissolves into itself with a fantastic combination of pent-up energy and a beautiful hook to anchor it. It all culminates in the wonderful 10-minute “Delivrance,” which is epic on a level of soaring old-school M83 by way of physical instruments, proving that having longtime Sigur Ros producer, Birgir Jon Birgisson on board is a slam dunk choice for the band.

It’s interesting to observe Alcest’s career trajectory, as the French band began as a three-piece metal group back in 2000 before quickly transitioning into a more My Bloody Valentine-style outfit. Each album up to now has had its elements of heaviness with plenty of guitar distortion, though most of that has now been shed in favor of a much cleaner and more elegant, complex sound.

The style isn’t for everyone, as some songs delve into that drawn out territory that feels more like the interlude or intro to a larger song rather than its own piece. “L’eveil des Muses” may be the most egregious example of this, as the almost seven minute song continues to drag on with the exact same guitar riff as lead singer Neige croons, up until more than halfway through the song when things finally mix up a bit. Things, thankfully, get more elaborate again with the following title track “Shelter.”

Shelter is a clean, epic fusion of progressive rock and shoegaze, with most of the songs delivering a fairly satisfying sound and excitingly complex arrangements. It’s not quite as good as genre brothers Mogwai or even Explosions in the Sky, but for a class of music as powerful as this, having plenty to choose from is a plus. Alcest’s latest handily tops all of their previous work, and a great turning point to map out a bright future.