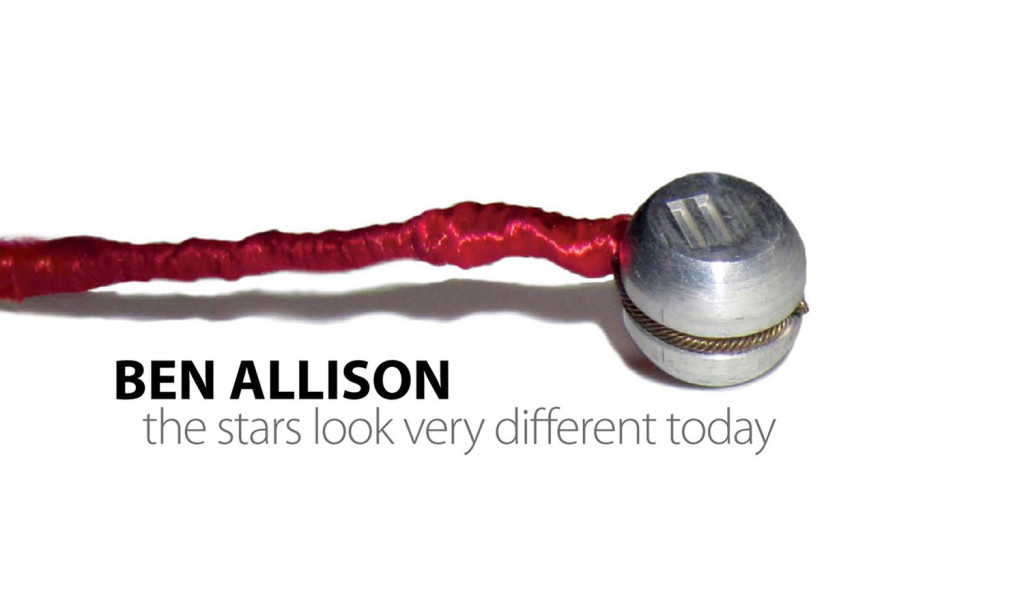 The title of Ben Allison’s new album, The Stars Look Very Different Today, might ring a bell with most music fans. Its title is a reference to David Bowie’s song “Space Odyssey,” itself a reference to Stanley Kubrick’s 2001: A Space Odyssey. Although his sideman history shows that Allison has his roots firmly placed in the jazz tradition, the title of his latest release acts as a sort of foreshadowing for sounds to come.

The Stars Look Very Different Today finds Allison exploring a new combination of delightful, carefully deconstructed, sonic territory with a quartet of compatriots. The album is rife with sci-fi allusions both in title (“Dr. Zaius” and “Neutron Star”) and in content. The album opens with “D.A.V.E (Digital Awareness Vector Emulator),” and what immediately becomes apparent is that this is not another jazz recording with musical sensibilities rooted in 1950’s swing, or 1960’s modal jazz. Instead, with a decidedly rock feel and multiple guitars, the group locks into their respective roles that features Allison on acoustic bass and drummer Allison Miller, holding a tight groove while guitarist, Steve Cardenas, supplies melodies and bell-like accompaniment. While the album leaves space for Allison, Cardenas, and Miller to improvise, it is often guitarist Brandon Seabrook, who also doubles on banjo, that pushes the group’s collective sound to astronomical planes.

Often the unifying factor throughout The Stars Look Very Different Today is the group’s collective urge to seek the spaces where uncommon ground lies. While Cardenas and Seabrook lead the show, at least outwardly, the contrast of styles between both guitarists leads to an exciting listening experience. Cardenas, whose style calls to mind John Scofield’s mellower moments, tends to service the song, both in style and form, with bright, punctuated lines that seem to slither through the compositions. On the other hand, Seabrook brings his own set of rambunctious sounds, pops, and joyful noise, with a tradition that seems to stem from the playing of Wilco’s Nels Cline or Black Flag’s Greg Ginn. Together, it’s Allison’s eight original compositions filled with clever harmonic motions and pivots that allow Cardenas and Seabrook to find common ground over Allison and Miller’s rhythmic tapestry. “Neutron Star” begins with an impending sense of urgency and then quickly pivots into a sugary, pop bridge. Overall, the sound throughout the album tends to recall the ethereal twang of bands such as Explosions In The Sky or, perhaps, Arcade Fire’s more cinematic moments.

Ultimately, The Stars Look Very Different Today is a demonstration of Allison’s most personal work to date. Filled with his original compositions, released on his own recorded label, and his first album as both the producer and mixer, the personal nature of the material comes through the recording making this a compelling record for those interested in the atmospheric aspects of music.