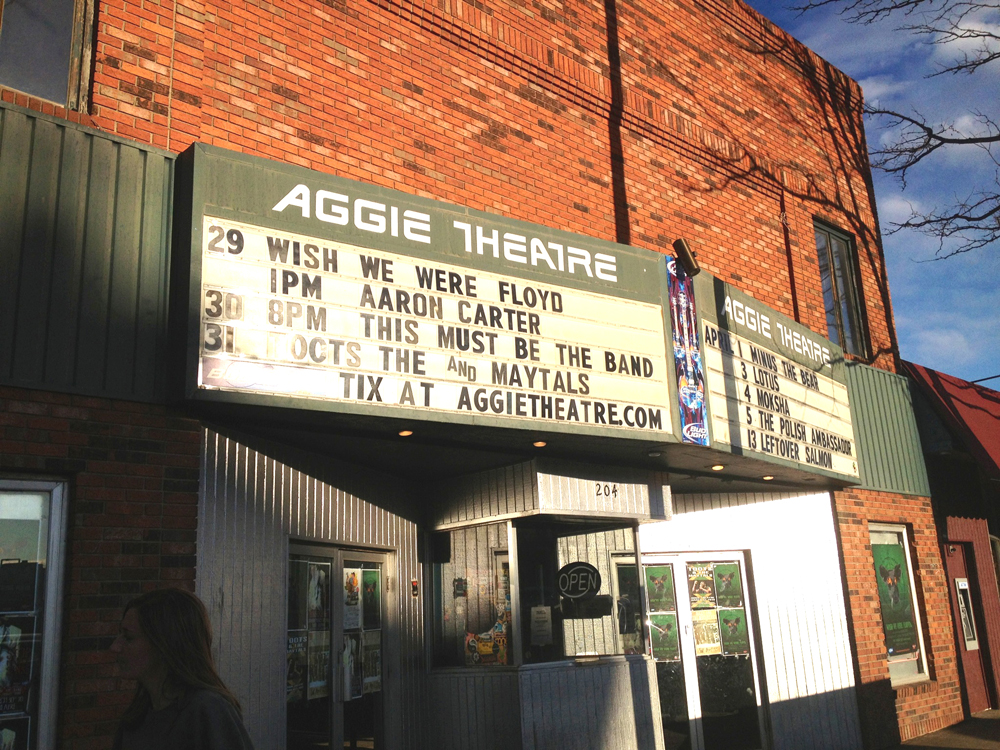 It’s a fact of any local music scene that sometimes teenagers drink before going to shows. They can’t buy booze at venues’ bars and sneaking alcohol in can be risky, so they get sloshed at home instead and head out to see their favorite bands perform.

This tradition has caused some problems for more than a few venues, and Fort Collins’ Aggie Theatre is the latest victim. Owner Scott “Scoo” Leary admitted to violating liquor laws on March 25th, agreeing to a temporary liquor license suspension that ended on the 30th of March. (Leary could not be reached for comment and Aggie general manager Kyle Stych refused to comment for this story.)

Fort Collins police said that public drunkenness around the Aggie was taking up an inordinate amount of their resources and that they often found intoxicated underagers both inside and outside the venue. Because of that, underage patrons of the theater will now be more scrutinized than ever. Those under 21 will be submitted to a breathalyzer test and pat-down before being let in.

“Any venue that allows people under the age of 21 has had issues with underage drinking at one time or another,” said Dan Mladenik, owner of Hodi’s Half Note. Mladenik noted that his venue has had similar issues, but that underage drinking is “not a huge problem at Hodi’s because our security staff is specifically trained to deal with minors and the situations that can arise from them.” Hodi’s checks minors for signs of intoxication before they even come in the door.

According to Fort Collins police, the Aggie has generated over fifty calls for medical help in the past two years, including twenty-four instances directly involving fights, underage drinking, and other liquor license violations. Police said these disturbances happen at the Aggie more often than any other business in Old Town.

Could the new regulations arising from these problems hurt business for the popular venue? Possibly. All-ages venues are one of few nightlife options for those under 21. Though it’s only a few who drink before or at shows and cause these problems, those who don’t could see a breathalyzer test and pat-down as an invasion of privacy.

“It may keep away a few trouble makers that don’t want to get ‘busted,’ which could be seen as a benefit,” Mladenik said of the Aggie’s new rules. “But it also may keep people away that feel their rights are being violated by a pat-down and a breathalyzer test. If they have nothing to hide, it shouldn’t be an issue. Either way, people will still find a way to sneak in small bottles of alcohol, even with pat-downs. Are you then gonna have to search purses? Is that invasion of privacy? That’s when I feel things start to get hairy.”

Even with the new rules, underage drinking will remain a problem. Kids who want to drink will find a way, and if they can’t do it before shows at the Aggie, they will do it before going to shows elsewhere. This is a problem that can’t be easily addressed, but it creates a strain on police resources that would be better spent on serious crimes—not to mention the problems it creates for venues, which can affect the music scene as a whole.