Yes, there is tree rape.

Anyone who claims to be a fan of the original cult horror films starring Bruce Campbell and directed by Sam Raimi might feel the undead chill of hesitation about watching a 22-years-later remake. But do not fret, the original duo have produced and have their hands/chainsaws deep in this new-school gore extravaganza.

While you can never expect to have any gore-driven horror flick to contain always-serious and well-acted reactions to completely unreasonable violence and mayhem (especially when it comes to the Evil Dead trilogy,) this film is a lot more “serious” than its goofy predecessors. Which is a bit saddening for those who truly appreciate the finer nuances of Campbell’s over-the-top responses to his closest friends being mauled into exaggeratedly bloody pieces. 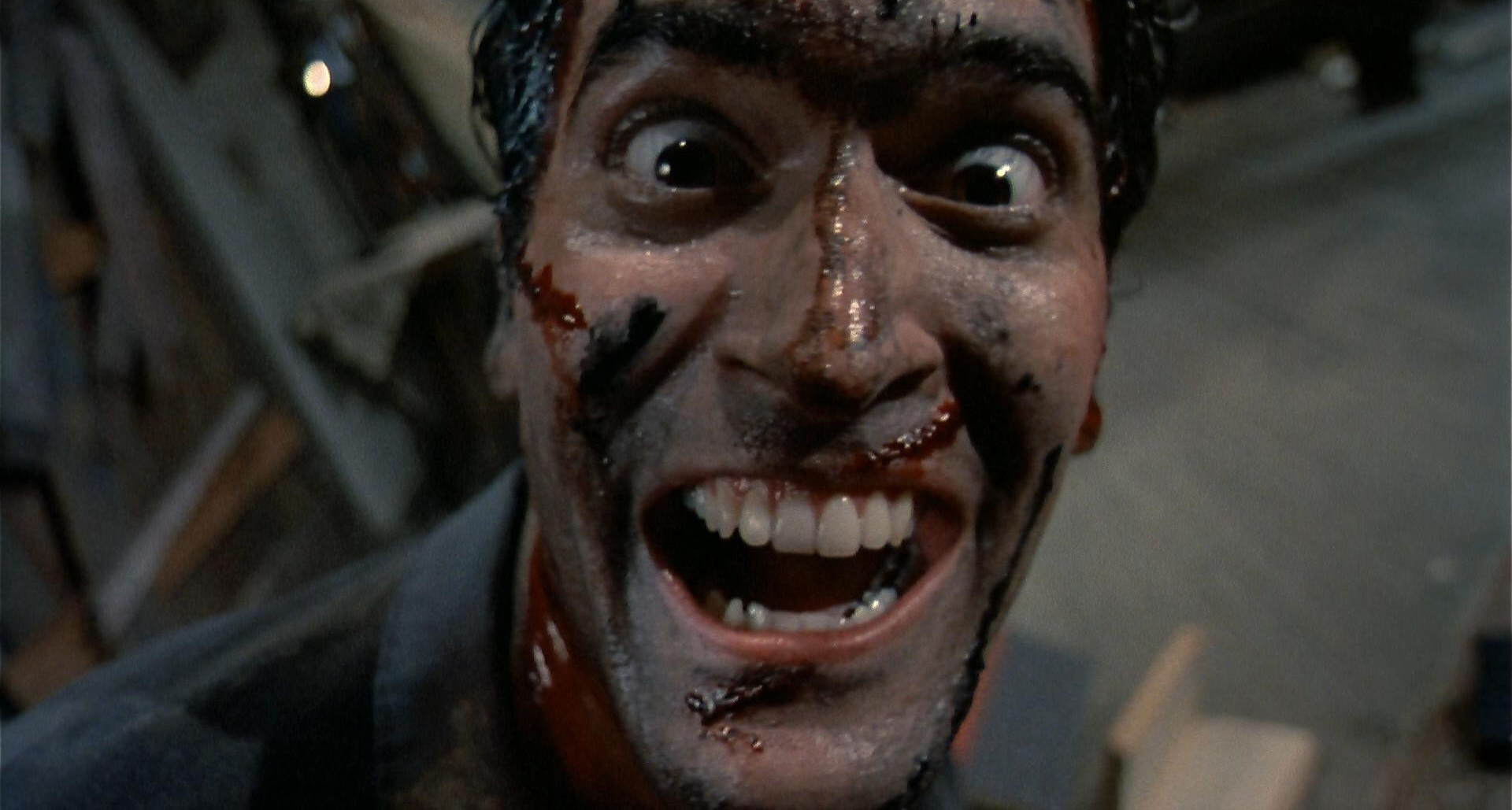 The lead actors, Shiloh Fernandez and Jane Levy (who play a concerned, yet distant brother and a junky, yet sexually alluring sister,) give a memorable performance. Taking into consideration it is a gore-or film, of course, as most relationships in these types of films seem flaky and uninspired (like the other three expendable characters in the film.) You almost want the character played by Lou Pucci to survive, but then you mostly don’t.

The biggest disappointment in this remake is the fact that the force of destruction from Raimi’s original screenplay has taken on a set of “rules” or parameters (as defined in the new Book of the Dead, which is sadly sans human face) and a physical embodiment. Instead of being an off-putting POV camera-angle-entity rushing through a forest, clumsily dodging trees, and having an unpredictable and seemingly random effect on its victims, it takes on the zombified appearance of the highest paid actor in the scene.

But there is a lot of gore. It takes a lot for this guy to squirm at violence and mutilation, but my hands were pathetically “massaging” my face, protecting me like a little girl believes her stuffed unicorn protects her from a hurricane, during a scene involving a syringe and a corner of a sink. Their movie effects (and budget) have improved massively since 1981. Good for them?