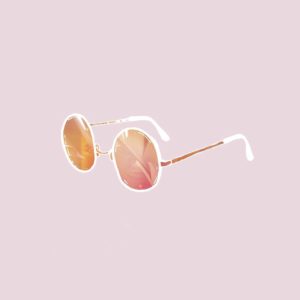 First and foremost, while the band is breaking up after the release of this album, it is not the end. When a band separates there is usually a negative connotation that is associated with it. Immediately people often conjure up images of blow out fights between members or self destructive drug habits catching up with them, but for Left Hand Shakes, this is not case.

“There’s definitely no bad blood or anything between the band members; we all still live together and hang out. This group was mostly my brainchild, and I’ve moved into a different space creatively, as have the rest of the guys,” says vocalist Josh Kern.

That being said the final product for this band is a solid endeavor. Recorded in the band’s basement, this album rings with a Two Door Cinema Club quality of pop. Light-hearted, fun, and easy on the edges, it’s a contender with some of the Home Town for the Holidays bands. Tracks like “You Don’t Move Me” and “Are You Nervous” show an ear for pop music so many musicians struggle to find.

Sit Still breathes surprisingly well as an album too. Backing vocals are on point, guitar and keys tracks are exactly where they need to be and layered nicely to leave room Kern’s vocals.

In the end, no matter how great this album is, there is still the lingering thought that this is the end for this project right as it’s being released. But for Kern, it’s less about being attached, as it is to continue moving forward creatively.

“Despite being incredibly proud of this new record, we just didn’t see a future for this band. We all plan to continue playing with our other projects (Evinair, Wolf Poets, to name a couple) and I’m working on a new project right now,” says Kern.