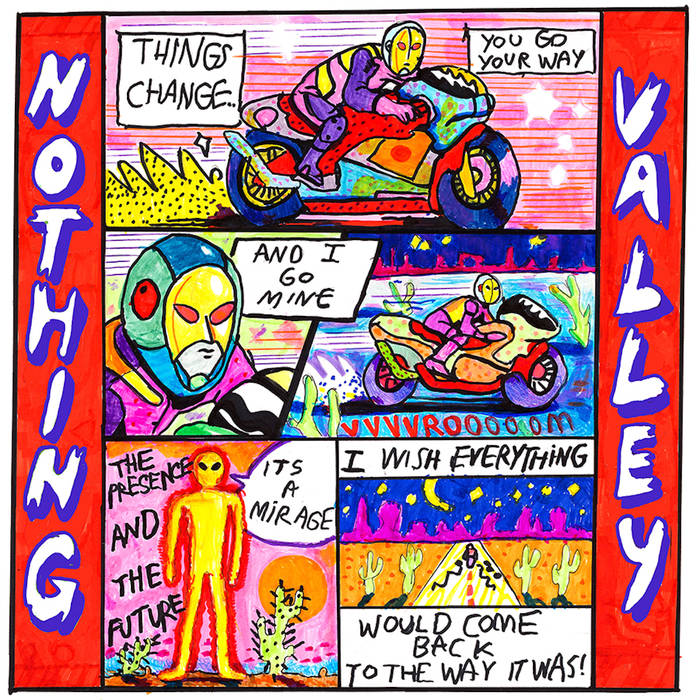 Melkbelly’s debut, full-length album Nothing Valley may be one of the most refreshing albums of the year. Spanning a multitude of genres such as noise rock, punk, jazz, doom, and psychedelia.

Made up of Miranda Winters on vocals and guitar, her husband Bart Winters on guitar and his younger brother Liam Winters on bass, and James Wetzel on drums. The band came together under just the right circumstances with each member bringing something unique to the table. The best example of that would be the opening track “Off the Lot.” Miranda has a solo folk project called Reddelicious, but here her vocals match the intensity and grittiness of the driving guitars and bass. If you were to hear the drums isolated on this song, you’d almost think it was a grindcore track. Wetzel’s tightly tuned snare (which he uses sparingly throughout the album) cracks through like a whip and his drumming is spastic and melodic, thanks to his background studying jazz in college.

While the band delivers an intense wall of sound, they are also melodic and dynamic, bouncing between catchy consonant vocals and melodies and dissonant riffs, as made apparent on the song “Greedy Gull.” Following that, they slow things down with “Petrified,” a mid-down tempo, LSD-tinged doom inspired track that builds into a disorienting wall of noise. With all the different influences the band members pull from, there is never a dull moment as you never know what is going to happen next.

Melkbelly loves to push boundaries and won’t let themselves be defined by any one genre. Nothing Valley perfectly captures the band’s energy and chemistry on tape. It is unapologetically raw and exciting.