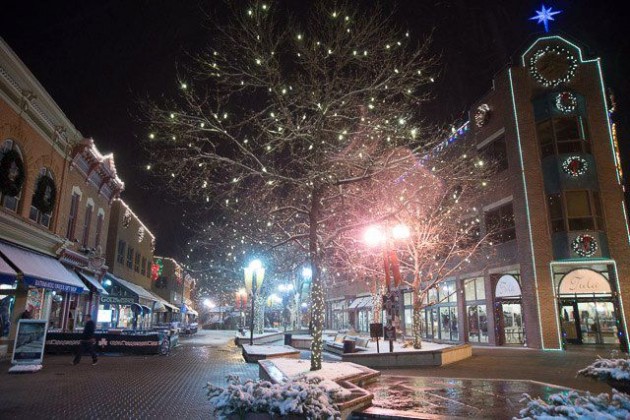 Although Fort Collins is often considered a creative hub of music and art, Hip Hop often gets underrepresented in the overall big picture. There are a few sporadic shows with artists like EPMD, Doomtree’s P.O.S. or Zion I, but for the most part, indie rock acts and folk music is more common in the Front Range-area. The Music District aims to change that with November’s week-long celebration of Hip Hop culture.

Kebrina Chirdon, who helped to spearhead The Music District’s Educational Programs, is the mastermind behind Hip Hop History Week.

“The programming team was in the middle of a visioning session for 2018,” Chirdon explains to BandWagon. “One of our event coordinators, Jess Reed, metioned having done a Hip Hop History month during her time at the Museum of Pop Culture in Seattle. I was immediately inspired to do Hip Hop History Week knowing that a month’s worth of programming would not be possible with only six weeks of lead time. Thus, the idea was born.”

From a listening party dissecting a collection of classic Hip Hop albums to a graffiti exploration workshop, the week is packed with a variety of events in honor of Hip Hop culture.

“I’m most looking forward to the graffiti exploration on Saturday (11/11, 1pm) and the Listening Session (11/15, 7pm),” she says. “Saturday, attendees will have the opportunity to learn more about the culture surrounding graffiti art then have hands on experience with creating their own tag.

“The Listening Session is a time for those who wat to delve deeper into the culture of Hip Hop music,” she continues. “Small groups will listen to three to five songs from two influential albums– of course there are many to choose from– choices, choices! After listening to the songs and reading the lyrics, the group will be guided through a discussion on the significance of Hip Hop music, culture and the larger society.”

For those unfamiliar with Hip Hop’s impact over the course of the last four decades, it has become the most popular music genre in the world since its 1973 inception.

“Hip Hop is not just music or clothing or an attitude– Hip Hop is a culture,” Chirdon explains. “[It’s] a culture that tends to be misunderstood, misrepresented and, too often, pushed to the borders of long-standing US cultures. The Music District seeks to shine a light upon the phenomenon that is hip hop in a city that doesn’t experience enough of it.”

From Thursday (11/9) to the following Thursday (11/16), The Music District will host a plethora of additional events, including a movie night with moderator Jamaal Curry for the 2012 Ice-T film ‘Something from Nothing: The Art of Rap’ and a meet and greet with former Fort Collins resident/rapper Qbala. Hip Hop Music will also fill the air for the entire month of November.

Chirdon adds, “the goal for Hip Hop History Week is to honor and engage two audiences equally. One audience being those who are curious or interested in Hip Hop music and those who are curious, interested in, already integrated into Hip Hop culture and who wat to further explore Hip Hop itself and how it relates to the society. There is something for everyone during this week.”

For the full schedule, visit www.themusicdistrict.org.