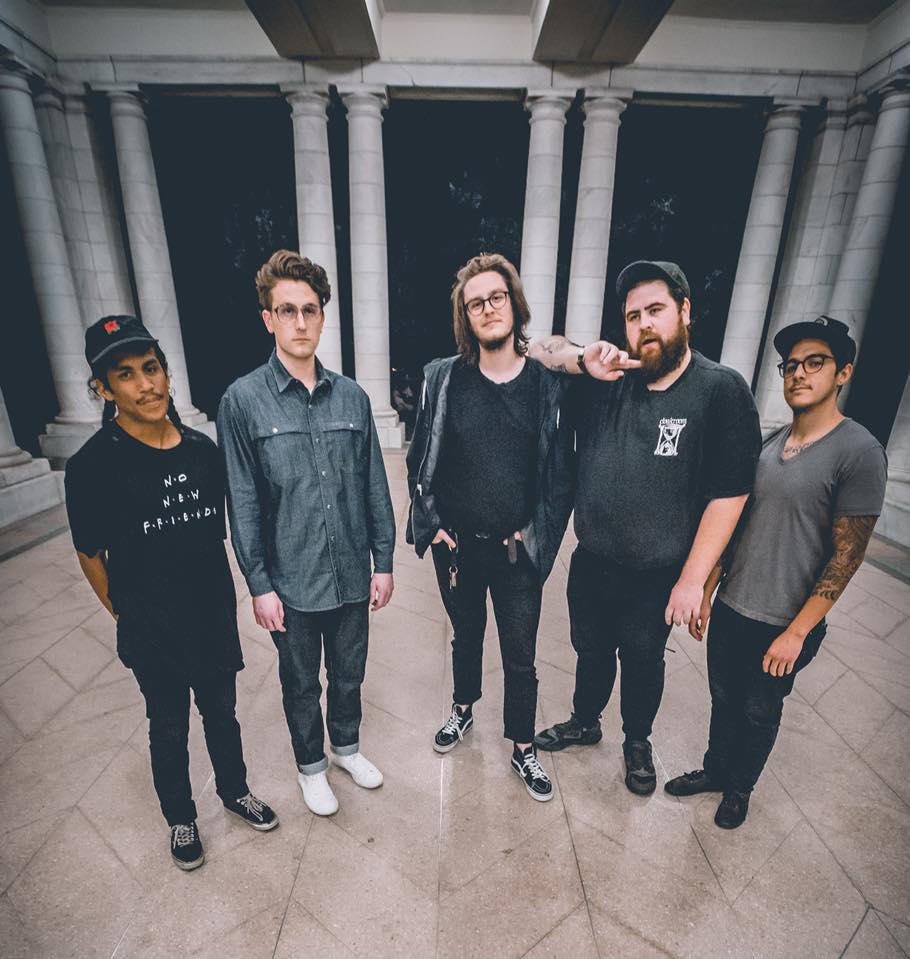 Its Just Bugs。 are one of the most outrageous bands to ever win the BandWagon Battle of the Bands. Entering as the underdogs, no one saw them coming as they swept the whole thing, winning the cover of this magazine and taking home the $1,000 prize. Essentially a hip-hop band, Its Just Bugs。 mixes elements of hardcore, electronic, and comedy into an honest and insanely original wrapped package. Made up of MCs Patrick Richardson and Alex Koutsoukos, Noel Billups on keys, Tyler Sanderson on drums, and Jack Jordan on bass, Its Just Bugs。 has found themselves resonating with audiences. We spoke with Richardson and Koutsoukos about winning the battle of the bands and the answers weren’t quite what we thought they would be.

Being in a new band can be exciting, awkward, and in your case experimental (regarding instrumentation, sound, etc.) Describe your creative process.

Patrick: Look, before I go into answering these questions, I want to warn you: Alex is a compulsive liar and I know that he’s answering these questions too. He’s going to say some bizarre stuff, and I promise none of it is true. Anyway, it has been extremely exciting, and a lot of that is because we are so open to experimentation. None of us have ever been in a band like this before, and none of us came into this band with a preconceived idea of how it should sound, and that’s given us so much freedom to tinker around with sounds and song ideas. We’re all open to taking our sound in 1000 different directions. And having a lot of fun doing it.

Alex: Usually we just rely on the drugs to get us going. Not me though. I’m sober. But I let the guys do their fair share of Mexican brown dust before we reel it in and let the magic flow. I’d say we’re more of a drug-fueled artist collective than a band.

P: I swear to God, if Alex told you we all do Mexican brown dust or whatever, I’m going to kick him out of the band. That’s not even a real drug.

Briefly describe how you met and decided to make a band.

A: So Patrick found me actually. I was living in Pueblo, CO at the time. Basically I’d go out every day and freestyle on street corners to scrape up a few bucks. Then I’d go get a bag of potato skins from the farmers market and that was how I was surviving. Patrick saw potential in me and asked if I wanted to become a big. I’m pretty sure it was the same story for the other guys. Noel was busy working at the Tilted Kilt as a busboy, Jack was a yard salesman, Tyler was still working on the Al Gore ‘04 campaign. Patrick really had the vision we needed.

P: Alex said all of that? Literally none of that is true. I’ve never even been to Pueblo. He thinks we need an origin story to make us sound cool. I can show you text messages where he said that. I can tell you the real story.

Tyler has been a good friend of mine for years, and we had always talked about starting a hip-hop project with live instruments. It was kind of just drunken talk for a long time, but one day I decided to hit up Noel to jam with us, because he’s an incredible musician and one of the coolest people I know. And then to round things out, I asked Alex. When I used to do hip-hop years ago with Giant Angry Bugs, Alex was like one of two rappers in the Colorado seen who was actually good.

The four of us got together to play, and it was really rad right off the bat. We started off playing a couple songs I had written on my computer a while back and those became our first three songs, including “Sad Sack” and “God Never Sleeps.” We all just clicked really well instantly. A few months later we added Jack, and things of been going well since.

Since winning Battle of the Bands, how have things changed? What did you do with the money? Did you expect to win?

P: We definitely did not expect to win. Our first two shows as a band were for the battle of the bands; we were just kind of using it or is it a jumping off point. Winning was the cherry on top. We used the money to record our EP that’s coming out this month (October 10). That’s about it. We’ve been lucky, things have been really easy, and that battle of the bands win was one of the best things that has happened to us as a band.

A: The battle was a tough time for us. Honestly we’re handling the fame differently. I was at a food truck and the guy gave me half off because I think he recognized me. Like, I don’t need special treatment man, I’m just a bug. The other guys invested their share of winnings in bitcoin and they’re living pretty large. I spent mine in CD stock because I tend to trust my gut when I’m investing. I should see my ROI in 5-10 years.

P: I don’t even know how bitcoin works.

Favorite activity to do outside of making music?

A: Lately I’ve been focusing on staying off the junk. I consider sobriety a full-time activity. I usually sit at home and just tell myself “one day at a time Alex. You got this. One goddamn day at a time.” That’s sort of my mantra. I know Patrick’s favorite hobby is trolling on 4chan. Jack likes to cut letters out of magazines and some random people death threats. Noel’s an Instagram model so he dedicates all his time to doing squats and trashing the bugaboos who slide up in his DM‘s. Tyler just fucks girls when he’s not at rehearsal or doing shows.

P: None of that’s true. Please don’t put any of that in this magazine. This interview was a mistake.