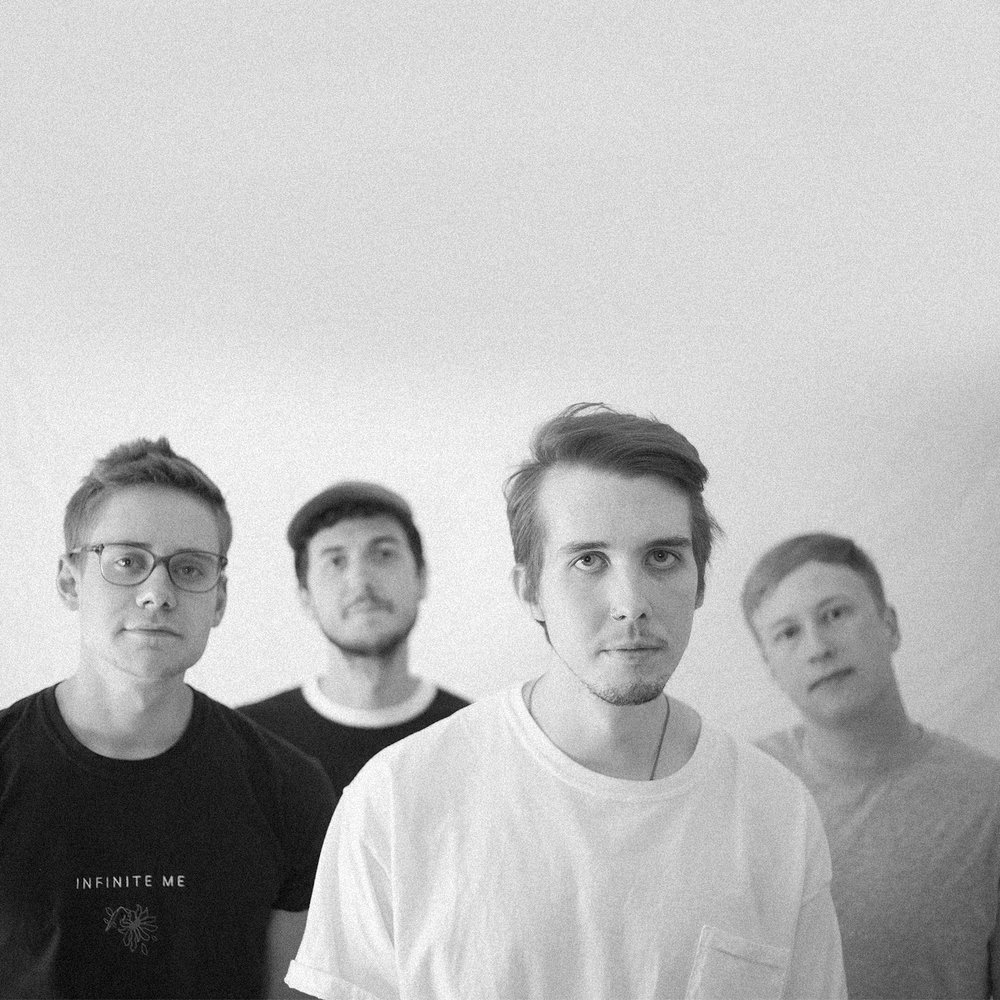 With the dreamy, shoegaze Fort Collins band’s newest record on the way, songwriter, frontman and engineer Corey Coffman reflects on conviction in inspiration, friendships, and the writing and engineering process behind new album Anymore.

It’s clear when talking to Corey Coffman that beyond his immensely kind, relaxed, video game-loving demeanor, he is a deeply focused, creative force to be reckoned with.

Since the inception of Gleemer, Coffman has meticulously curated a sonically and aesthetically coherent emotional identity that is uniquely his- leading to ever growing success within the alternative community. The follow up to the band’s 2015 LP Moving Away is due this November. The latest release- titled Anymore– is shaping up to be the most Gleemer-sounding record the band has produced yet.

Coffman‘s creative power resides in his ability to actualize internal meaning through music. He has a patience and conviction in his writing process that leads to an incredible vulnerability that doesn’t so much show in their music, but more sulks familiarly and earnestly. “If I’m creating something, it should be satisfying to me and only me for a really specific reason thought is indescribable except for what it is saying to me,” Coffman said. “I tried to be really isolated with it.”

Coffman recounts that when growing up he resigned himself to being “the guy who records things.” After receiving ProTools at 15 as a gift from his father, he went down the engineering route as he grew older, but never wrote much. “I didn’t write songs or anything like that because it was so scary,” Coffman said. “When I moved to New York I was away from everybody that I was afraid of- away from the musicians who were better than me, and I thought ‘you know, maybe I can do this. I’ve been listening to a lot of music.’ I don’t know how to sing, but I just tried.”

This willingness to just go for it in the face of fear has become one of the mainstays of Gleemer, and Coffman tries to relay that to as many people as possible. “I think anyone can do it and the whole band has just been me trying to figure out how to be a band and I still feel that way,” Coffman said. “I’ve just been finishing stuff and I think that’s where a lot of people get scared.”

The guy’s a pro, it’s very easy to tell. Before pursuing internships at various recording studios in New York, he attended the Conservatory of Recording Arts and Sciences in Arizona— an intensive eight-month program. “I went into this record was such a plan for everything,” Coffman sad. “We did eight different drum-tracking sessions, just to try different microphone techniques. I was like a freak about it.”

Even after already creating incredible-sounding records, Coffman clearly wants to keep pushing himself to do better, and is already thinking about what’s next for the band.

“This record was my effort to make something as technically perfect as I could. I definitely achieved better results,” Coffman said. “Charlie and I are writing some songs right now and I’m just thinking ‘how can I make it better?’ It’s like a game to me.”

Despite Gleemer being Coffman’s personal project, the history of the band is intrinsically tied to the history of his relationships. Jack Garland, the photographer who does Gleemers covers has been friends with Coffman since “before they could drive.” Nick and Joey are the newest members and, naturally, also old friends of Coffman. Charlie O’Neill, a longtime bandmate and classically trained multi-instrumentalist has been on every instrument at least once in the band’s history, and was crucial in the creation of Anymore according to Coffman.

The friendships formed around Gleemer are just as important to Coffman as the band itself, as you can hear him speaking with the same level of reverence and enthusiasm for both. “Everybody in our band is so nice,” Coffman said. “I’m really proud to be taking this crew around the country on tour.”

Anymore is out November 17 from Other People Records. Catch them at the Marquis Theatre December 10 with Hundredth, Spotlights, and Tennis System.