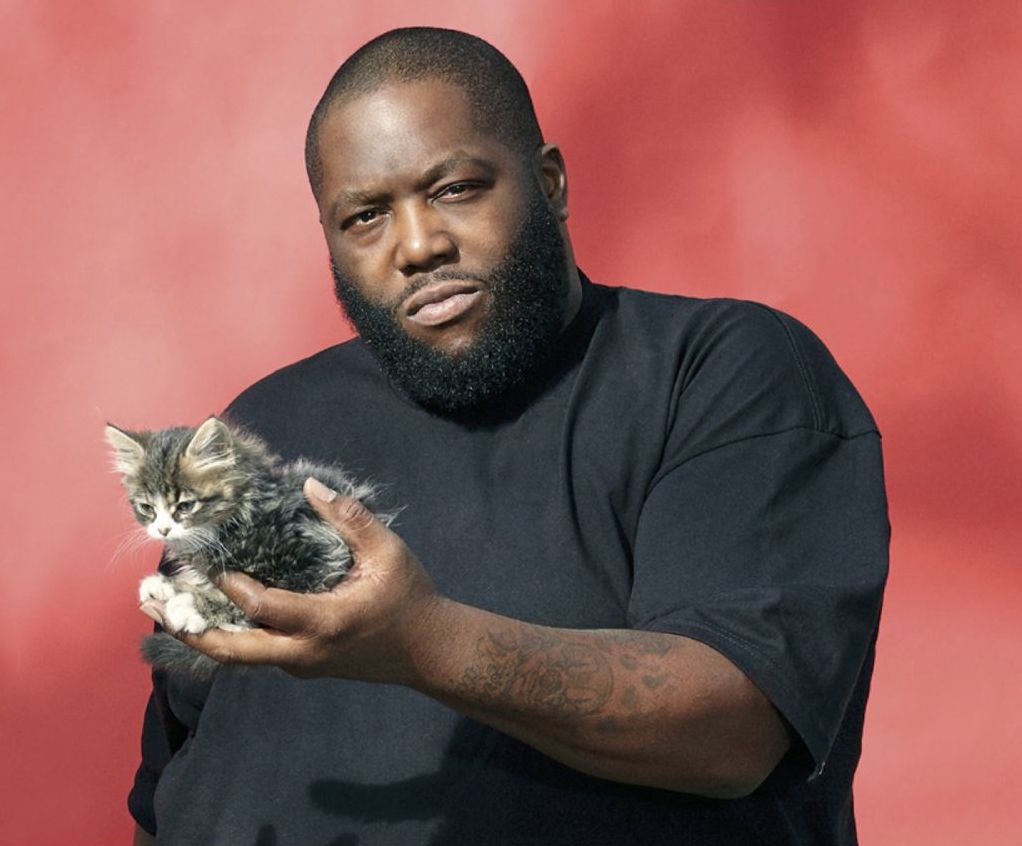 Mike Bigga may be more recognized by the name Killer Mike, but underneath the menacing moniker is a Southern-bred heart of gold. Bigga is a former Morehouse College student who values the lessons instilled in him by his grandmother, adores his children, loves his wife, but at the same time can murder a microphone with his politically charged and brutally honest lyrics.

Born in Adamsville, Georgia in 1975 to a teenage mother, Bigga quickly went to live with his grandparents, who were better equipped to take on the task of raising him. He was immersed in Southern traditions and exposed to blues, gospel and soul at a very young age.

“I grew up with my grandparents, so I grew up listening to B.B. King, Muddy Waters, Buddy Guy and a lot of gospel,” Bigga explains. “Then I discovered through my Mom lots of soul music like Curtis Mayfield and Teddy Pendergrass. That stuff just drove me crazy. Probably my last record that just drove me crazy it was Michael Jackson’s ‘Off The Wall.’”

As Bigga entered his adolescent years, his grandmother, whom he affectionately called Beatrice (she hated her real name, Betty), proved to be the central figure in his life.

“My grandmother’s whole thing was, ‘I have to raise a man,’ so my whole life has been one of roles and responsibilities,” he asserts. “I had fun and did all the dumb things kids do, but I understood my bigger role and responsibility. I’ve always been working towards the goal of becoming a man.”

That time came earlier for Bigga than most. At 13, he made the premature decision that he was “grown” and was soon sent to live with his mother. She was, as he puts it, a “pretty successful fucking hustler” and was teaching him how to cook cocaine by the time he was 16. He had to grow up at lightning speed. He will be the first to admit he was no saint and credits hip-hop for adding a direction to his life.

“When I discovered this thing called hip-hop and heard rapping, it felt like this is why I’m supposed to be around and what I’m supposed to be doing,” he says. “I just fell in love with it. It just got reinforced by a lot of artists. My older uncles and cousins would be playing N.W.A. and Ice-T around me and of course, being from Atlanta, Outkast and Goodie Mob. I’ve always been a gangsta rap fan so Geto Boys, Dayton Family, Spice 1, Compton’s Most Wanted; shit like that drove me crazy. They were the best storytellers ever.”

The stories rappers such as Chuck D, Ice Cube and Dr. Dre were telling captivated Bigga with their depiction of urban street life in the ‘80s. Contrary to the watered-down, popular music at the time. To Bigga, rap music told the truth.

“I saw that the world in the mid to late ‘80s was changing a lot. Crack had hit the community and it hit like a time bomb. Everybody else was acting like it wasn’t happening,” he says. “Other forms of music were just like ‘everything’s good, everything’s always good. We’re good!’ [laughs]. Rap was the only music I had encountered that was ‘everything’s fucked up.’ Not in the way of I’m hopeless just like ‘I’m happy but everything is fucked up.’ And I liked that. It was rebellious, it was young, it was harsh and it was brash.”

Although things like poverty, violence, drugs and oppression encircled Bigga, he remained optimistic. Hip-hop provided the outlet he craved. As fate would have it, Bigga eventually crossed paths with Outkast member and fellow Southerner, Big Boi. At the time, Bigga was already producing his own music with his crew, Dahminoz.

“I will never forget it. We were all fucking around in Teeth Malloy’s [of The Beat Bullies] basement one night and he was over there. And he’s Big Boi at this point, right? He’s fuckin’ getting his hair braided and shit, he had jewelry on and poppin’ ask gear. We were all fucking around making up songs for whatever reason, rapping, and he said ‘man, I like you. When I get a label, I’m going to sign you.’ I took it with a grain of salt,” he recalls. “Years later, he really gave me a record deal. He changed my life. I was still in the streets doing all the dumb shit that was counterproductive and with my first song, he showed me I could do it. I just really appreciate it. In this game, you can give somebody an opportunity and they can shit on you. They can be like ‘well, fuck it, I’m going to get more money somewhere else,’ but they stayed loyal to me and I stayed loyal to them.”

As Bigga’s career unfolded, his relentless work ethic began to pay off. He made his big label debut on Outkast’s 2000 LP Stankonia and appeared on their 2001 Grammy-winning single, “The Whole World.” However, it’s clear he’s hit his stride with Run The Jewels, his massively successful super duo with Def Jux co-founder El-P, who produced Bigga’s 2012 R.A.P. Music album. Since then, it’s been on. While he may have reached a level of fame he’s never experienced before, Mike is still humble about the culture, his true love.